King of New York and King of Tokyo are two of our favorite games. There is just something special about rolling those chunky dice and destroying a major metropolitan center. But, you know what ends up being MORE special? Expansions. We just love them. Unfortunately, they hasn’t been an expansion for King of New York yet, but that will all change later this year. 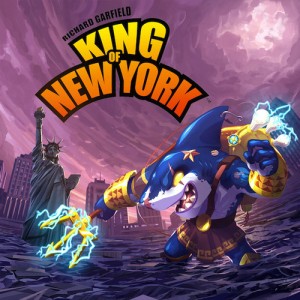 King of New York: Power Up! is an expansion that will launch in Fall of 2016. It will include a new monster named Sharky as well as evolution cards for all of the King of New York monsters. This will bring them in line with all of the monsters from King of Tokyo that received evolution decks in that games Power Up expansion.

My favorite part of this expansion is that it allows players who own both King of Tokyo and King of New York to customize their play experience depending on how deep they want their game to be.

The expansion will have a suggested price of $19.99 and will release sometime this Fall. That’s just in time to make a nice Holiday gift!

Board Game Review: Lost Cities – The Board Game