Sony held a major press event on stage at Gamescom 2014 on August 12, 2014. The program lasted over an hour and showcased a wide variety of games and some updates to their gaming initiatives. The following are the five most important things that we feel family gamers should know from the event:

1. PlayStation 4 is the fastest selling console in history.

Sony came right out of the gate to confirm that they have sold 10 million PlayStation 4 consoles to consumers. This is a huge number and bodes well for the console’s future. It will be interesting to see how long this unprecedented momentum will continue, but it shows no signs of stopping now.

What this means for us is simple. More consoles sold means more incentive for companies to make great games for them. The reality is that people who don’t even own a PS4 yet are benefiting from these sales in the form of better games down the road.

Rime is a PlayStation 4 exclusive independently developed game that is being developed by Tequila Works. It features a vaguely Greek-Mythology-themed aesthetic and a hand drawn art style that is overwhelmingly beautiful.

We don’t know a lot of details regarding how the game will play, but the game play video that was shown at the conference showed a lot of exploration in different environments. To be frank, though, I’m not sure I care. This game is too beautiful to miss.

3. Tearaway is being rebuilt for the PlayStation 4.

Tearaway was a PlayStation VITA exclusive that that was well received by critics, but it did not sell terribly well. The Vita install base (the number of consoles that has been sold so far) was just not big enough to let it flourish.

4.WiLD has been announced. 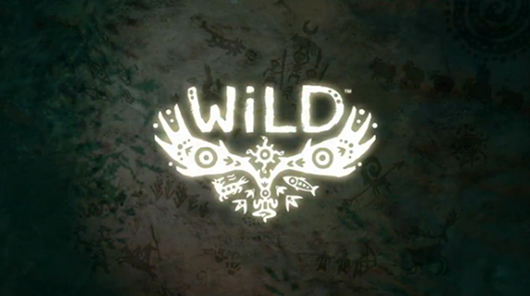 The man behind the spectacular Rayman franchise has been hired on by Sony to lead a team to develop a brand new game. WiLD goes FAR beyond the simple platforming of Rayman.

Players will be placed in a massive world (potentially the size of Europe) and given the chance to control any living creature on the map. The options shown included a primitive human, a wolf, a boar, and a bird among other things. We don’t know for certain if this title will be family appropriate yet, so we should keep it on our radar until more details emerge.

The trailer is posted here.

5. SharePlay is a VERY big deal.

Sony announced an upgrade to its operating system that brings several welcome changes. The biggest of which is SharePlay. This is a feature that allows PlayStation Plus subscribers to play games together even if only one of them owns the game.

They have since clarified that the playtime is limited to one hour sessions, but this is still a pretty good amount of time. The ability to play coop and competitive games is already baked into many games, but SharePlay gives players the chance to share single player experiences together by passing the controller! This is a great way to play games online. I can’t wait to do it!

What do you think? Did I miss anything? What are your thoughts on these announcements? Sound off in the comments!

5 Things We Learned at the Gamescom 2014 Microsoft Press Event