The internet has been swirling over the last few days with information leaked by Taobao, a Chinese retailer. They showed a series of images that revealed an upcoming line of Disney Infinity figures labeled for inclusion with a “3.0 Edition” of the game. The images include a number of new and interesting Disney Originals including Mulan, Olaf, and several characters from this summer’s Pixar film Inside Out. 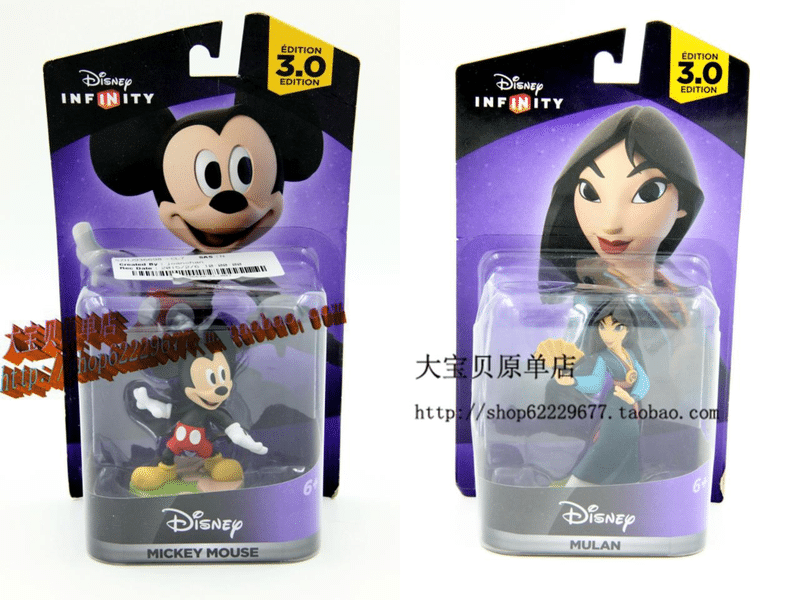 The complete list of characters shown in the leak are:

The leak also included information regarding a line of Star Wars themed figures that would be released leading up to the new film Star Wars Episode VII: The Force Awakens. Parents, if your children are Star Wars fans you will want to pay particular attention to this as the Star Wars figures stand a chance of being very collectible which will make them very hard to find in retail stores. We sent a message via Twitter out to Peer Schneider, the GM for IGN.com about our concerns. He didn’t share our concerns:

@Duetzmania If they can keep Elsa and Avengers on shelves, then I think they’ll be okay.

Disney Interactive has not made any formal announcements regarding a 3.0 version of their smash hit game, but no one should really be shocked that a new game is coming. We knew a Star Wars tie-in was coming from the day Disney Infinity was launched so that shouldn’t be a surprise either. The only real question marks we have now are: “When?” and “What else are they going to change about the base game?”