Below is a list of the biggest family video game news stories of the past week!

Nintendo held a press event in Tokyo this week to announce the successor to the late Soturu Iwata.

Their selection is a man names Tatsumi Kimishima who was the head of Nintendo America before Reggie Fils-Aime took over.

They also announced that Shigero Miyamoto-san would be promoted to “Creative Fellow” and Genyo Takeda has been promoted to “Technogy Fellow.” These are new positions within the organization that is “selected from among the Representative Directors who has advanced knowledge and extensive experience, and holds the role of providing advice and guidance regarding organizational operations in a specialized area.”

Minecraft Story mode by TellTale games has got to be one of the most bizarre pairings between IP and publisher in a long time. TellTale had made their mark on the video gamer world by producing a large list of amazing titles based on mature properties like Game of Thrones and the Walking Dead. Minecraft doesn’t really fit in with that bunch at all, but here we are.

Minecraft Story mode will be an episodic adventure game that  will include voice acting from the likes of Patton Oswalt and Paul Reubens (Pee-Wee Herman). The first episode is scheduled for release on October 13th, 2015. Keep your eyes here for a review! 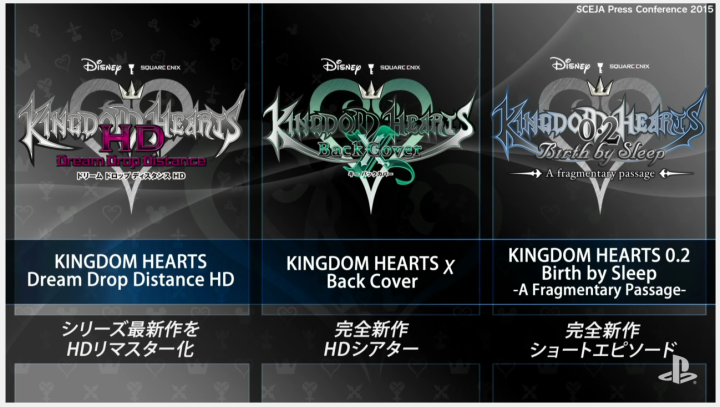 The title follows the company’s model of releasing three titles in the Kingdom Hearts franchise in one compilation.

Celebrate Talk Like a Pirate Day with these Pirate Themed Board Games!