Top Posts
8 Games From Essen Spiel 2022 That We’re...
11 Board Games That Help Teach History!
How to Play “Frustration” – an EFG Family...
Family Board Game Review: Fyra
Tips for Completing Jigsaw Puzzles
Step By Step How to Play Roller Coaster...
Board Game Definition of the Week: Trick-Taking Games
Family Board Game Review: Kingdomino
Board Game Definition of the Week: Meeple
Building Sportsmanship with Board Games
Home » Hearthstone: Knights of the Frozen Throne Has Released!
News UpdatesMobile DevicesAndroidPC gamesiOS

Hearthstone is one the first and most popular digital collectible card games. It was created as a spin-off of the popular Warcraft and World of Warcraft game series but has since taken on a life of its own. Hearthstone has set the tone for game design in online games the same way Magic the Gathering has influenced all other physical collectable card games.

Hearthstone is primarily a player against player game, where each player takes turns as they slowly collect mana crystals to play cards in their hand. These cards represent iconic Warcraft monsters, spells, items, and events that can be used to reduce the health of your opponent from 30 to 0. The art style and design is meant to bring out a very casual and relaxed feel. The vary name “Hearthstone” refers to the World of Warcraft item that let you return to the safety of an inn.

Where Magic: the Gathering distinguishes their cards using color to represent various themes and mechanics. Hearthstone cards are primarily divided into groups based on iconic Warcraft heroes and their classes. Players build a deck by selecting a hero and using cards based on that heroes’ class as well as a collection of neutral cards. Each hero also has a unique “hero power” that can be used once a turn to support their style of play. It is this combination of hero based deck building and the steady build up of resources to play cards that makes Hearthstone a lot easier of a game to play than Magic: the Gathering for some family gamers.

What also sets apart Hearthstone and other digital card games from their physical brethren is their free-to-play model of game expansion. Playing games as various heroes initially unlocks cards from that class and completing quests, tasks that require specific actions during a game, reward you with coins that can be used to purchase more packs of cards. While you can use money to purchase additional packs, daily quests and a weekly casual event known as a “Tavern Brawl” provide a steady stream of resources. There is also process for taking extra cards and turning them into a flexible resource for crafting specific cards. There is something satisfying to someone who has played for years with paper card games, to be able to turn a pile of extra cards into that elusive card.

What is Knights of the Frozen Throne?

Knights of the Frozen Throne is the 5th large expansion for Hearthstone. With this expansion comes cards that feature iconic characters and themes from World of Warcraft: Wrath of the Lich King. Arthas the Lich King and his lieutenants of the Icecrown Citadel are available as creatures to summon along with legions of monsters and spells inspired by the treacherous Northrend. 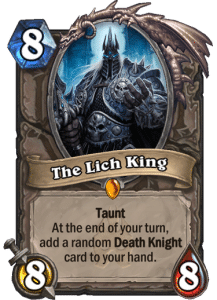 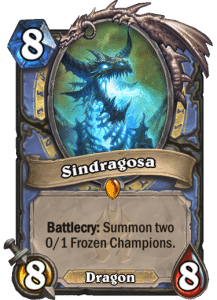 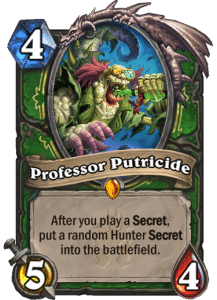 Why is the Awesome?

A single player story mode featuring The Lich King himself will be available for all players. The challenge is a series of matches versus computer opponents with special hero cards and decks based on iconic villains of the Icecrown Citadel. Players who conquer this gauntlet of challenges are rewarded with a free legendary card that is a card type unique to this set…

This set features a new set of legendary cards that represent the nine iconic heroes falling under the sway of the Lich King. These cards have an immediate effect when they are played and replace each character’s hero power with an evil, and significantly more powerful, effect. Personally I am excited for the corrupted 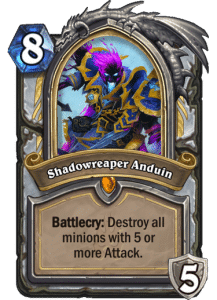 While announced several weeks ago, this set marks the starting of new features that are geared towards newer players. A legendary card is guaranteed to be opened in the first ten packs of any set purchased, and duplicate legends will never be opened. If a player would open a legendary that a player already has, the game replaces it with a different legendary that the player does not own. These changes were made in response to player feedback on the frustration of opening duplicate legends or very few epic or legendary cards at all.

Players of Magic: The Gathering and other card games will know this by names like Lifelink and Drain. Cards with Lifesteal heal your hero for as much damage as they deal. This ability is put on creatures and spells, and some death knight hero cards give lifestealing weapons or hero powers. While life gain by itself is not a strong ability, pairing it with a creature or a removal spell can never be a bad thing. 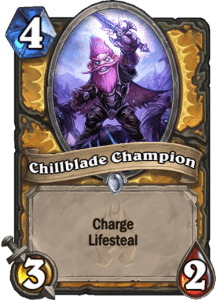 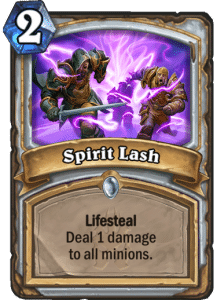 Two mechanics that are at the core of Hearthstone are getting a large infusion of cards from this set. 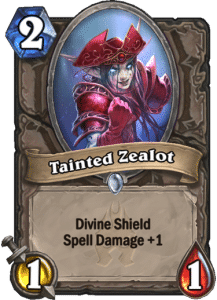 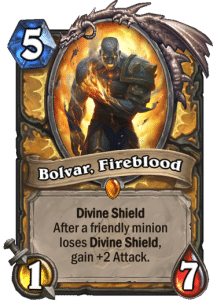 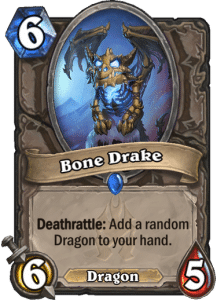 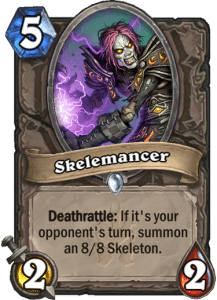 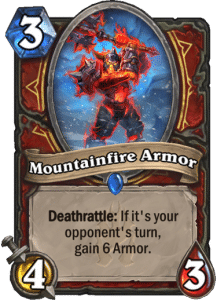 Why should you pick up this game?

Hearthstone, and its recent expansion Knights of the Frozen throne, is a game that is easy to learn and play for computers, tablets and mobile devices. It offers one of the best free to play experiences around and its short games are perfect for gaming opportunities when time is short or physical space is limited. With it being an online only game, it is important to note that chat and social interactions are opt in, which is important for younger family gamers.

The Mouse from Moss Is Learning ASL (And Everyone Loves it!)