Rive, by Two Tribes,  is a platformer coming to the Wii U, PlayStation 4, Xbox One, and Steam that features a spider-tank with a machine gun that can also hack nearby electronic devices. You control the tank as you infiltrate an enemy base filled with kamikaze robots, traps, and massive robot bosses all bent on your destruction.

That description likely evokes a dark and gritty gaming experience for a lot of you, but I am pleased to report based on my brief demo that Rive is nothing of the sort. This is a fun arcade platformer that made me think more about Contra from my time playing on the NES of my childhood than Call of Duty or Battlefield.

The most striking element of Rive is the use of color. This isn’t exactly a Geometry Wars clone by any stretch, but the lead artists use vibrant neon colors whenever possible and the result is a much brighter and more cheerful game than anything involving a spider-tank has any right to be. I don’t mean that is a bad way either. My demo was short, but it was gorgeous. Every fight resulted a cool splash of neon lasers and explosions. 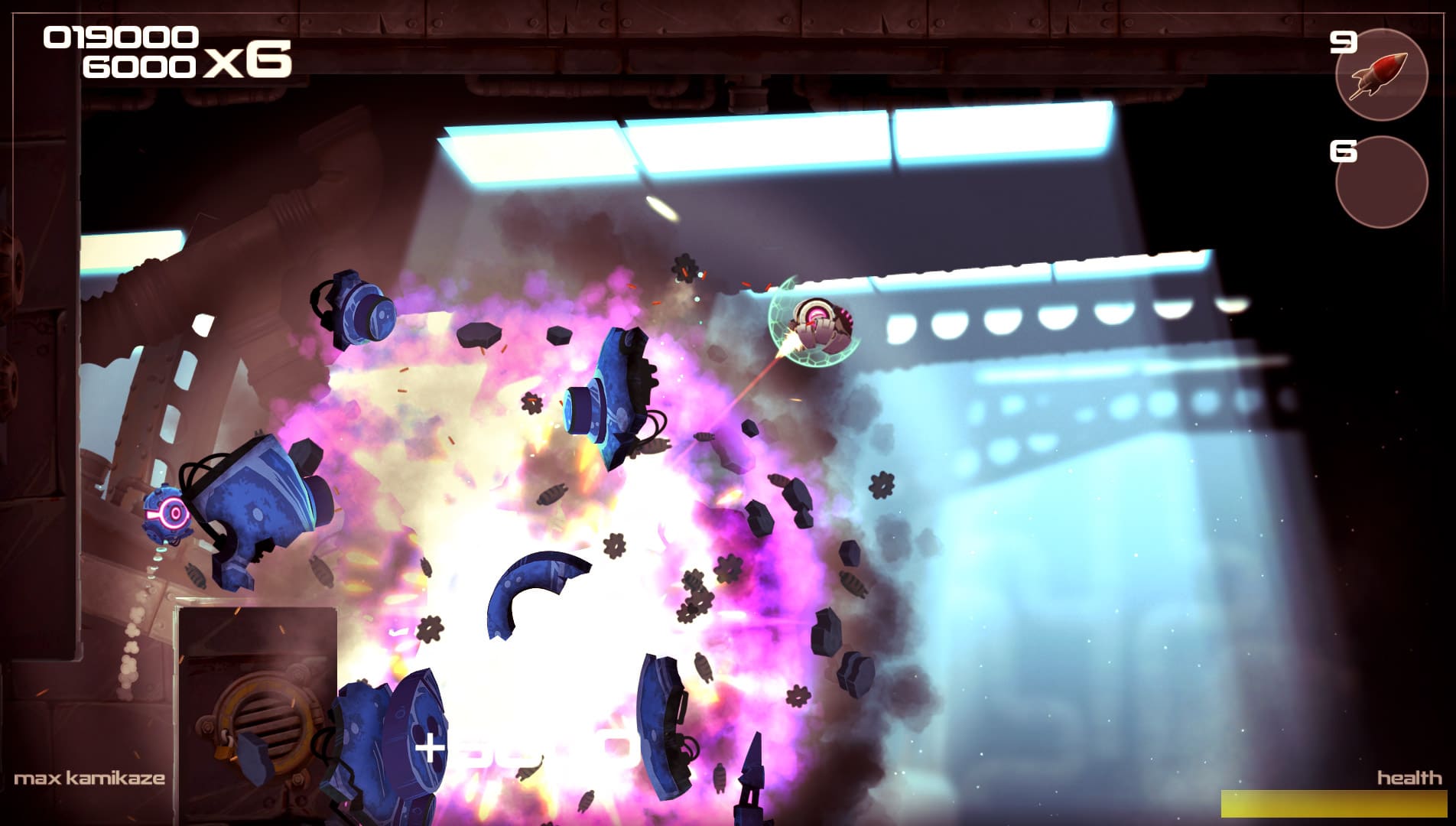 Just look at it! Beautiful!

Gameplay was simple enough that my oldest was able to make his way through the demo, but it was apparent that they had a lot of design space available to ramp up the difficulty. Rive controls like a twisted hybrid of a twin stick shooter like Geometry Wars and a platforming game like Guacamelee. You have a machine gun that can rotate 360 degrees which makes bouncing around the levels blasting robots to bits a blast.

What really sets the game apart from other arcade style shooters is the hacking mechanic. The tank can go into a “hacking” mode that can interact with switch boxes to open doors. It can also hack repair bots to follow it around and heal damage. The devs only showed a few of the hacking options in the demo, but it is safe to assume they will include more in the full game upon release.

I think this one has a lot of promise and look forward to playing it when it comes out. Keep your eyes on Engaged Family Gaming for a review when the game releases this summer!