Top Posts
8 Games From Essen Spiel 2022 That We’re...
11 Board Games That Help Teach History!
How to Play “Frustration” – an EFG Family...
Family Board Game Review: Fyra
Tips for Completing Jigsaw Puzzles
Step By Step How to Play Roller Coaster...
Board Game Definition of the Week: Trick-Taking Games
Family Board Game Review: Kingdomino
Board Game Definition of the Week: Meeple
Building Sportsmanship with Board Games
Home » Project Ukulele Kickstarter is Going to Launch May 1st!
News UpdatesConsole / PC Gaming

Project Ukulele was officially announced by the developer Playtonic earlier this year at EGX Rezzed 2015.  It is intended to be a spiritual successor to the smash hit 3d platformer Banjo Kazooie. They announced at the time that they would being using crowd funding to help fund the development of the game, but did not have any real details aside from a few bullet points. 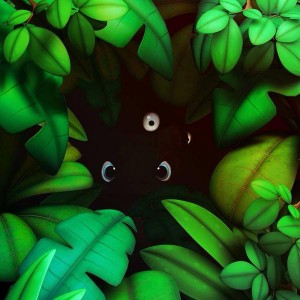 This is the teaser image posted on the Playtonic Twitter feed.

We don’t know much more about how it will all work, but we now know that the Kickstarter for the game will launch on May 1st.

Details about the game itself are sparse, and will likely remain so until the Kickstarter launches, but they did post an interesting interview with the chief environmental artist for the game, Steven Hurst.. I’m sure that many people are thinking of Bob Ross here, but Steven’s job involves much more than just painting happy little trees. He is actually responsible for designing the look and feel of each of the game’s diverse levels. 3D platforms are all about exploration, so the aesthetics of the 3D space players are exploring is of critical importance. Think of his role as similar to that of a set designer in a Broadway Show.

The highlights of the interview they posted are below:

What’s the step-by-step process of building a game world?

“Well, first of all I`ll get a very rough idea from the designer about what should be in the level and where. From there it`s a matter of producing a very simple `block out` that can be played and refined until everybody`s happy that it`s the right size and `feels right`.”

Then the magic begins! Now I can start to flesh out the world and model all the details so that it looks more natural and organic, as well as adding textures and setting up the lighting. I also like this stage because it`s when you can add the little extras and secret stuff that players can explore and unearth.”

What are you doing differently for Project Ukulele compared to your previous games?

“Now we want to be able to expand levels and the detail in those worlds needs to be much greater, levels are often built using more modular pieces that you can reuse around the level.

In some ways this is easier than it used to be and means that making any changes to the world is much easier. We also have less restrictions now about what we can do with the worlds – previously you`d always have one eye on the limitations of the hardware, but now things have advanced so much (physics, real time lighting, etc) that we can do anything we like!”

Right, the important question: Do you ever get bored of drawing trees and shrubbery all day?

“Doesn`t everybody just use SpeedTree now? Seriously though, trees and bushes are probably the most challenging things to do and I think I`ve probably spent half my working life working on the things! I still enjoy the challenge of creating `good looking` ones though!”

We’ll post more details once the Kickstarter goes live on May 1st, but this is definitely shaping up to be a great looking game.