Exciting things happen in the world of gaming every single day. Everything happens so quickly that it can be tough for a parent to keep track of. Between work, carting the kids to everywhere under the sun, cooking, cleaning, and maybe (just maybe) getting a chance to sleep for a few hours parents just don’t have the time to keep up with everything happening in their child’s hobby.

If the above paragraph describes you, then we have an answer for you. EFG will be publishing a digest of some of the biggest gaming news that your family needs to know every Monday night! 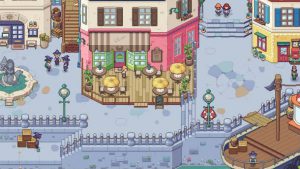 Chucklefish Games, the company who published Stardew Valley, teased their next game this past week and it looks like it will be pretty captivating. The theme is a wizard school that is definitely not based on the Harry Potter universe. Nope. No siree. That would be bad. This one will likely be legally distinct, but have a lot of clever winks and nods to the source material.

We dont have any details yet, but we’re already excited.

Wizards of the Coast has been trying to find a qay to bring its venerable CCG, Magic: The Gathering, to the digital space for years. It currently exists on MTG Online, but that service is difficult to follow and doesnt truly represent what the game looks like when played on a table. The answer to this problem appears to be MTG Arena. It was just recently revealed by Wizards and is currently in a Closed Beta.