Tokyo Mirage Sessions #FE is a Japanese RPG that blends themes and characters from Shin Megami Tensei and Fire Emblem. This is a combination that shouldn’t work, but they manage to pull it off nicely in this deep and strategic RPG.

It is entirely possible that Mirage Sessions will go down as one of the most criminally underrated games on the Wii U. It is beautiful, it’s art style is interesting, the combat is challenging, and the characters are entertaining. There will be some folks who don’t appreciate the Japanese cultural influences in the game, and that makes sense to a degree. But, unless you have a significant aversion to J-POP music, then these things should not frighten you away. 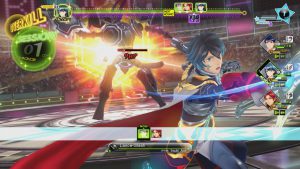 The story itself is straightforward. Humans all possess a magical energy called “Performa.” Some people, mostly singers, actors, artists, etc, have more Performa than others. This energy can be used for good or evil, so obviously, there is an evil demonic force that wants to capture all of it and use it for nefarious purposes.

Players control a team of Mirage Masters. These are people who have formed a bond with a “mirage.”  These are essentially the spirits of characters from the Fire Emblem universe. They grant thei Mirage Masters unique abilities and defenses to help battle against the demon armies.

The story is interesting enough, and contains some interesting twists so I won’t discuss it here, but the game really shines while in combat. Players control a team of three characters as they participate in turn based battles. You are encouraged to take your time and plan as all sorts of information is available while you fight. You can see the exact turn order in a bar across the top of the screen, and each monster has a window associated with them that identifies their weaknesses and defenses. This information is critical for two reasons.

Sessions isn’t without is flaws though. Several of the dungeons in the game are so large that they need multiple trips back and forth to town to complete. This really stifled my desire to explore as I was often retracing some of my steps. 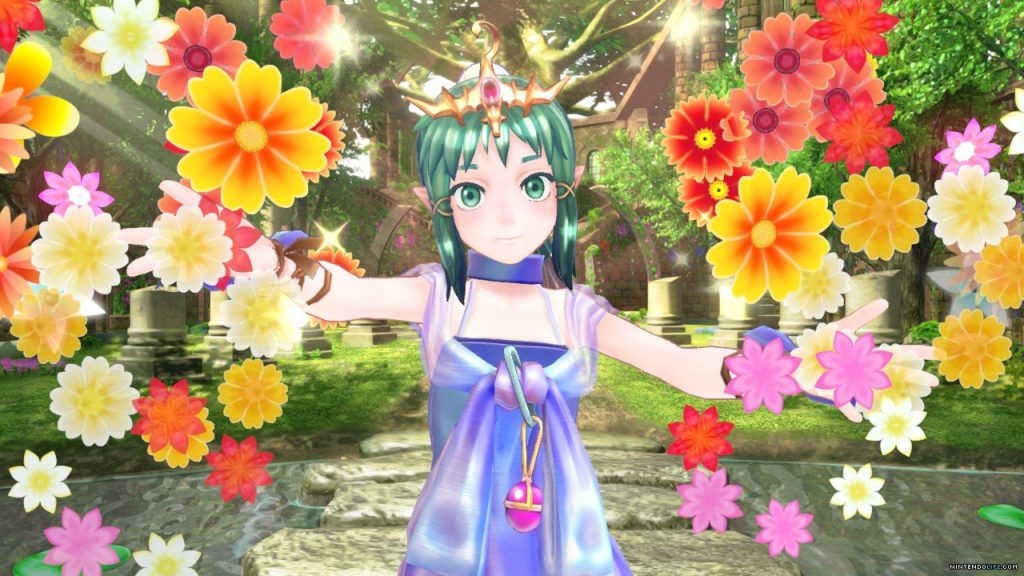 Well. No. Not really. At the end of the day this game is heavily inspired by anime. As a result some of the outfits and animations are a bit sexualized. That isn’t to say that the entire game is all about those themes, but they are certainly difficult to avoid.

Some of the monster designs are pretty creepy, so that is definitely something to consider as well.

ESRB: T for Teen
Content Descriptors: Fantasy Violence, Language, Suggestive Themes, Use of Alcohol
Other: Online Interactions Not Rated by the ESRB (Wii U)
Rating Summary: This is a role-playing game in which players assume the role of a high-school student who solves a mystery while helping his friend become a pop idol. As players explore dungeon-like environments, they engage in turn-based battles with fantastical enemies known as Mirages. Characters take turns selecting moves from a menu in order to use arrows, spears, swords, and magic attacks to defeat enemies. Battles are highlighted by yells, impact sounds, and light effects. Some female characters are depicted wearing low-cut clothing that reveals large amounts of cleavage; a handful of cutscenes contain brief close-ups of characters’ cleavage. Characters occasionally engage in suggestive dialogue (e.g., “I need no praise from some disappointing 3D girl with a 2D chest!”). In a handful of scenes, a character is depicted drunk and hungover (e.g., dry-heaving sounds, slurred speech); players are to tasked with finding a hangover remedy for her. The word “sh*t” appears in the dialogue.

Tokyo Mirage Sessions is a deep RPG that involves a lot of strategy. You can take your time during battles. But, no amount of patience can make up for being bad at dealing with complex decision making.

I think that the Tokyo Mirage Sessions #FE is being criminally underrated for its value as an RPG. Any adults waiting for Final Fantasy XV should check it out. With that said, if you are looking for an RPG to share with your kids, then you may want to look elsewhere.

Board Games from GenCon 2016 That We Want to Play!