Editor’s Note: This article was originally published on Pixelkin.org as part of their E3 Coverage. They are another site that reviews games for families much like us. Check them out when you get a chance!

Electronic Arts held their E3 Play press event on June 12th, 2016. They brought a new trailer for Madden NFL 17 as well as information regarding significant updates to the game’s Franchise Mode.

The most significant update comes in the form of the “Play the Moments” feature. This works by giving players in Franchise mode the chance to take the helm at critical moments throughout the game, while simulating the rest. Focusing on critical red zone drives, key third down stops on defense, and late game scoring opportunities will keep the games moving and will let players complete a season over the course of a weekend. 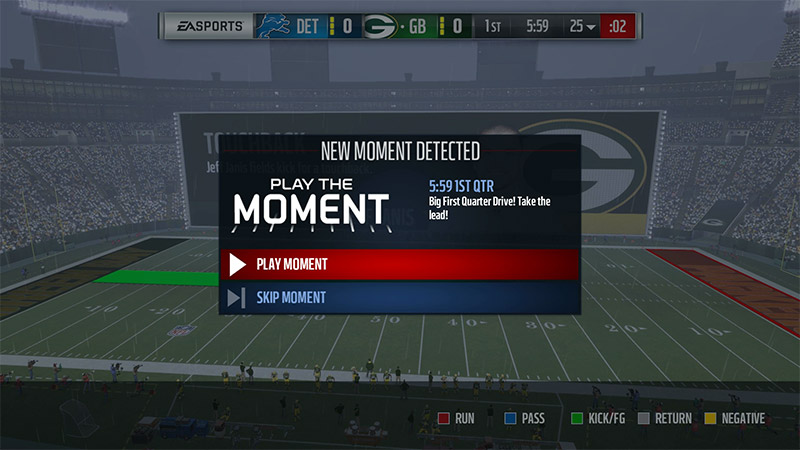 The updates aren’t all on the field though. There are improvements between games as well. Players will be able to use Franchise gameplanning to help tailor their strategy to help take advantage of their teams’ strengths or their opponents’ weaknesses. This influences practices in between, and play selection during, each game.

The Big Decisions system also allows players to take on the role of a General Manager for their favorite team and decide when to bring players back from injury, signing free agents, and even negotiating contracts with players. This is an unprecedented level of control for players and, if implemented correctly, might even give some insight into the decisions some of our favorite teams have made over the years.

These sure are big updates, but don’t just take my word for it. Take a look at this video from Mike and Mike (of ESPN Radio fame) where they lay it all out on the table.

The bottom line? Madden NFL 17 looks stunning and includes some highly sought after feature updates. This is going to be a great year to be a Madden fan!

Electronic Arts is Bringing Fans a LOT of Star Wars!