Interactive games toys are taking over the video game space! Skylanders may have brought the genre to the mainstream, but Disney Infinity killed it during its first year on the market with 3 million starter packs sold and $500 million in retail sales. That is a HUGE figure for a new game series. So huge, in fact, that a follow up was inevitable.

Here are 5 things that we learned from the Disney Infinity: Marvel Super Heroes announcement event:

Players can continue to use their favorite characters, power discs, toy boxes, and even the original BASE! This doesn’t necessarily come as a surprise, but it is welcome news. Parents shelled out a lot of money for Disney characters, so far, and it would be a shame for them not to work with the updated version (Besides, now we might get to see who would win: Thor vs Mr. Incredible!).

They showed us six of the playable characters and their requisite figures.

Spoiler Alert: These figures are going to be a hot commodity this fall. I expect that collectors will be buying these figures up even if they don’t play the game. They are just that amazing.

More of the characters will be announced in a month at E3 (Don’t worry! We’ll have you covered there).

One of the biggest complaints made about the original game was that there weren’t enough game experiences outside of the play sets. The Toy Box itself was there, but a lot of kids struggled to build anything meaningful with it. Toy Box Games are the answer to that problem. They are essentially power discs that include pre-made, bite-sized game experiences. They will be based on different game genres and themes within the Disney Infinity game engine. The starter pack will come with a “tower defense” game and a “dungeon crawler.” This is an excellent value add because Toy Box Games can be released on their own down the line as mini-expansions. This has a lot of potential!

4. The Toy Box mode has been DRASTICALLY improved

One of my biggest frustrations with the original Disney Infinity was with the Toy Box mode itself. My sons struggled to build even the most basic environments, they would dabble for a short while, get frustrated and move on to something else.

The new Toy Box mode includes a number of improvements that will likely make it possible for even the youngest gamers to get in on the action.

“Brush Mode” is the most significant improvement. This setting lets players select an environment and paint an area of whatever size they choose, the game will then procedurally generate that environment! You want a big ol’ city? Sure. Select the city option and brush it onto a large open space in the Toy Box. BAM! The city will create itself. This is huge for young players just looking for a fast and easy experience.

The Starter Pack will include:

The key difference here is that players will be able to play multiplayer inside a play set right out of the box (The Iron Man figure is also absolutely amazing).

We know that we’re excited here at Engaged Family Gaming, but what about you? Sound off in the comments! 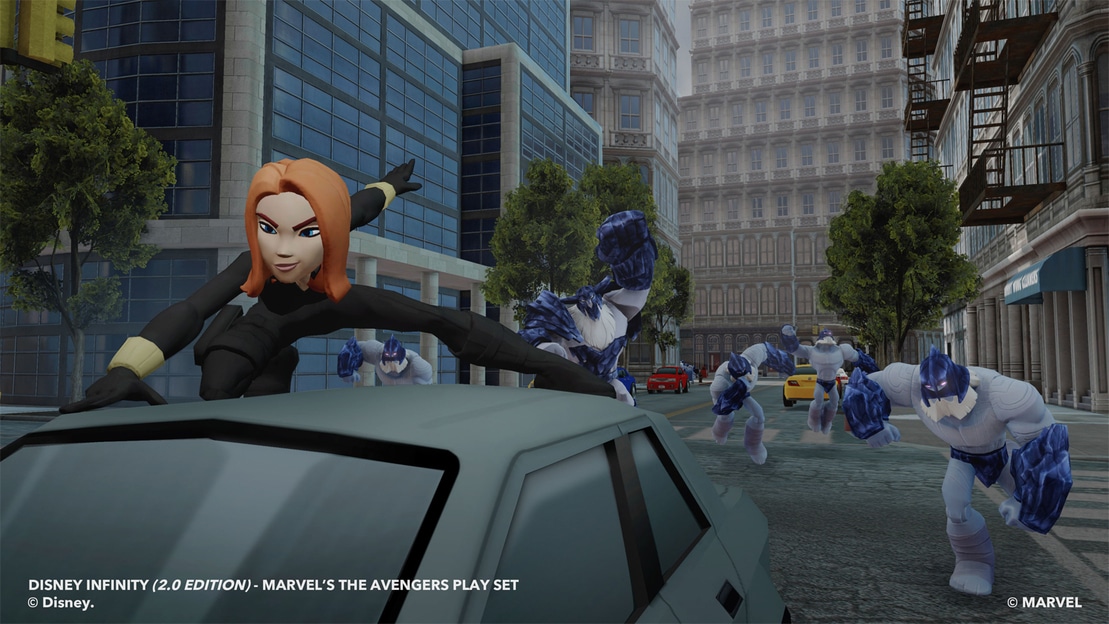 Black Widow is a fast melee character whose moves will match her style! 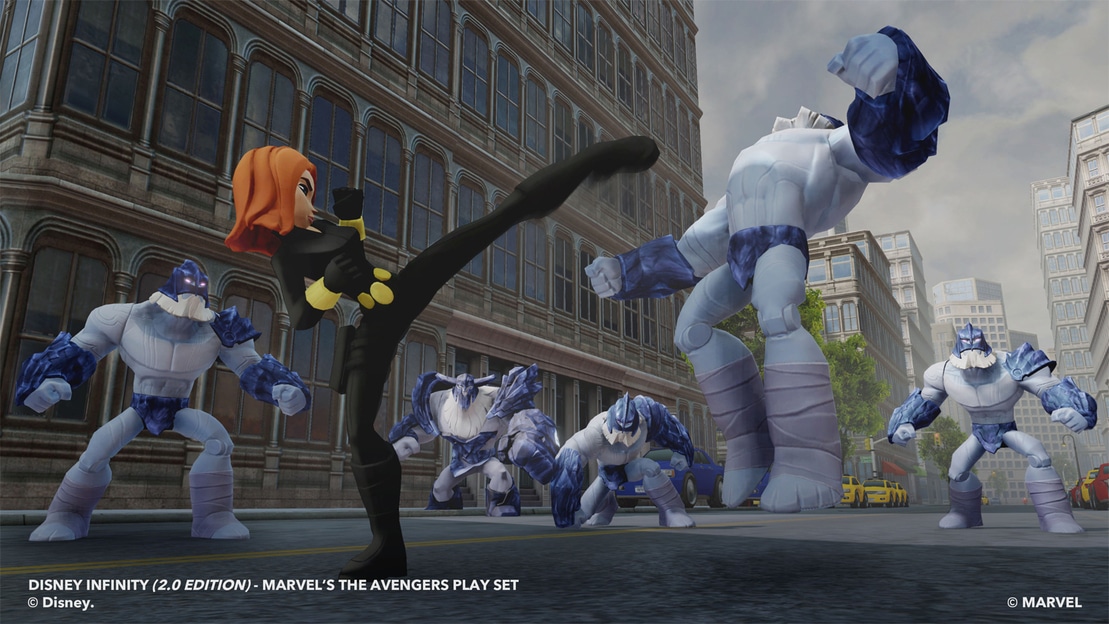 Black Widow is a strong female character who can get in even the biggest bad guys faces! 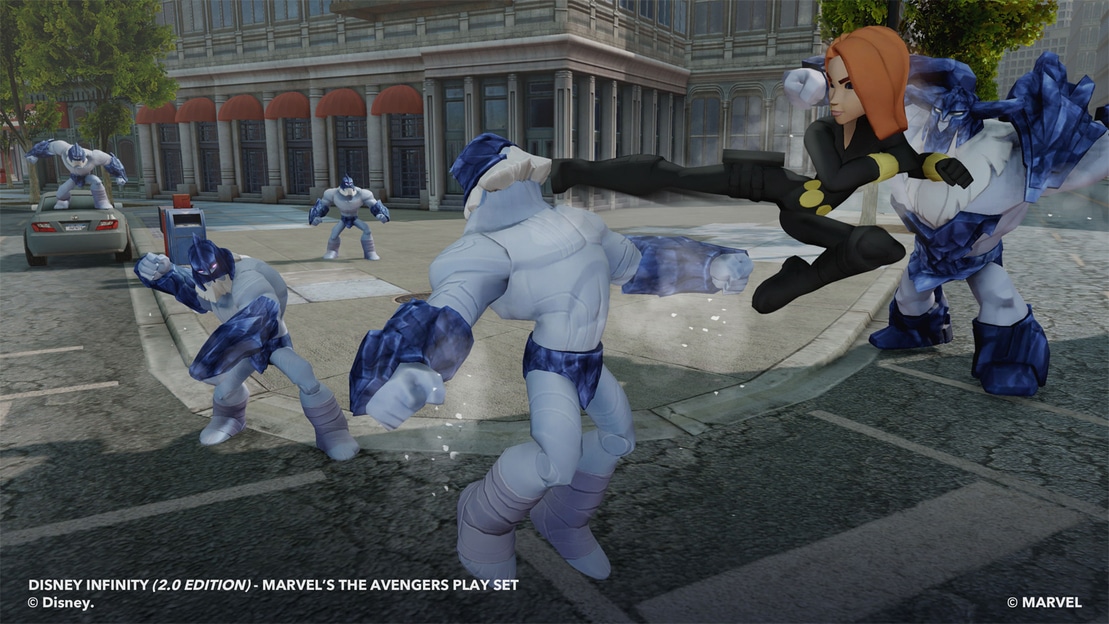 Black Widow does not mess around! 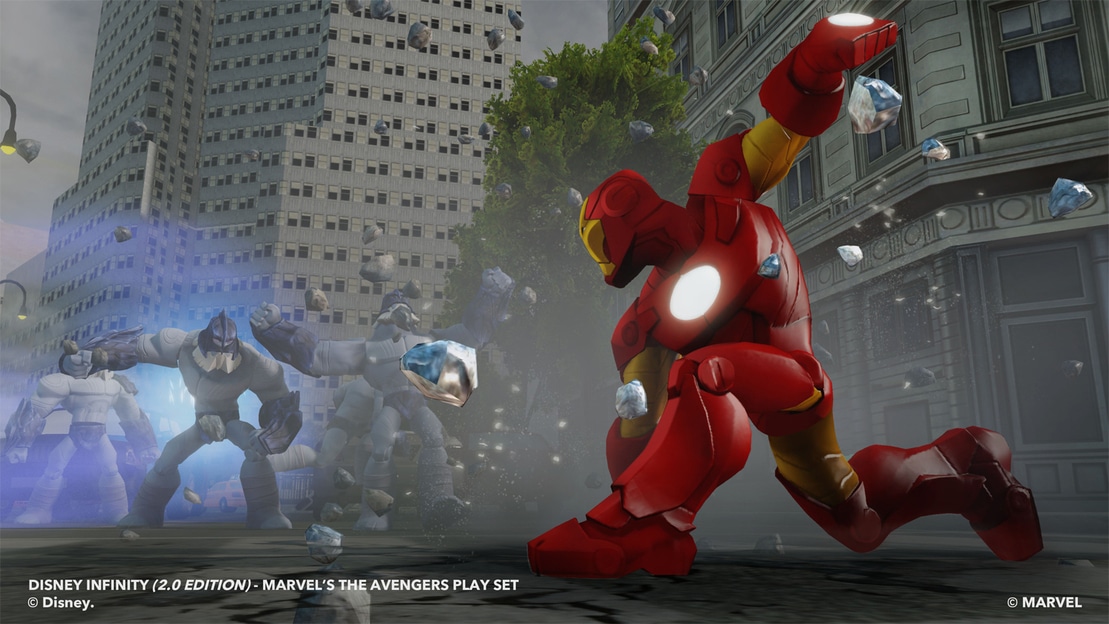 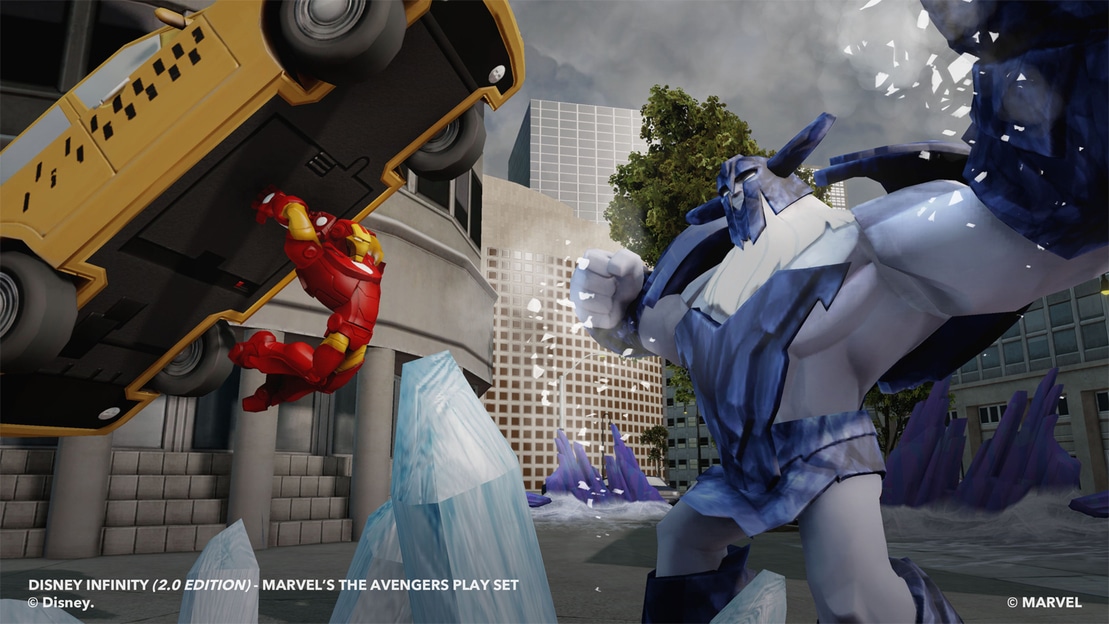 Hulk isn't the only Avenger with strength! 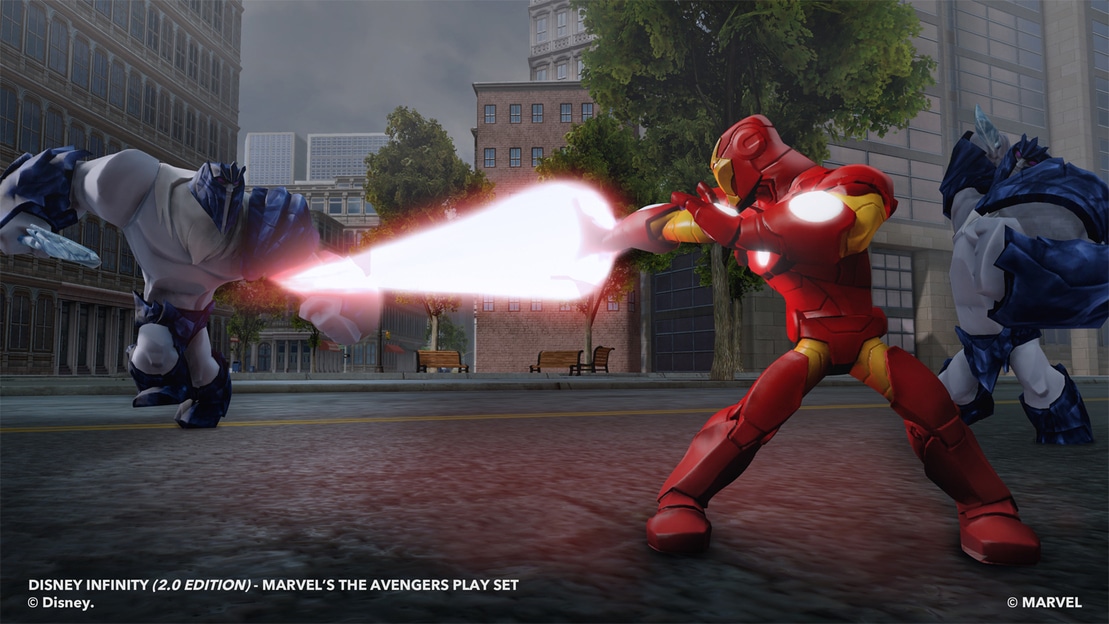 Iron Man will have his signature repulsor blasts! 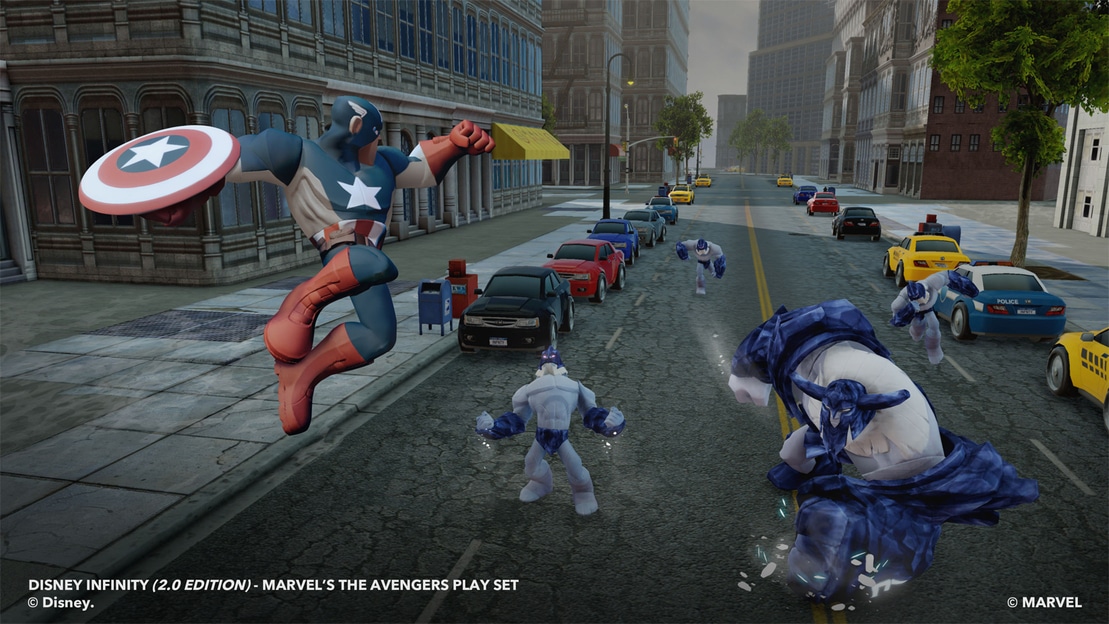 Captain America is a brawler. He has his shield to give him some range though. 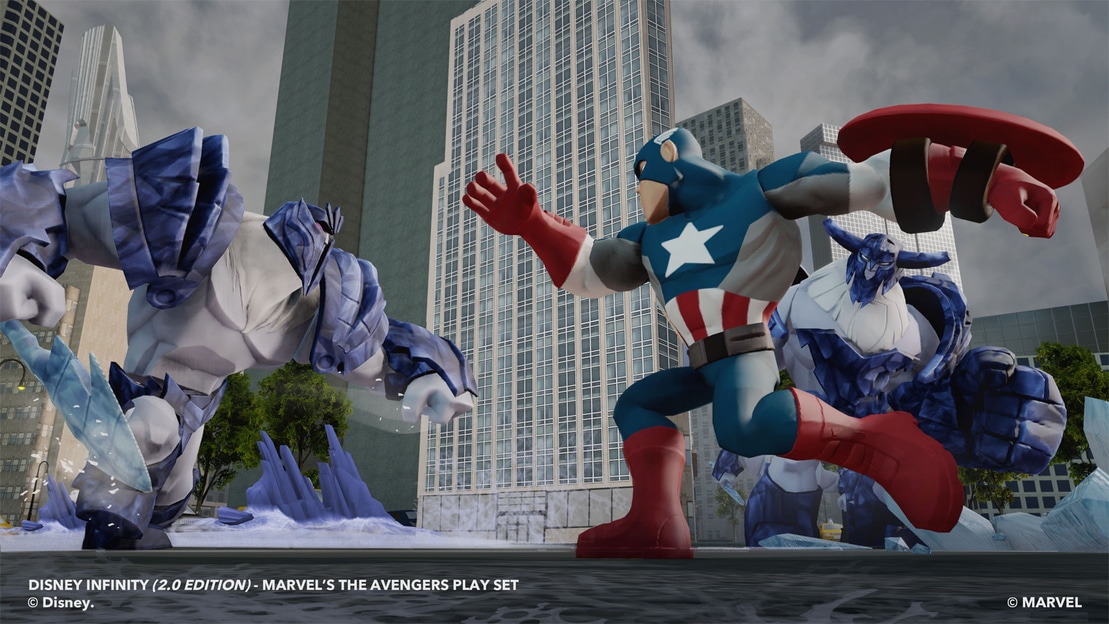 Captain America's shield will be great for keeping enemies at bay. 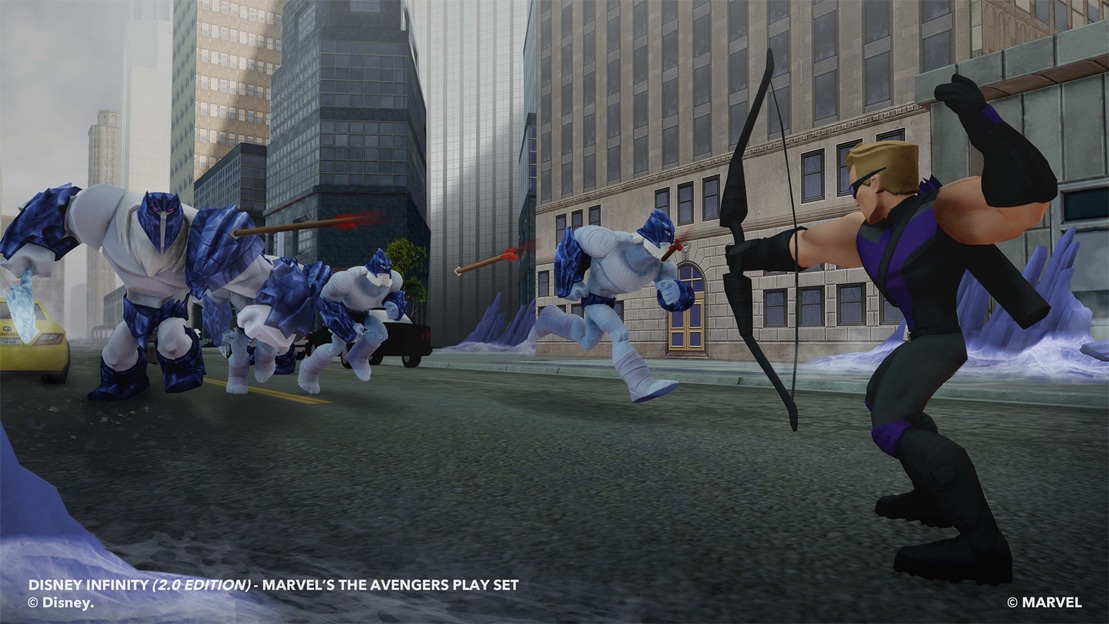 Hawkeye's ranged attacks will do a lot of damage, but you'll need to be careful to stay at range! 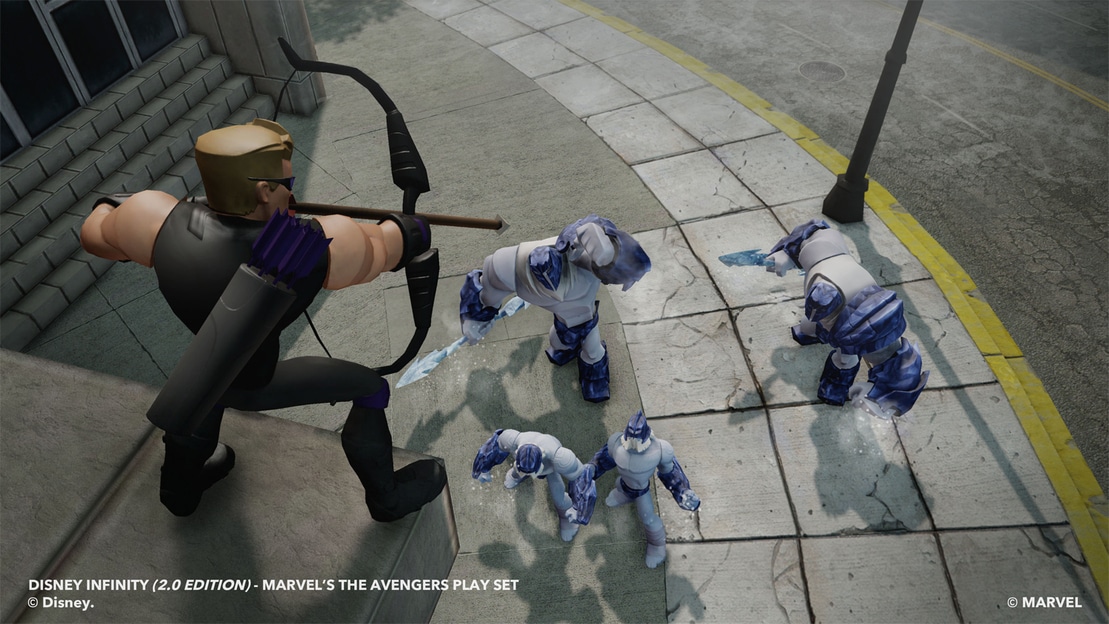 Hawkeye can take advantage of the high ground like no one else! 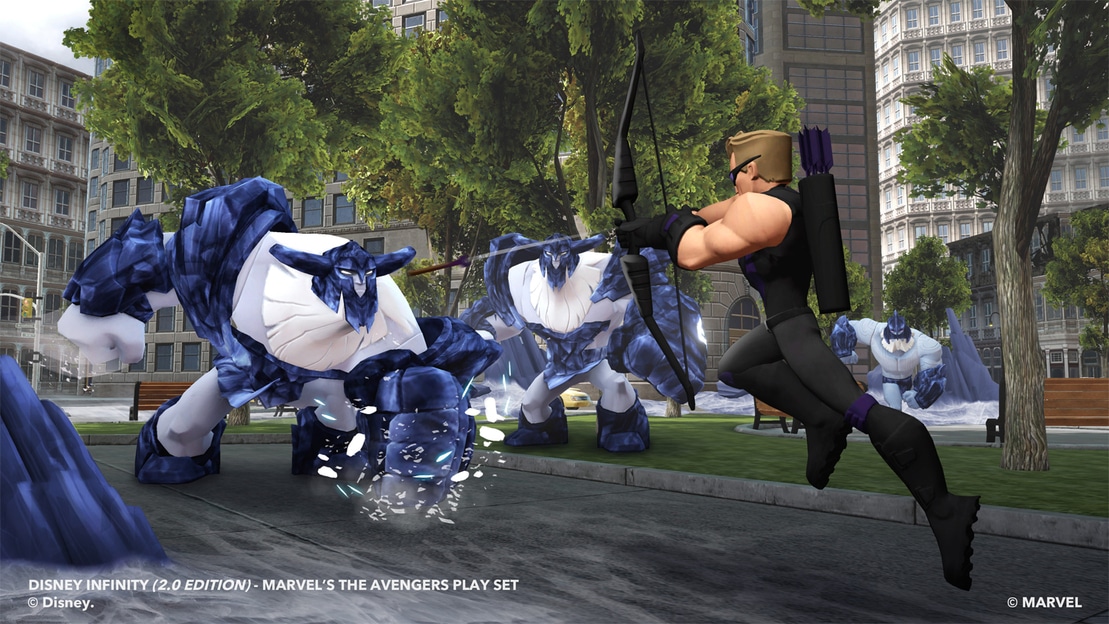 Hawkeye won't be afraid to charge in though! 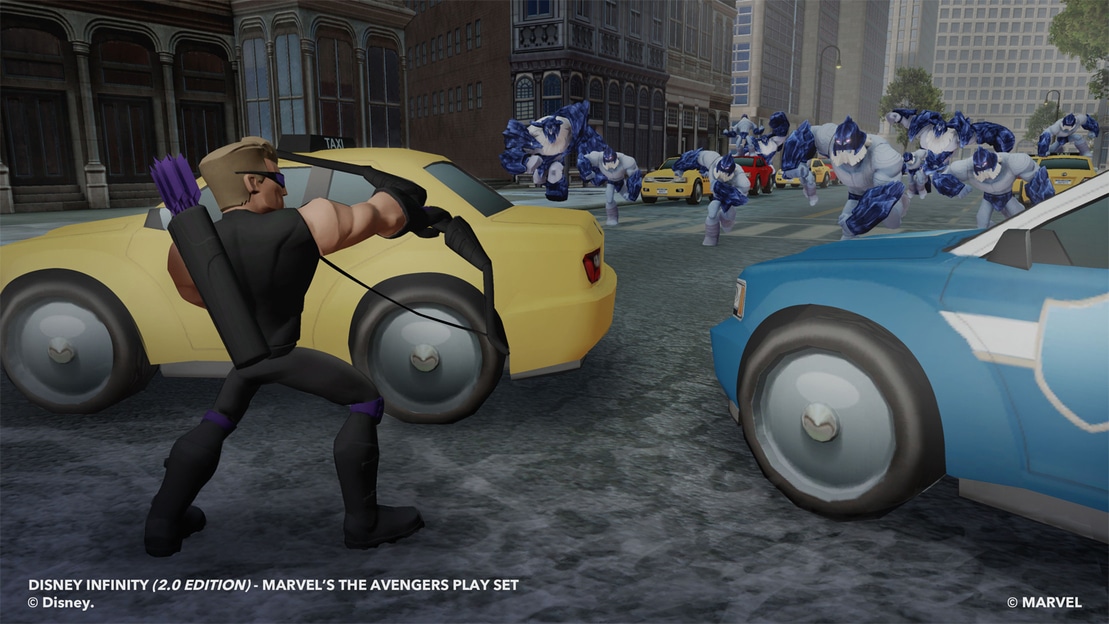 Hawkeye is a ranged character, but he can mix it up if enemies close in on him. 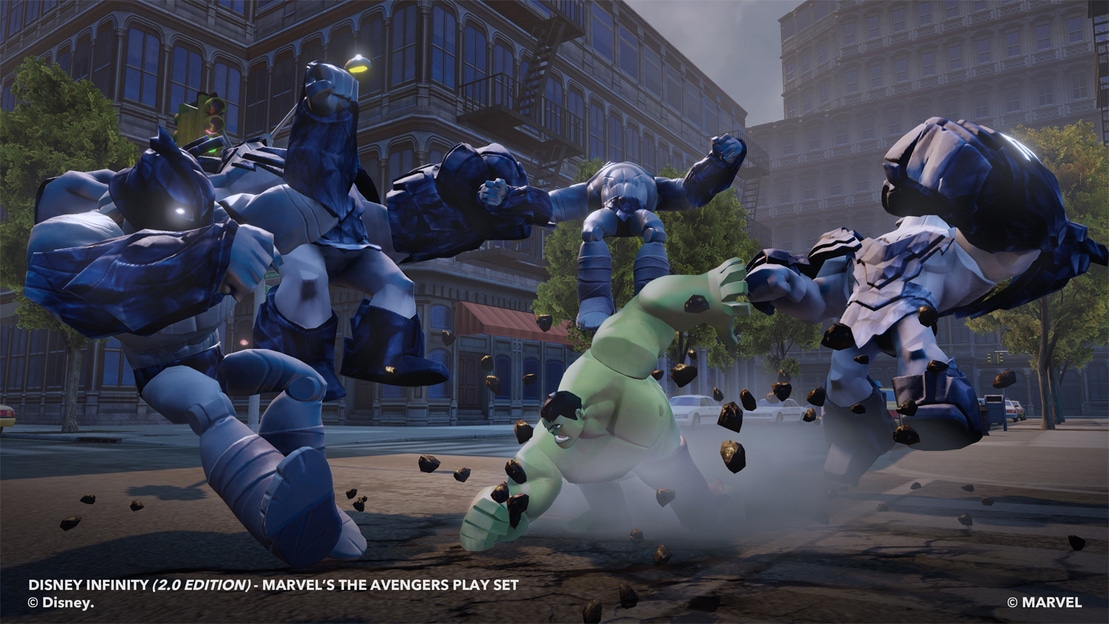 The Hulk is a brawler character. (Surprised? Neither were we) 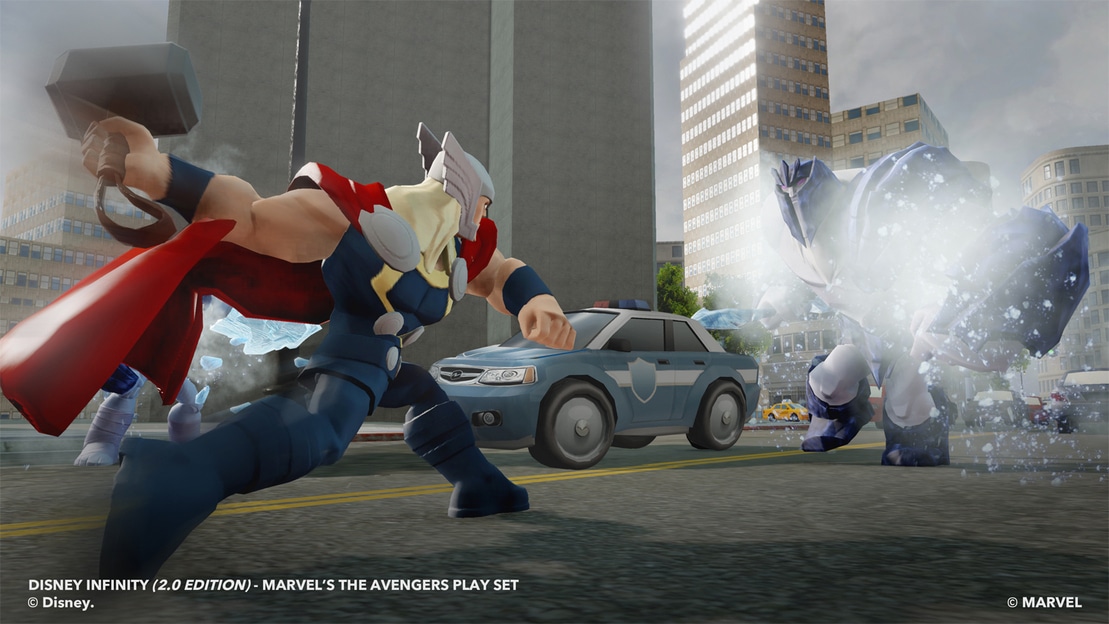 Thor, and his hammer, will be joining the action as well! 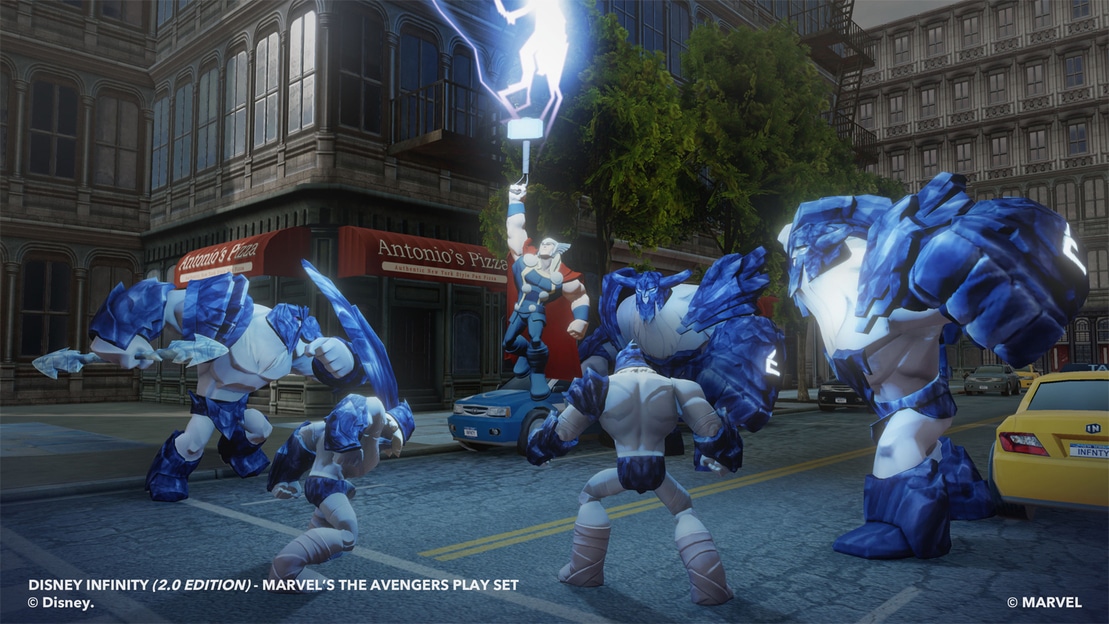