ESRB Rating: E for Everyone

This game was reviewed on Wii U 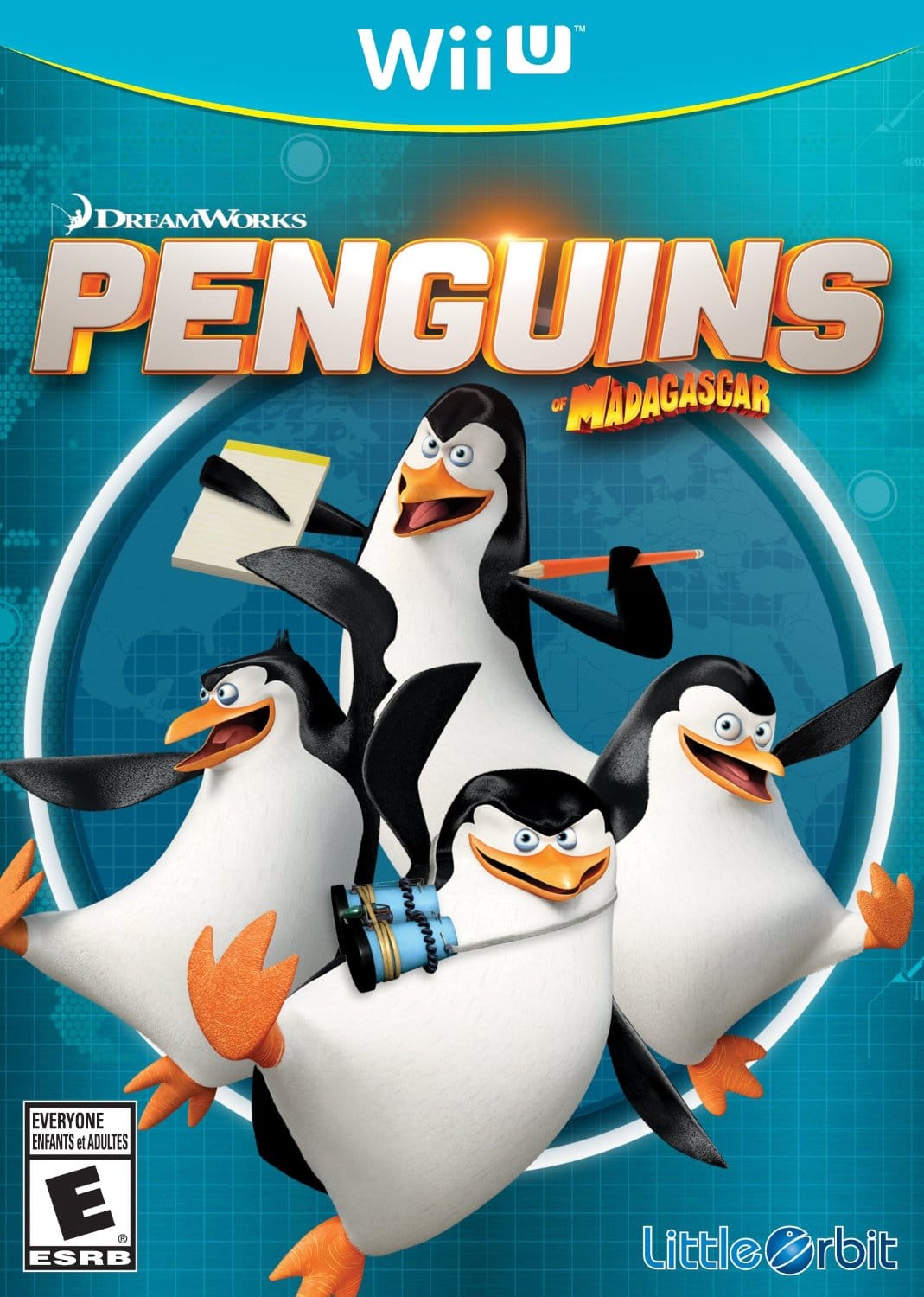 These Penguins are hilarious… just look at them.

Anyone who has children between the ages of 6 and 12 will be aware of the Madagascar franchise. What could have turned out to be junk several years ago has resulted in several sequels and even a few spinoff TV series. The star power in these films has been great, but even after all of that the success feels like an accident. It feels like family targeted comedic filler that stumbled upon a killer formula that resonated. The Pengiuns of Madagascar are, in my opinion, the best part of it all.

These four penguins reveal a lot of interesting world building on the part of the film’s writers. In this fictional world there is a secret military organization run by animals. This is interesting because these characters embody a lot of the different secret agent and paramilitary tropes that are common in other, often mature, films. I envision a lot of kids growing up and seeing these military tropes and identifying them with these Penguins. This might be hilarious… but that doesnʼt make it untrue.

The game based on the recent film release Penguins of Madagascar functions similarly. It looks and sounds like crappy family filler, but it ends up being a child friendly version of a stealth action game with some tricky puzzles included.

Gamer parents are constantly on the lookout for ways to share their favorite genres with their children. I know I am guilty of this. I love JRPGs and I am constantly on the hunt for RPGs to put in front of my sons to see if one of them will make them bite. Stealth gamers: This might be the best shot you have. It may sound absurd, but Penguins of Madagascar will provide children with some of the basic stealth gameplay vocabulary that will be required for them to eventually succeed at games like Metal Gear Solid and Dishonored albeit in a MUCH simpler form.

Donʼt get me wrong here. Penguins is a very simple game. You control the entire crew while you traverse multiple levels in an attempt to overcome a diabolical scheme involving an octopi army. The story is as absurd as the plot for the film (or the TV show, or any of the other Madagascar properties for that matter). Players are required to traverse multiple levels while avoiding enemies and solving environmental puzzles. Each penguin has a unique ability that is required to overcome a different set of obstacles. Regularly switching between the different penguins is required.

This is not going to be a game changer for you as a player. It moves slowly, and the puzzles themselves will be somewhat annoying for more experienced gamers. But, if you like watching your child succeed this is going to be a lot of fun for your family.

There is nothing to see here. Just penguins karate-chopping octopi while rescuing each other and eating cheesy puffs. Play without concern.

The controls here are not difficult to master. There are very few buttons involved so even younger players will be able to grasp it. More mature gamers might be frustrated that there is no dedicated button to switch between the aforementioned penguins, but this is largely a quality of life issue for us.

If your child is an experienced gamer then feel free to let them play alone. They will not likely have too many struggles. However, if this is your childʼs first “real” game it might be a good idea to be available so they donʼt get frustrated.

If your child is a HUGE Madagascar fan, then this is not a bad purchase. There is enough here for younger gamers to enjoy and they will pick up some skills that will serve them well in future games.

Full disclosure: A download code was provided for the purposes of this review