Brawlers are a great genre for families. They give more skilled parties (be they parents or children) the chance to help the less skilled players enjoy the game experience together. Castle Crashers has been a fan favorite for years, but Viking Squad looks like it has the chops to help carry the torch even longer.

Viking Squad, by Slick Entertainment,  is a three player cooperative brawler that is themed around viking warriors who are trying to wage war on supernatural horrors.

There are four different playable characters: a grey-haired character who fights with a sword and shield, a berserker who duel wields battle-axes, a warrior maiden who fights with a massive hammer, and a lithe male archer who looks to offer a change of pace to the other three bruisers. 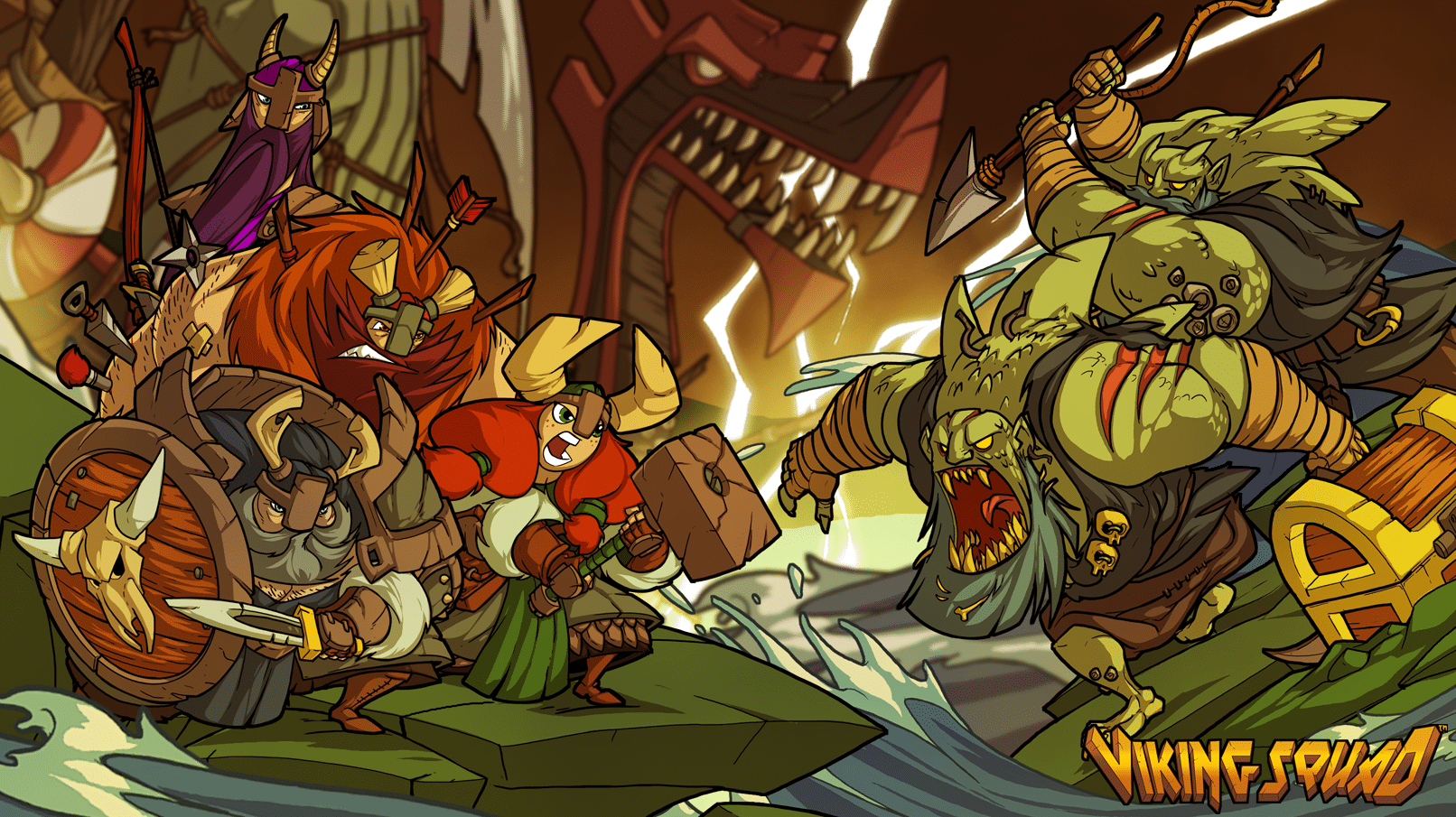 The three non-archers are monstrous and intimidating figures. All of them, the maiden included, feature broad shoulders and a low stance that tells everyone around them that they mean business. This is especially important in that the female character is a rough and tumble brawler. The developers could have left her as the archer, but they took the chance to make her a melee character in favor of bucking the industry trend. (Huzzah to that!)

I am sure that a lot of parents hear about battle axes and viking warriors and are imaging a gritty game with a lot of blood. Fear not! I spoke to the developers and was told that the current build includes a toggle to turn blood off. They are even considering dropping the blood entirely in an attempt to draw in a wider audience. This is a great sign for dads (or moms!) who want to rough up some bad guys with vikings!

I spoke to the lead artist at PAX East and he let me know exactly what we can expect. He called Viking Squad “A big dumb name for a big dumb game.” This will sound bad to a lot of different folks, but I love it. Sometimes you just want to hit some buttons and make things happen. This looks like it will be a great experience.

We are a huge fans of the brawler genre so you can count on a lot of coverage for this game including some developer interviews, concept art, and other great stuff as this game comes closer to release on the PS4 and PC.

Keep your eyes here on Engaged Family Gaming for further coverage and a review once the game comes out!