Top Posts
8 Games From Essen Spiel 2022 That We’re...
11 Board Games That Help Teach History!
How to Play “Frustration” – an EFG Family...
Family Board Game Review: Fyra
Tips for Completing Jigsaw Puzzles
Step By Step How to Play Roller Coaster...
Board Game Definition of the Week: Trick-Taking Games
Family Board Game Review: Kingdomino
Board Game Definition of the Week: Meeple
Building Sportsmanship with Board Games
Home » Angry Birds Transformers Playsets and Prices Announced!
AndroidiOS

Angry Birds is one of the most successful video game franchises in recent memory. It has successfully melded with licenses like Rio and Star Wars, so it was only a matter of time before it would try again.

Angry Birds Transformers was announced about a month ago, but details were sparse. That has been solved and Rovio and Hasbro have revealed a TON of details regarding the plot, the characters, and (most importantly) the pricing.

The plot is straight-forward. The Egg Spark lands on an island changing the local residents into Angry Bird versions of various characters from Transformers lore (Optimus Prime, Bumblebee, Starscream, etc).

The toys themselves will be figures that have both a robot and a vehicle mode (very similarly to other Transformers toys), but will also be able to be scanned into the Angry Birds Transformers app that will release on iOS and Android devices during Fall of 2014.

This will make three toys to life properties fighting for our precious dollars during this Holiday season. The good news for parents is that there are FAR fewer Angry Birds Transformers figures compared to Skylanders and Disney Infinity. It is even better news that the individual figures are significantly cheaper.

The following character packs will be available for sale. All of them will be exclusively available at Toys R’ Us:

Children can play with each Angry Birds Transformers Telepods figure in either vehicle or robot mode or place them onto the telepods base to teleport characters into the app for a digital adventure. This set includes one telepods figure and one base. There are six different figures to collect.

Telepods Battle Packs include two figures based on classic Transformers hero/villain match-ups (EG: Optimus Prime vs Galvatron) and one Telepods base.

These figures also unlock special powers for the characters in game and different ways to play with them in the game itself.

The Bumblebee Bird Blast playset includes Bumblebee Bird and Grimlock figures as well as a launcher and tunnel. These versions of the characters also unlock special powers in the game. 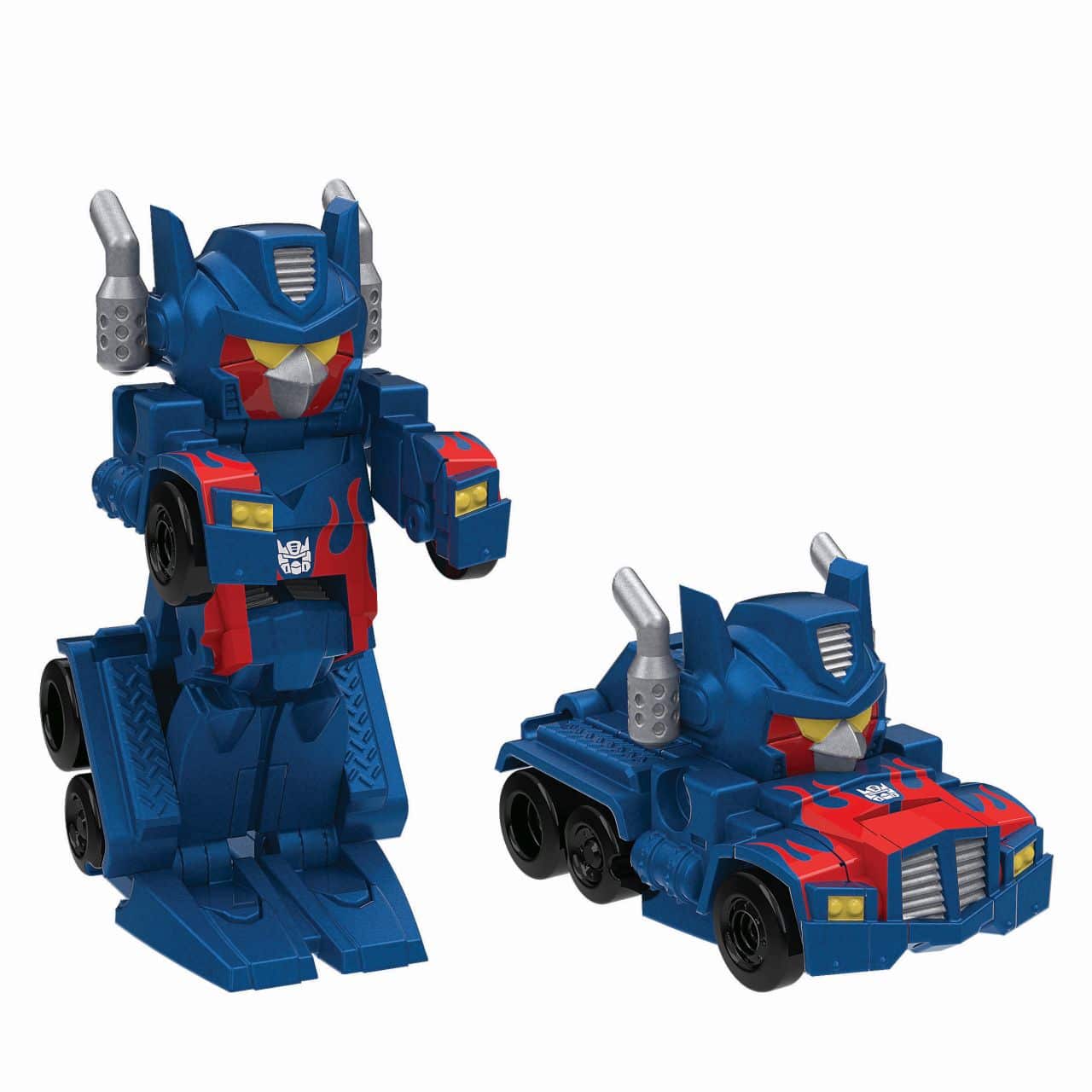 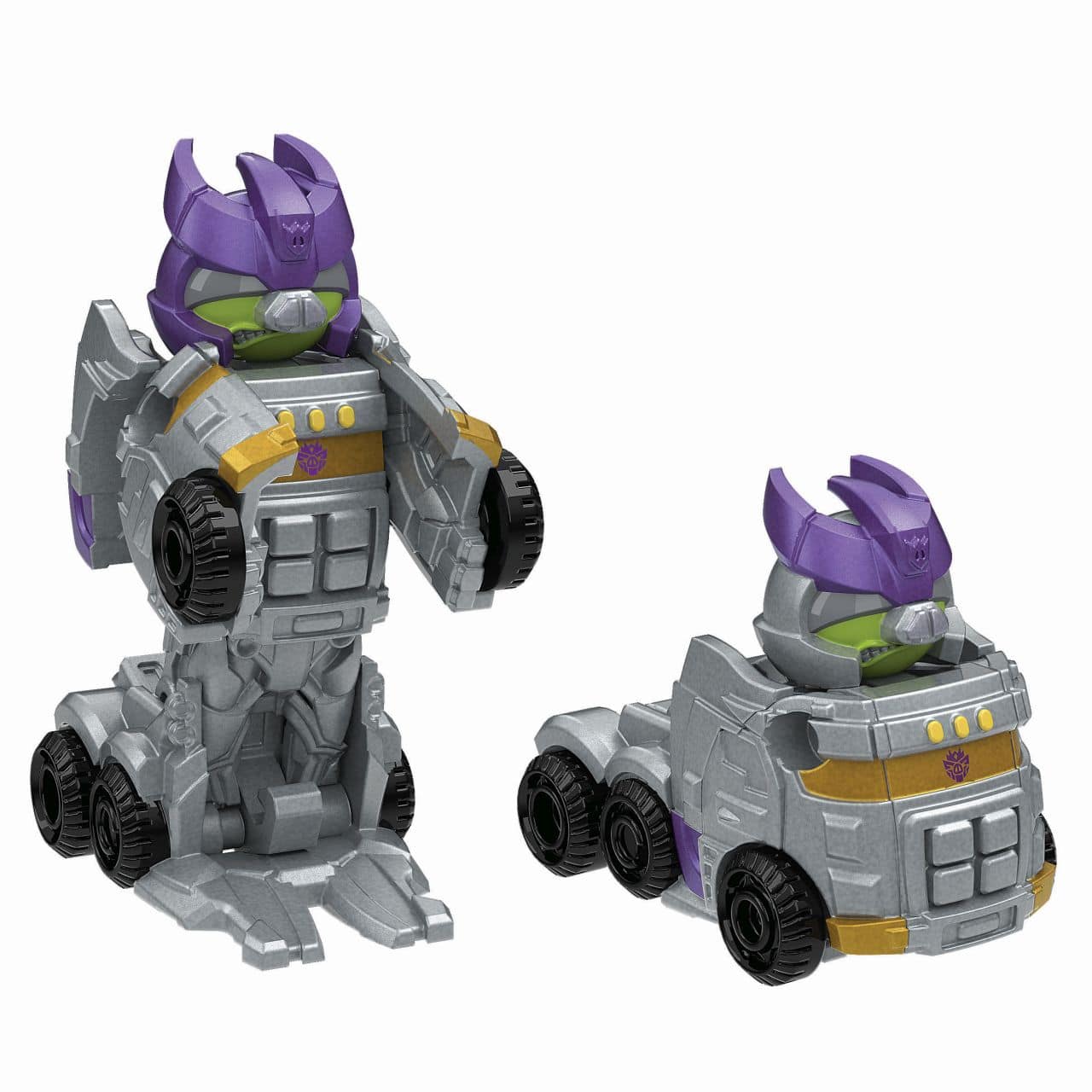 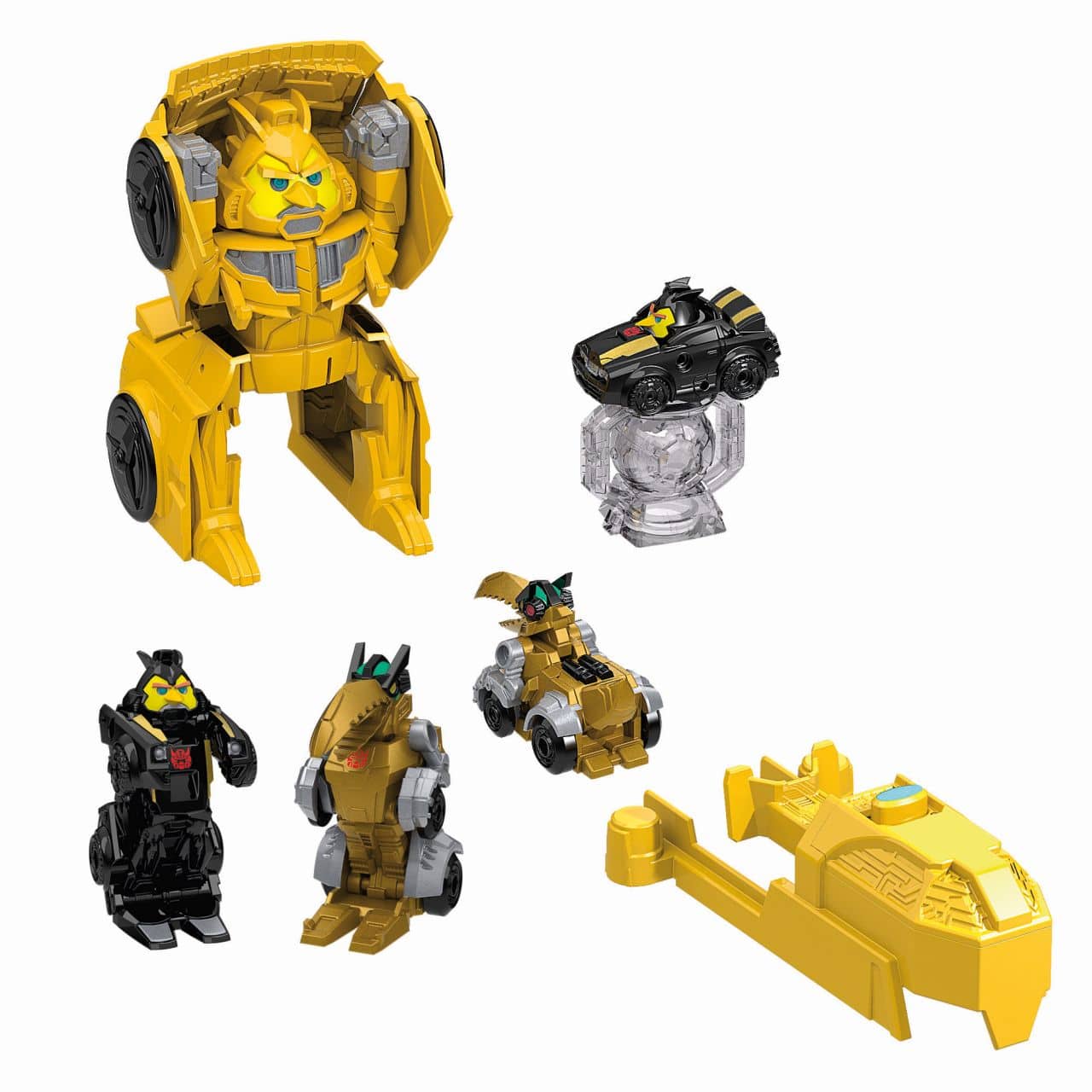 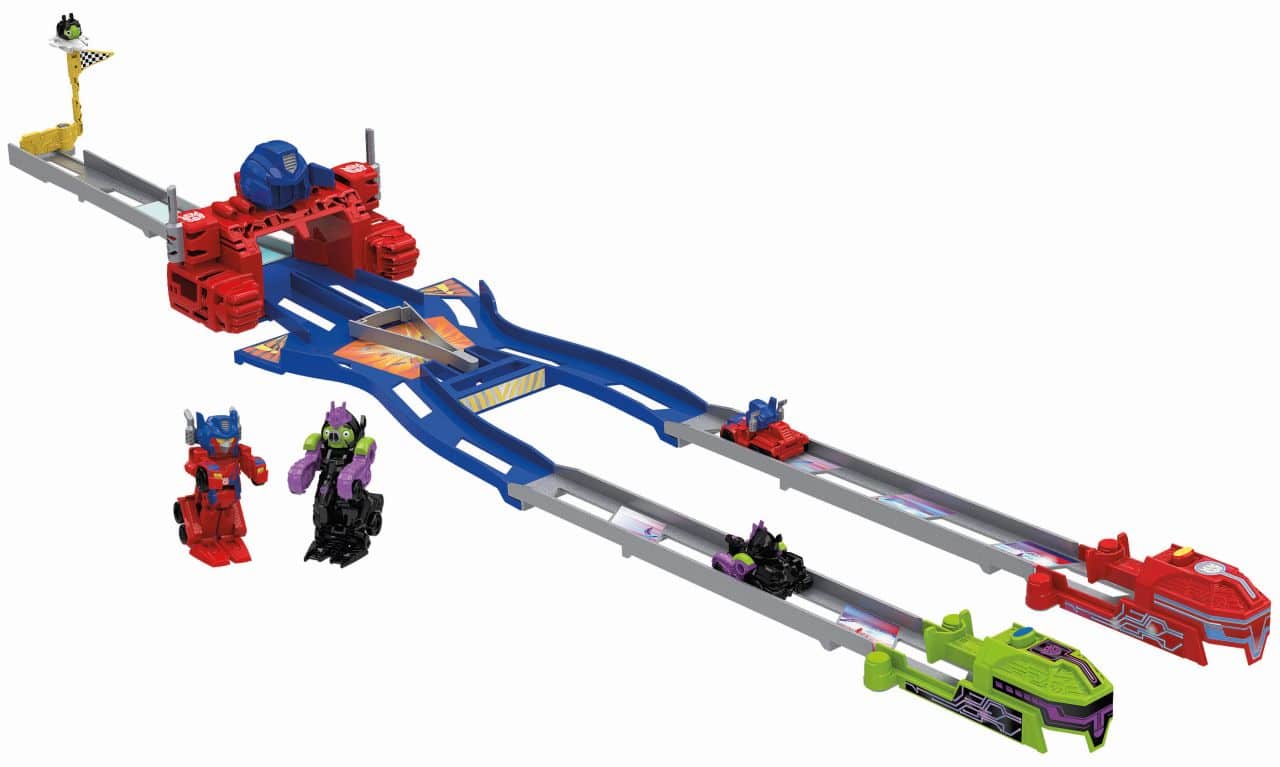