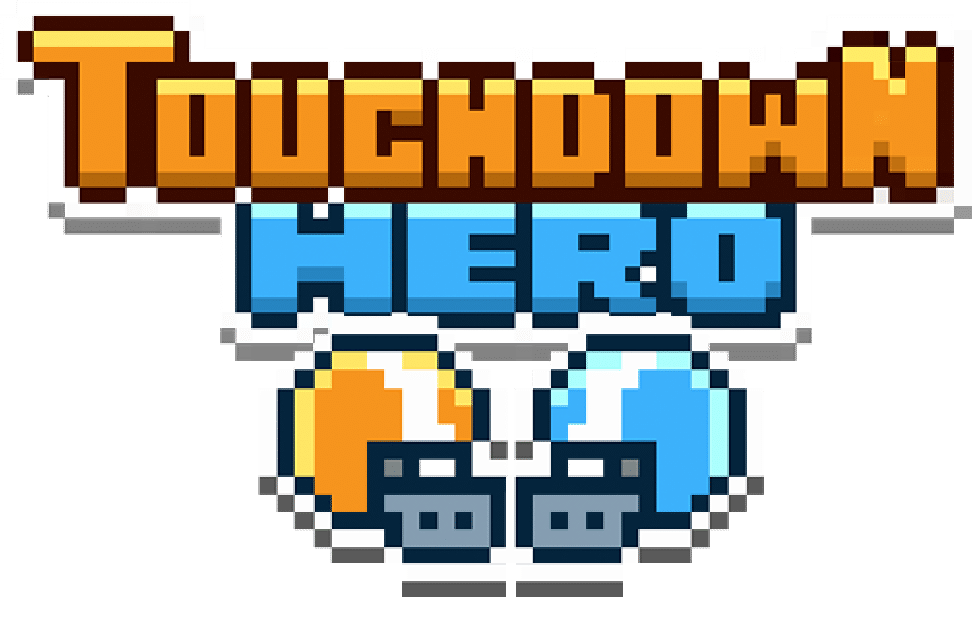 Sometimes all you need for a great game are some simple graphics, simple game mechanics, and even simpler game play. In Touchdown Hero, you take on the role of a football player who is running down the field avoiding opposing players. The goal is to score as many touchdowns as you can on an impossibly long series of football fields. It is, in essence, an endless runner that chooses to flat out ignore the 100 yard football field. The fun doesn’t stop when you score because you can keep running forever as long as you never get caught.

All you do to move your runner is drag your finger on the touch screen to maneuver he can run faster slower and left and right quickly. If you need a little more time to process the opposition pick up your finger and you get a couple of seconds of slow motion. This is definitely a gameplay gimmick and it was really necessary to master this tool to enjoy the game, but it does add at least a little depth.

Scoring points helps you unlock cosmetic upgrades like new uniforms for your runner. You even get to unlock uniforms for your favorite NFL team over time! This makers it a great casual game for young fans who want to express their fan status in games, but can’t quite handle Madden yet.

Scores are displayed at the end of each attempt just like they are in Flappy Bird or Spikey Walls. It shows both your best score and your last score. This will drive a score chaser crazy, but the game is enough fun to make it worthwhile!

Hey. Its football. Touchdown Hero is only violent in the sense that it emulates the sport. It doesn’t simulate the hits very much though. When you are tackled a cartoon-ish puff of smoke pops up to represent the tackle.

The controls are responsive and simple. The defenders are never in the same locations so every game is just different enough to keep you guessing. The game does get difficult as you get farther in each run. There is a real challenge to dodging the large and larger opponents and they attack from multiple angles and speeds.

This game simple enough for children to play. Each games is short enough to allow families to easily pass the iPad back and forth to compare scores A friendly competition will arise out of who can get the most TD’s in a single run.

I was pleasantly surprised by Touchdown Hero and have enjoyed the experience overall. It ends up being another junk food game to take or leave whenever the mood strikes you for a quick game.