Our friends over at FamilyGamerTV posted a video to YouTube this week where they discuss the possibility of a LEGO video game based on the Scooby Doo series.

I don’t know about all of you… but I would play that like crazy. Take a look at their article and sound off in the comments. Do you think it will happen?

Our friend Andy Robertson over at FamilyGamer TV recently interviewed Doug Wilson, the creator of Johan Sebastion Joust (one of the more… interesting… motion controlled games in history).

They spent time talking about motion gaming and the challenges that developers face with it.

Take a look at the video above. Let us know what you think!

Having followed Playworld Superheroes for a while I’m excited that everyone will be able to get there hands on it on 29th January.

It’s from the development skill that was behind Wipeout and Motorstorm and it shows. Something like a cross between the crafting of Tearaway and the adventuring of Disney Infinity with a little Infinity Blade thrown in for good measure.

Currently you may not have heard about Playworld Superheroes, but it looks like it’s the start of something that will be come expansive and substantial for families. Best of all though, once you’ve paid to download the game (around $2.49) there are no in app purchases.

I tried the first hour or so of the game and recorded these Let’s Play videos:

By: Andy Robertson of FamilyGamerTV

Our friends over at FamilyGamerTV who a parent’s guide to The Crew. It covers what makes this game great to what to watch out for. The video is the ultimate two minute guide!

The Crew is a racing game set in an open world version of the United States. In the  campaign you work through the ranks of an illegal street racing gang, with missions you can carry out alone or with other players. Beyond that, it’s a “living world” with lots more for players to do and explore.

As you drive around this open world version of the US, which lets you drive from coast to coast (albeit much more quickly than you would be able to in real life) you encounter different challenges.

For example, Follow gives you a racing line to follow that gets thinner the longer you manage to stay on it, and Precision gives you a succession of smaller and smaller gates to pass through. The game will record your attempts so that you can try to beat them or let your friends see if they can do better.

You can also create your own crew made up of yourself and other players, and challenge other crews to races and other challenges. The game requires an internet connection even if you decide to play alone. There’s no local multiplayer.

Throughout the game you have the opportunity to drive a wide range of cars from different manufacturers, from Ford to Ferrari.

The Crew is the first game from French studio Ivory Tower, which includes developers who worked on games like Need for Speed, V-Rally, and Test Drive Unlimited.

It’s available for PC, PS4, Xbox One, and Xbox 360, but not for PS3. An app for iOS and Android lets players build cars for the game.

You’ll need PlayStation Plus or Xbox Live Gold for some of the online features.

The campaign is around 20 hours long, but because of The Crew’s open world, side missions, and online multiplayer, players will spend much more time with the game than that.

In the UK and Europe, PEGI rates The Crew as only appropriate for those aged 12 and older, with content descriptors for mild bad language and violence causing minor injury only. PEGI also mentions that the game “allows the player to interact with other players online”.

The Games Rating Authority expands on its PEGI rating by expanding on the violence and language, stating that “there are some cinematic sequences containing minor violence, one of which shows a man trying to attack another using a wrench”. While the scene is described as “very realistic”, “both men are unhurt”, which means it’s only “considered as minor assault”. As for language, “mild language occurs frequently throughout the game and includes words such as ‘asshole’, ‘bastard’, ‘bitch’, and ‘shit’.”

In the US, the ESRB rates The Crew as T for Teen, with content descriptors for language, mild blood, mild suggestive themes, and violence, also mentioning “online features that may expose players to unrated user-generated content”.

Some of the violence is in the game itself, e.g. in Takedown missions that “prompt players to ram into other vehicles, eventually causing targets to crash”, while “cutscenes depict more dramatic instances of violence: a man fatally shot; a bloodstain on his shirt is briefly depicted”.

The ESRB is also concerned about “suggestive material” such as the protagonist “watching a woman in a short skirt; the camera briefly lingers on her posterior as she walks by”, as well as dialogue like “You hitting that? Mind if I take a run at it?””

While the focus is on driving, the campaign is set up like an action adventure game, and the focus is around gangs, crime, and violence.

Since the best thing about owning a vehicle is the freedom it gives the owner to go wherever they want, an open world racing game in which players can pick and choose missions at their will makes a lot of sense. Naturally, the game couldn’t represent the entire United States, but the fact that it has created a relatively big representation for players to drive across lends the game a sense of realism.

Given that driving games rarely have a particularly interesting campaign, it’s a positive that The Crew has several hours of story. But as the name of the game suggests, multiplayer is the focus, and will be what keeps players coming back to that open world again and again.

Beast Quest for iOS and Android is Coming Soon!

We have a closer look at the new Beast Quest video-game for iPad and Android tablets. In this video we meet new enemies and beasts as well as explore more of the world of Avantia.

It all culminates in a massive battle with Sepron as Tom tries to free him from the evil curse of Malvel and get the enchanted chain off his neck.

We spoke to Ben Meakin at Miniclip about the game. Why should kids play Beast Quest?

It combines some of the best elements of games like Zelda and Infinity Blade into a compelling single player adventure. Beast Quest fans will love seeing the worlds and characters they know coming to life, and those new to the books will quickly see why it’s so popular. There’s treasure to find, different worlds to explore, and of course huge screen-filling Beasts to battle.

What’s the most awesome thing in Beast Quest? Picking a single thing out in Beast Quest is tough, as there is so much to talk about! From seeing the awesome Beasts in brilliant 3D to the fast-paced combat against multiple enemies, there is loads to enjoy. However, if I had to pick one thing, I’d say the huge open worlds are the heart of what makes Beast Quest great. With six huge worlds based on each of the original books, there’s a ton of things to do, see, and battle.

written by Stephen Duetzmann
We got our friends at Family Gamer TV to unbox a whole huge pack of Lego Minifigures. The kids were more than a little excited, as were the parents!
Lego Minifigures are huge! Not literally huge mind you, but they’re incredibly successful in their own right, with kids and parents regularly buying up all the packets they can find on store shelves. With the release earlier this year of Lego Minifigures Online, kids (and some adults no doubt) can get even more value from their purchases by unlocking their Minifigure collection in a fully fledged online game.
The latest Series of Minifigures, Series 12, introduces us to another varied selection of characters, containing everything from a Genie to a Pizza Delivery Guy. However, with Minifigures sold in blind bags, it can often be a challenge to collect the full set or just get that one specific figure that’s your favourite. Thankfully, Lego provided us with a full box to open, to show you the full collection in more detail. With individual packets in a box and 16 characters to collect, odds are good that we’ll complete our collection, but just how many packets will we need to open to do so? 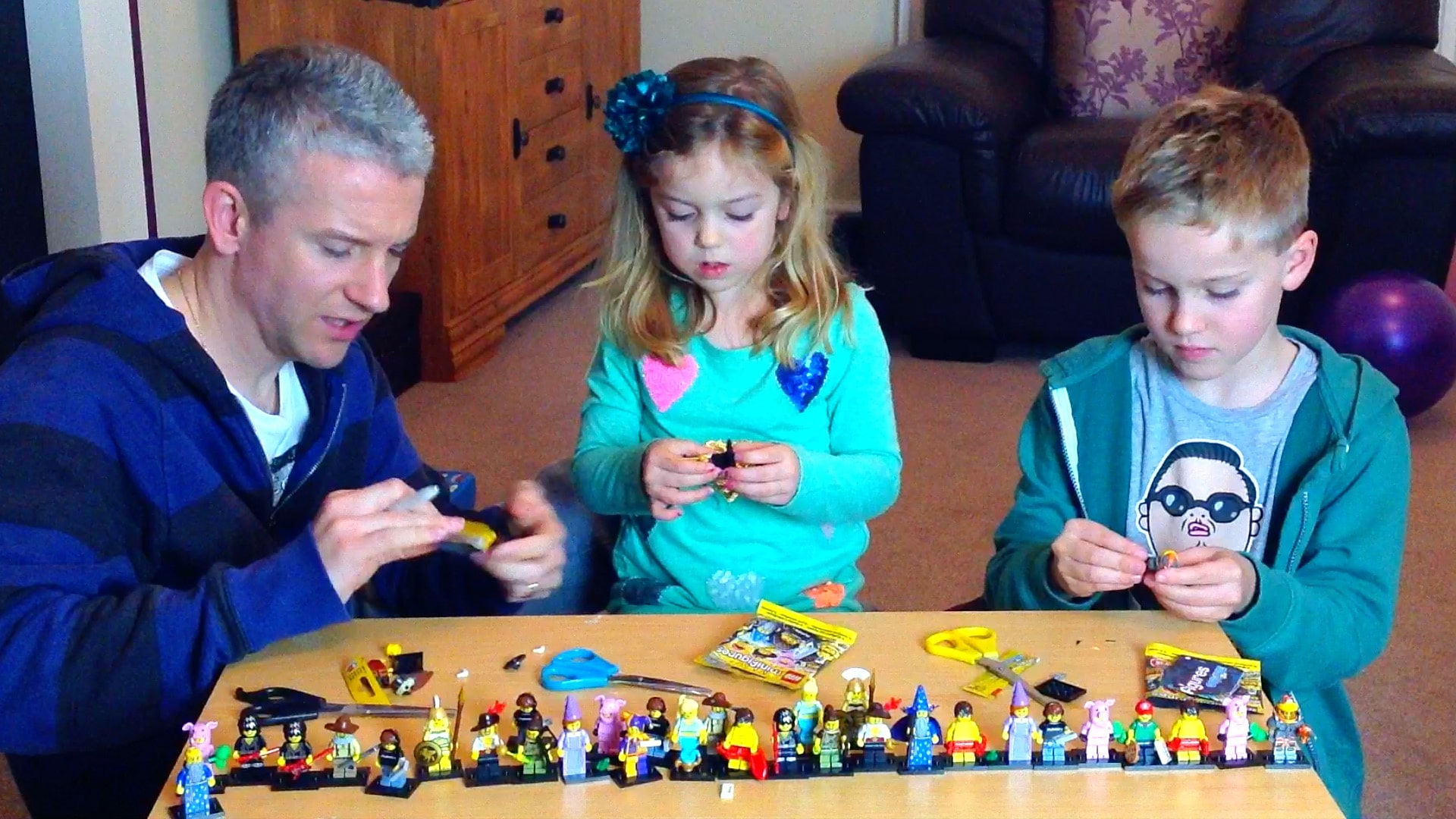 It took a lot of work, but they opened a WHOLE BOX of LEGO Minifigures! 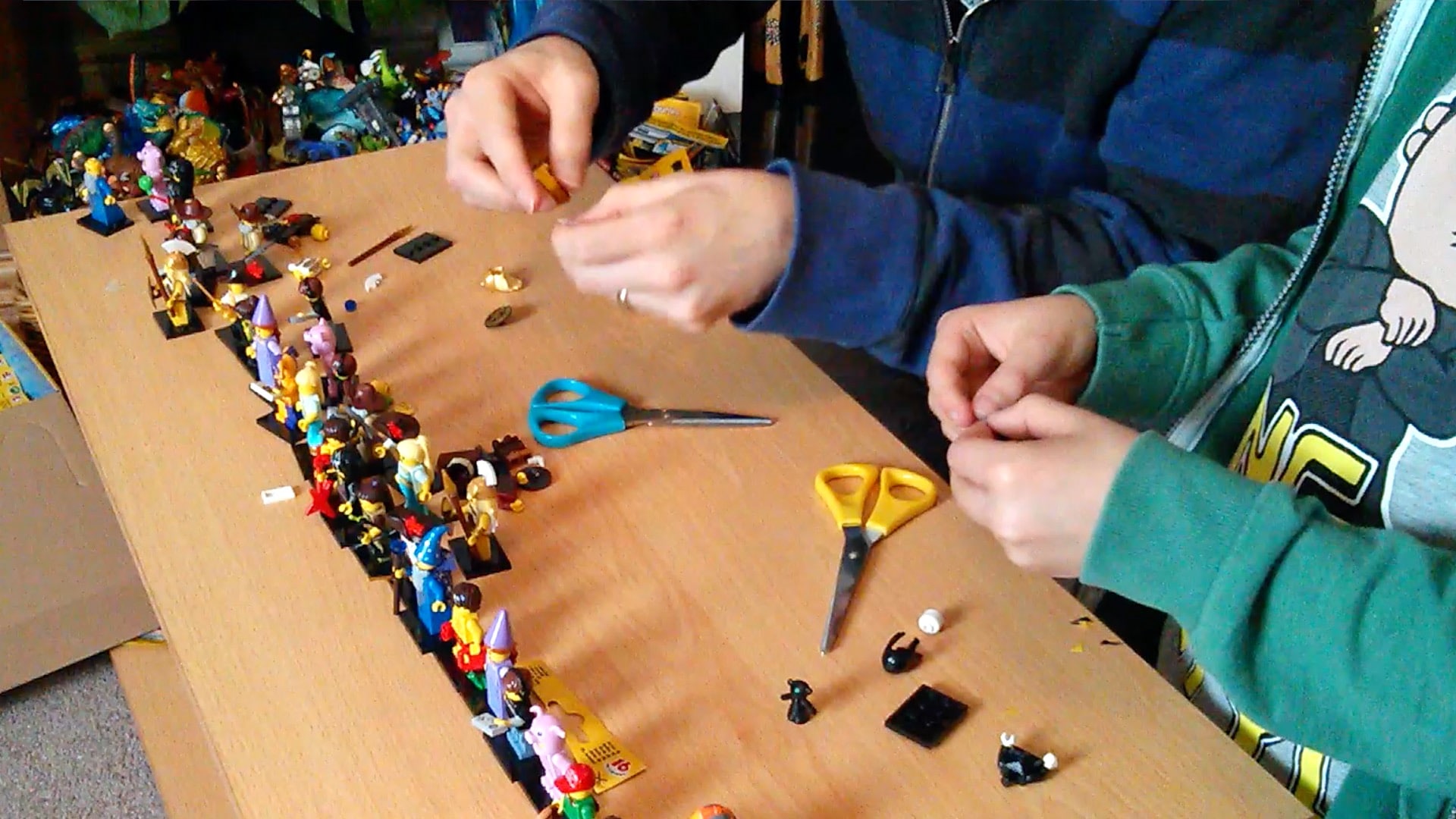 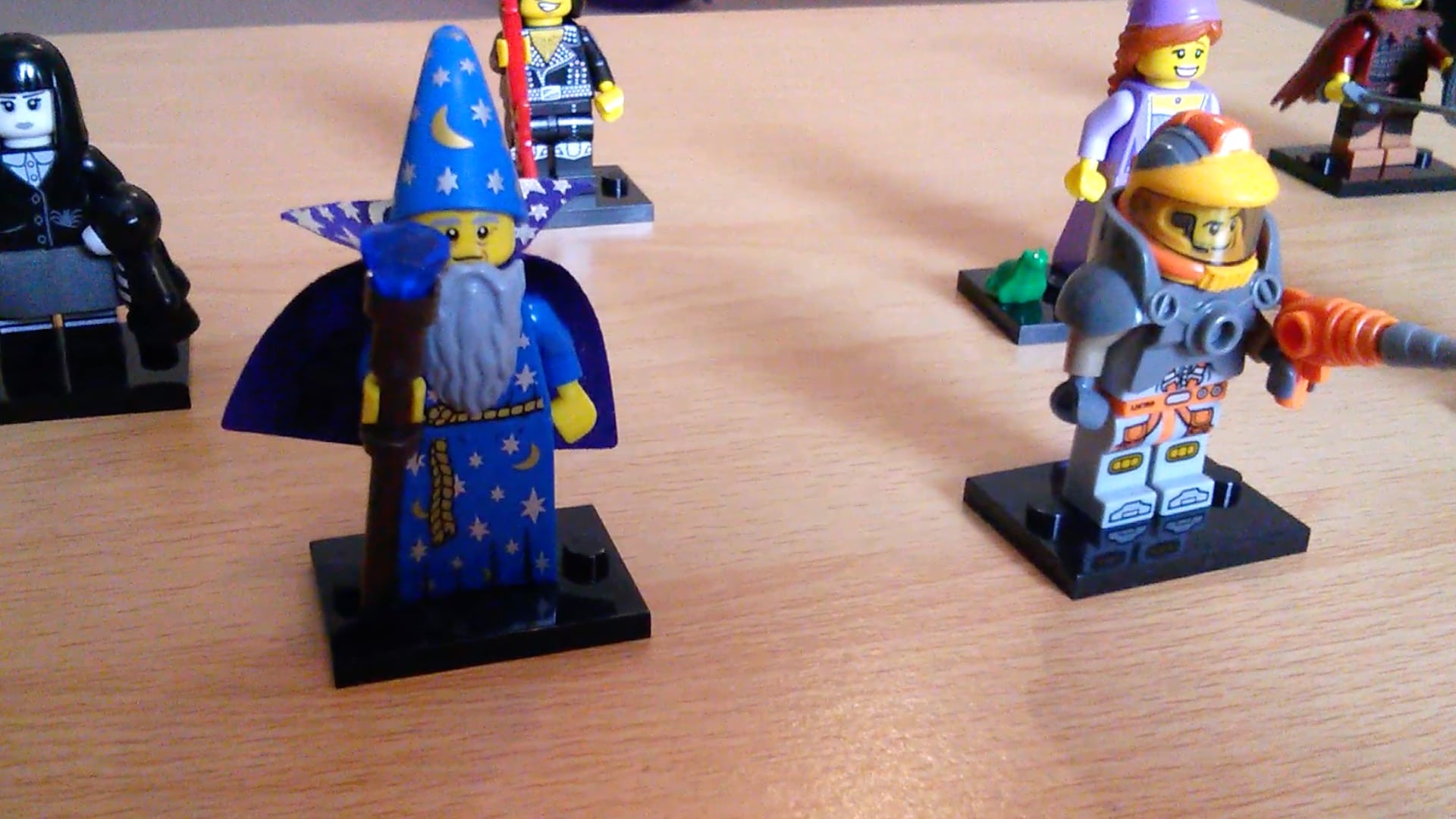