Many of us have been playing games for more than twenty years. There are a lot of games in the rear view mirror for us. So many, in fact, that we just don’t remember how they actually played. We love them so much that we forget how absolutely soul crushing they could be. Shovel Knight is a rare game that evokes all of those positive memories without constantly slapping its players in the face with archaic game mechanics.

Shovel Knight was a massively successful project on Kickstarter and it feels like the entire gaming population has been waiting with baited breath for its release. That time has come and I am pleased to report that Shovel Knight delivers on all of its promises.

The most noteworthy feature of Shovel Knight is its 8-bit retro aesthetic. It draws inspiration from the pixel art used in classic NES era games like Mega Man, Castlevania, and Ducktales. The environments are stunning and the monsters are crafted to remind us of the games of our youth.

The premise of the game is straight forward. Players control the great hero Shovel Knight on a quest to defeat the members of The Order of No Quarter and reach the evil Enchantress and rescues his beloved Shield Knight. The Order of No Quarter is a nefarious team of evildoers made up of the likes of Plague Knight, Treasure Knight, Mole Knight, and Propeller Knight (among others). Anyone who noticed the familiar naming convention gets bonus points for paying attention! The different stages and their  boss encounters match up very well with those that we will remember from the Mega Man series. Each boss has a specific theme and their stages are masterfully built to match.

The different boss stages are well balanced and full of challenges. Each of them forces you to learn a new set of tricks and continuously build on it until the end. The good news here is that checkpoints are spread generously through each of the levels; many of them placed immediately after significant challenges. This is one of the most welcome design decisions Yacht Club Games has made. Spacing the checkpoints out even a little bit more might have taken the game straight from “difficult” to “frustrating.” Instead, we are treated with a smooth cadence of challenges that keep us motivated to push forward as opposed to recoiling from them.

The entire game is masterfully built in a way that invites players to achieve as opposed to punishing them for failure. That, in and of itself, is perfection made real in modern game design.

Shovel Knight does involve combat, but it is abstracted by an 8-bit animated aesthetic. Outside of a few creepy moments in Specter Knight’s level there is nothing that should concern parents from a content perspective here.

Further, Shovel Knight is a true hero. He attempts to make peace with as many of the foes that stand in his way as possible. In fact, his hesitation to do battle in favor of talking this out is a pleasant change of pace as so many “heroes” rush in swords drawn or guns blazing.

There is no sugarcoating this folks. Shovel Knight is very difficult. It is rated E for everyone by the ESRB, but this is a game that can be discouraging to inexperience players. Yacht Club Games was gracious enough to provide me with a copy of the game for my eight year old son’s 3DS so I could have him give Shovel Knight a whirl. He found the character and the story interesting from the outset, but he grew frustrated within a few minutes of starting the game. His biggest challenge came from dealing with the downward shovel/pogo bouncing that is required to advance through certain challenges.

Put simply, this is not a game for novices. With that said, the game is inviting and is possessed of a light sense of humor that youngsters will enjoy. I noticed him picking the game back up when I wasn’t watching to try and master some of the challenges. He may not be playing it for long stretches, but if he earns his platforming chops from Shovel Knight I am terrified for my ability to compete when he is older.

Much of the game’s story is delivered through text so children who have a difficult time reading may miss some of the finer points of the story, but a parent sitting beside them and reading the dialogue (with exaggerated voices of course) is as good as many story books we will read to them.

Shovel Knight is now on the short list for my game of the year. It is just that good. I recommend this for anyone who enjoys challenging platformers.

Parents of young children will want to keep this game on their radar for the future and buy it up once you feel they are ready for a real challenge. 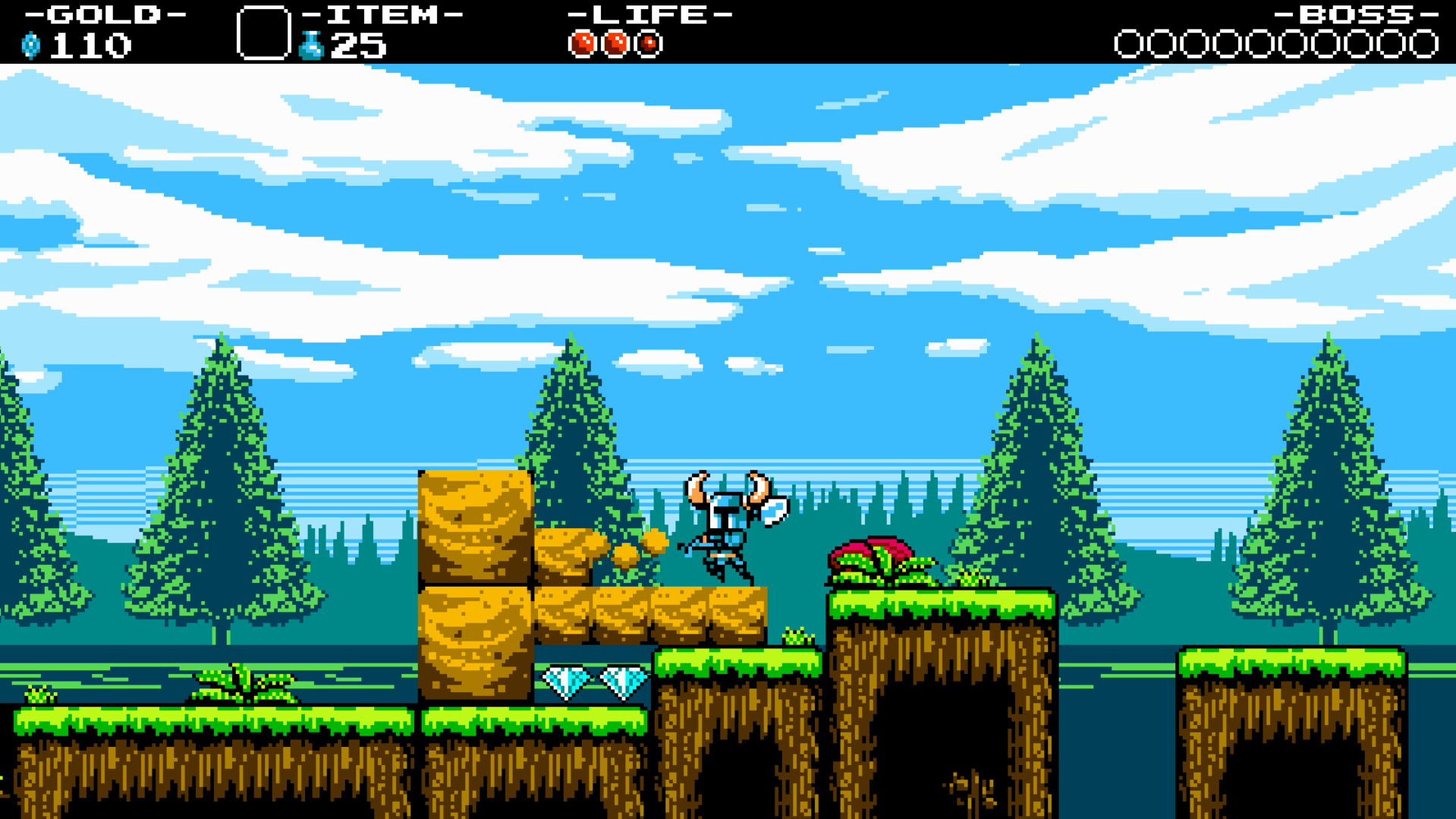 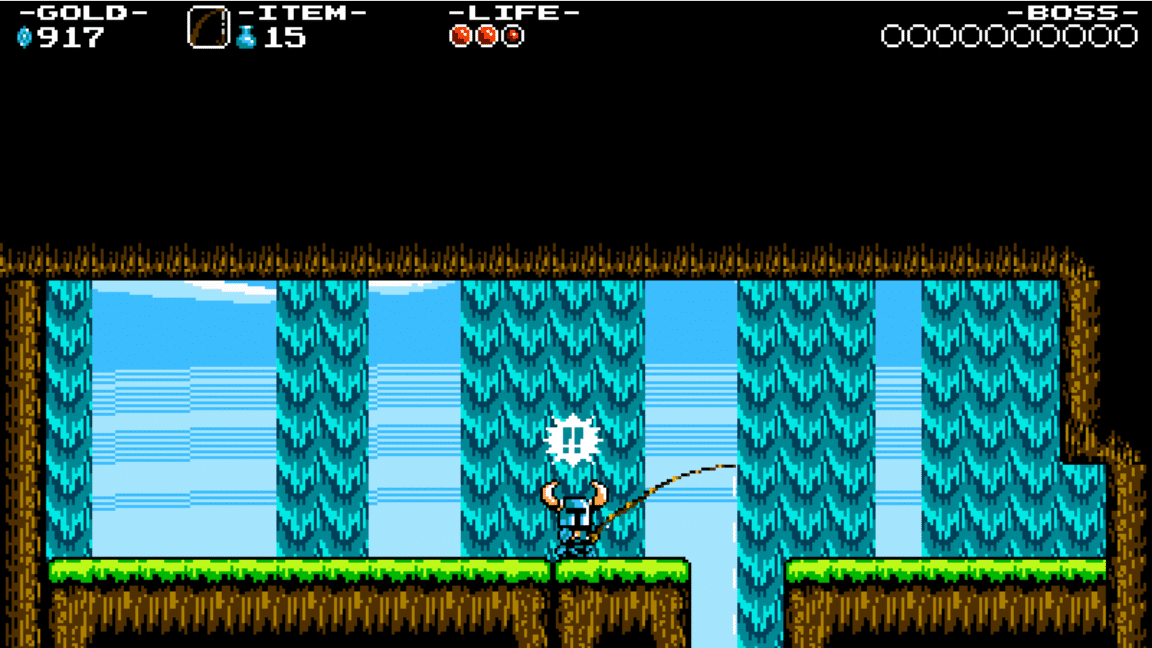 Yes. You can go fishing in Shovel Knight, too! 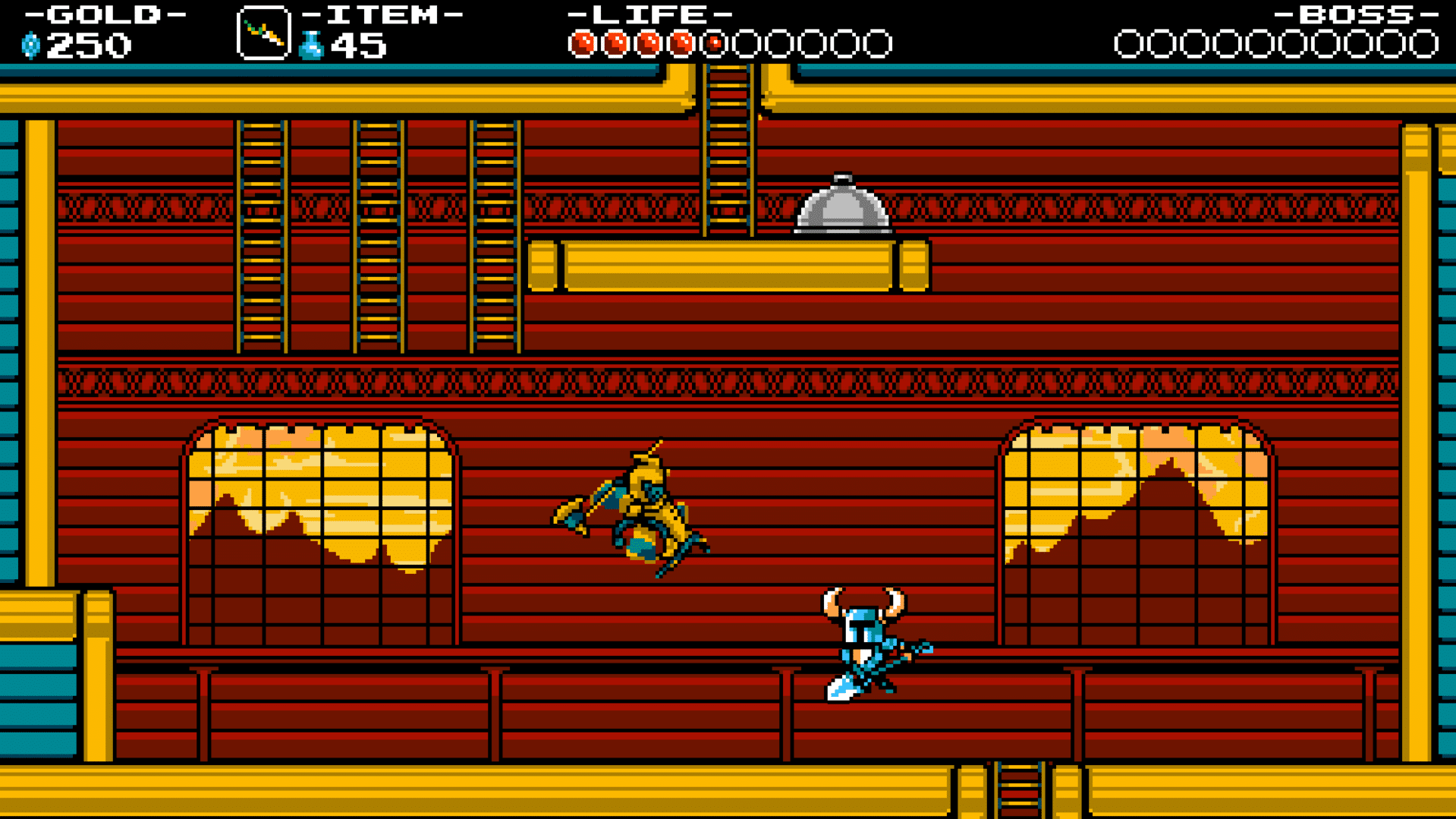 The action in Shovel Knight is instense! 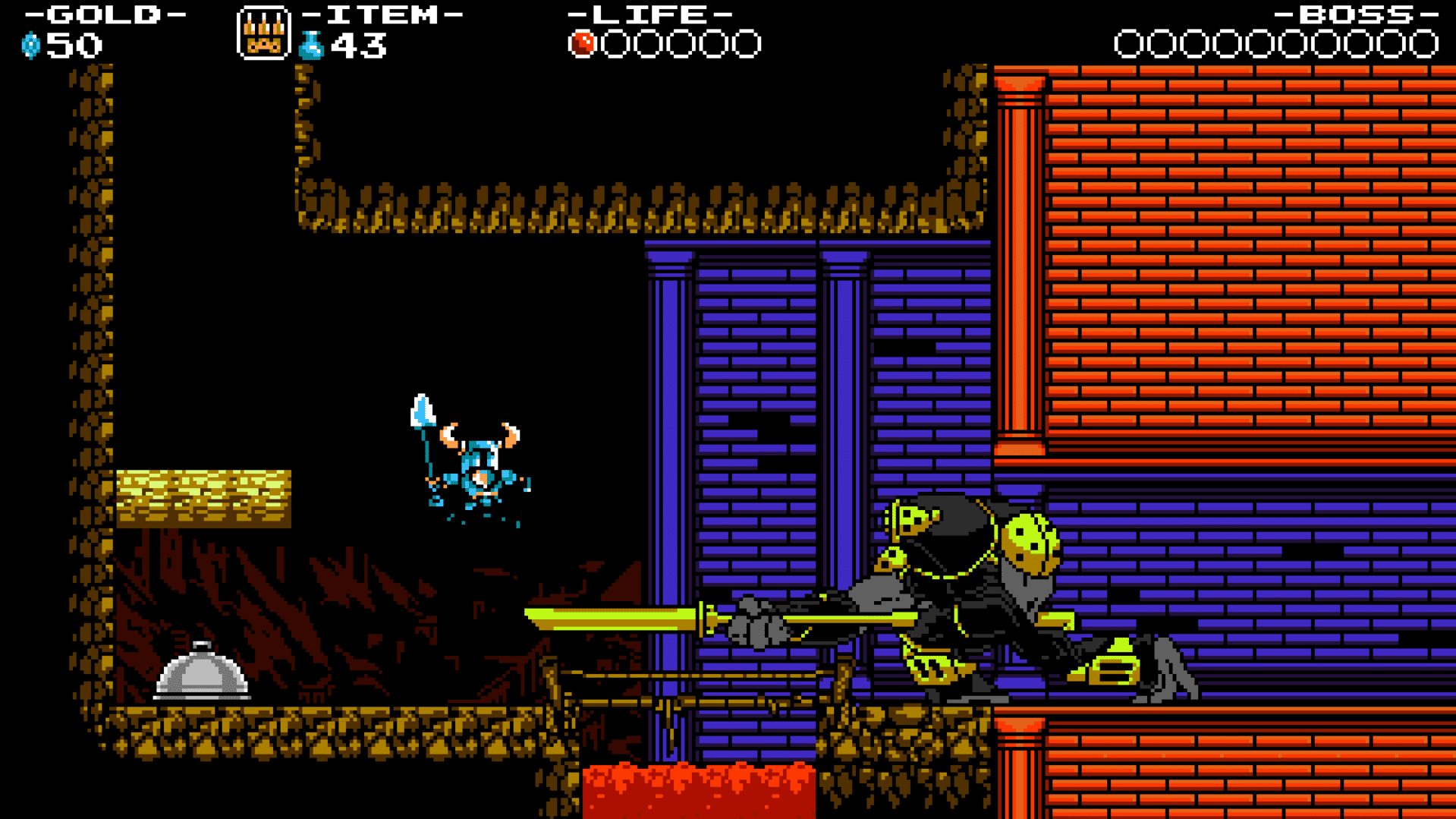 Some of the monsters are MASSIVE! 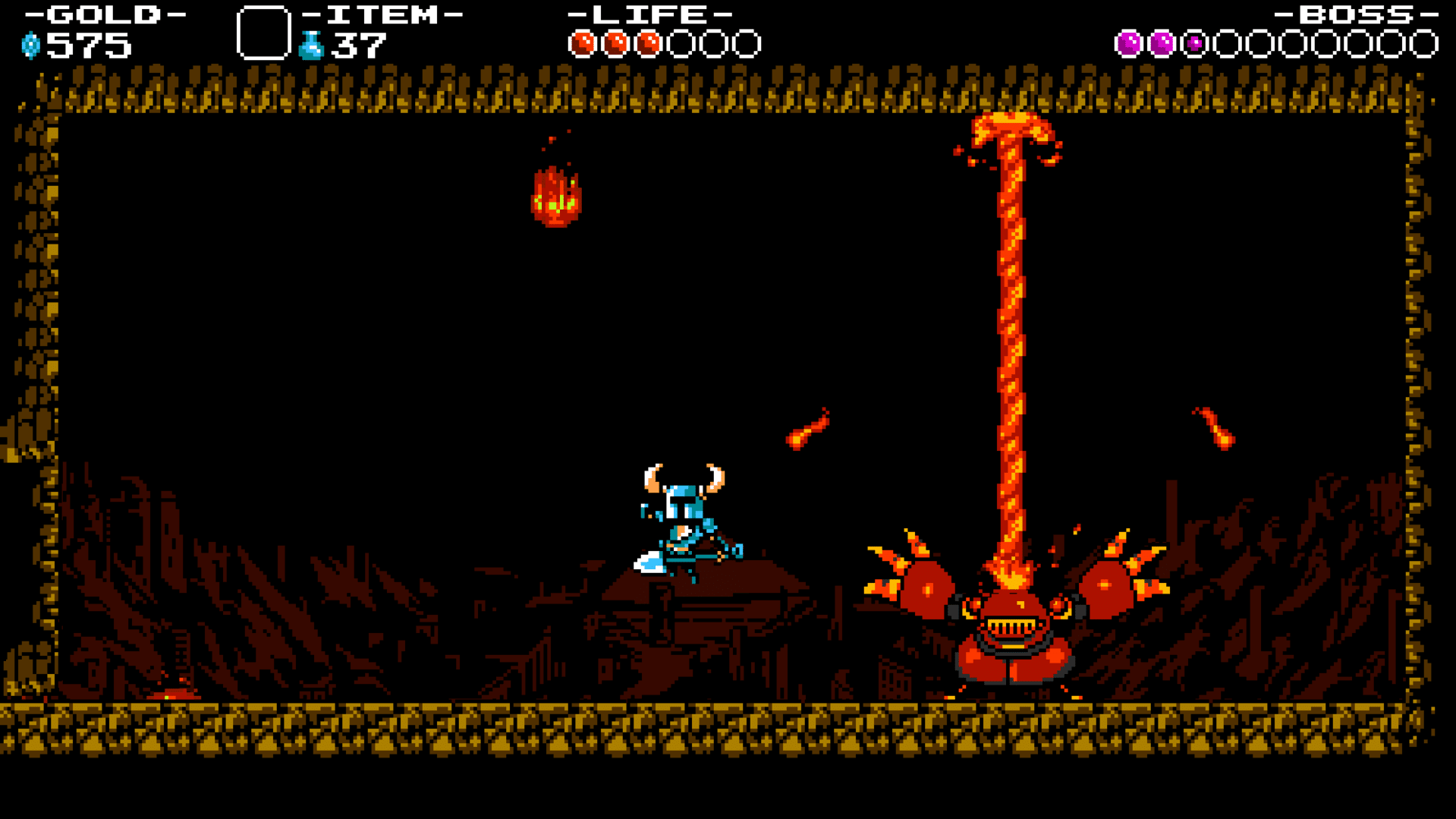 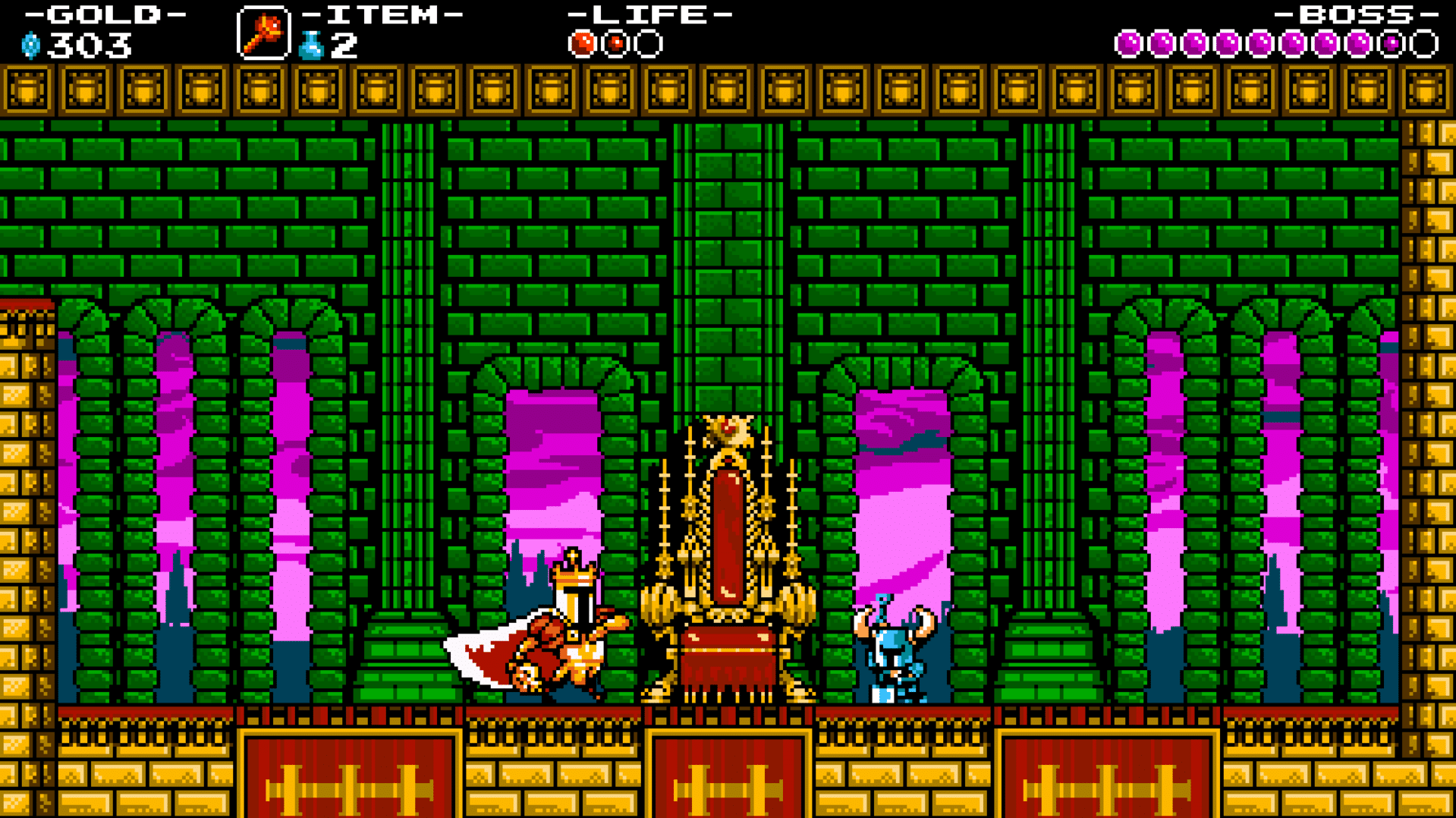 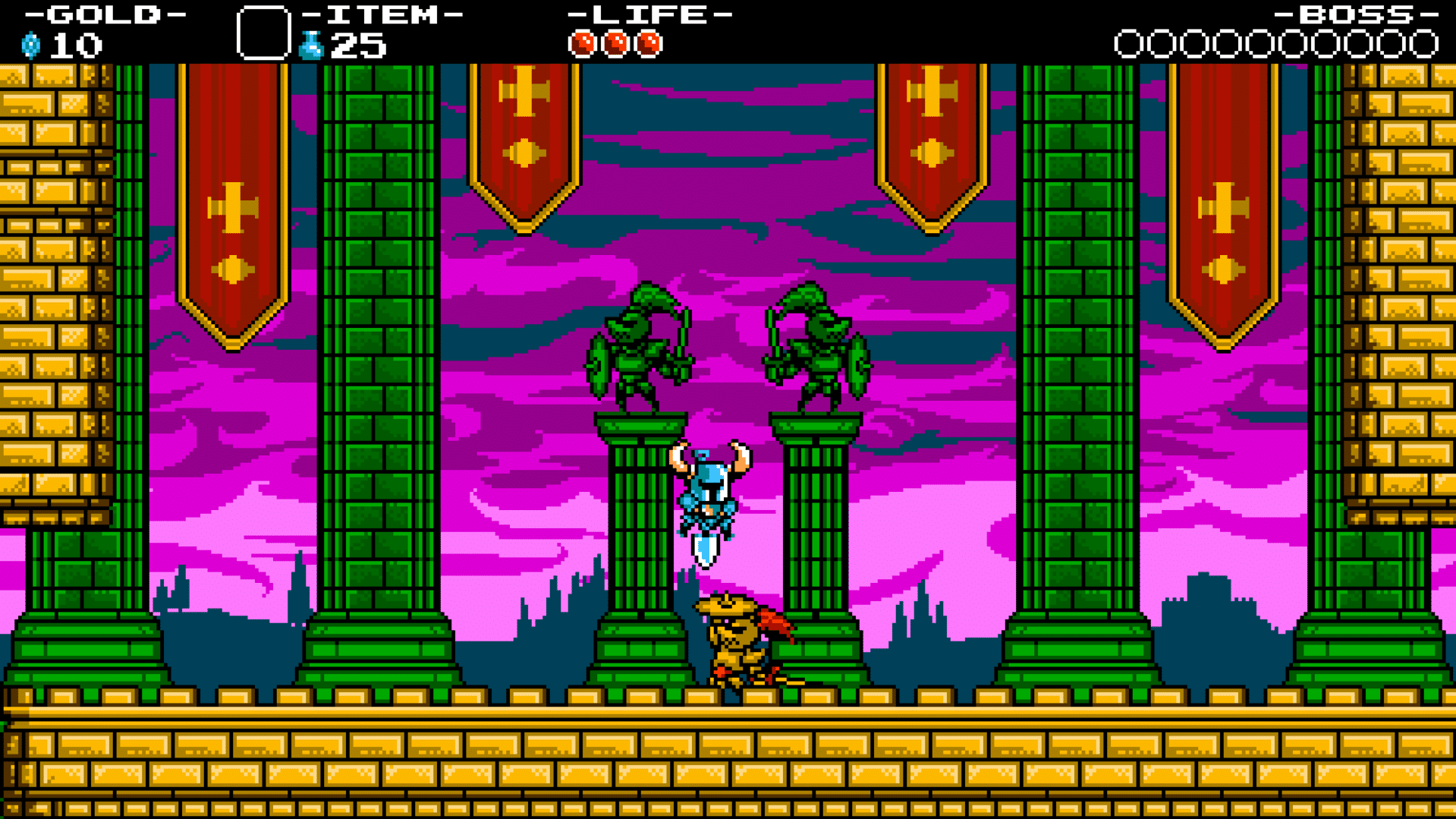 Some enemies are a challenge to defeat! 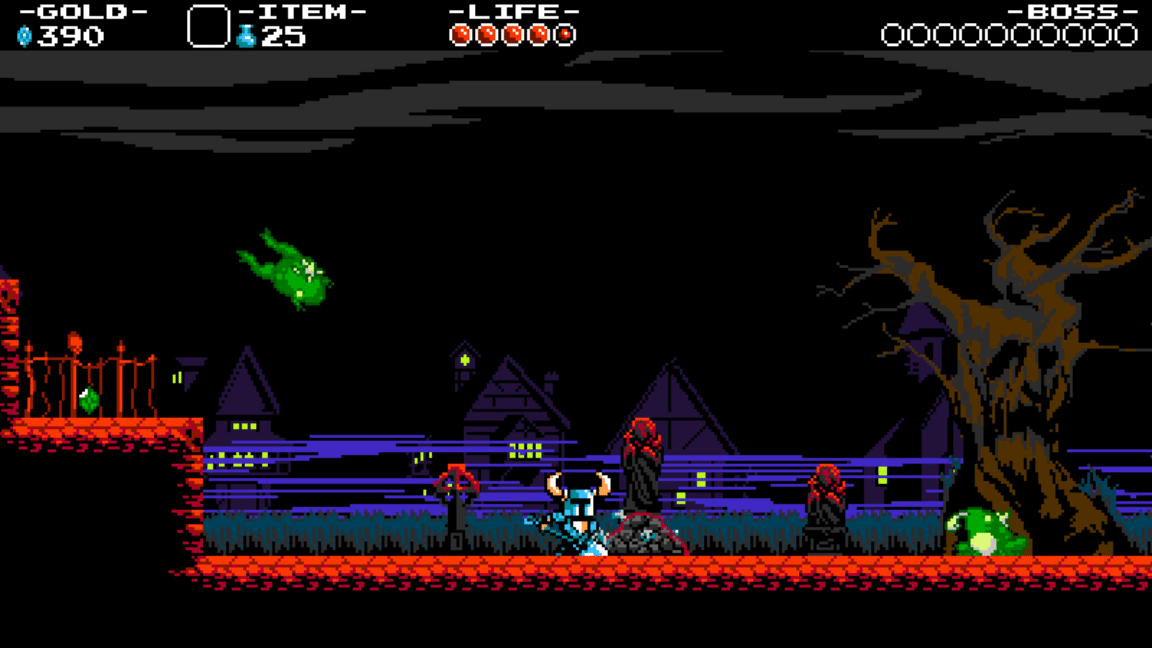 You'll have to dig for your treasure! 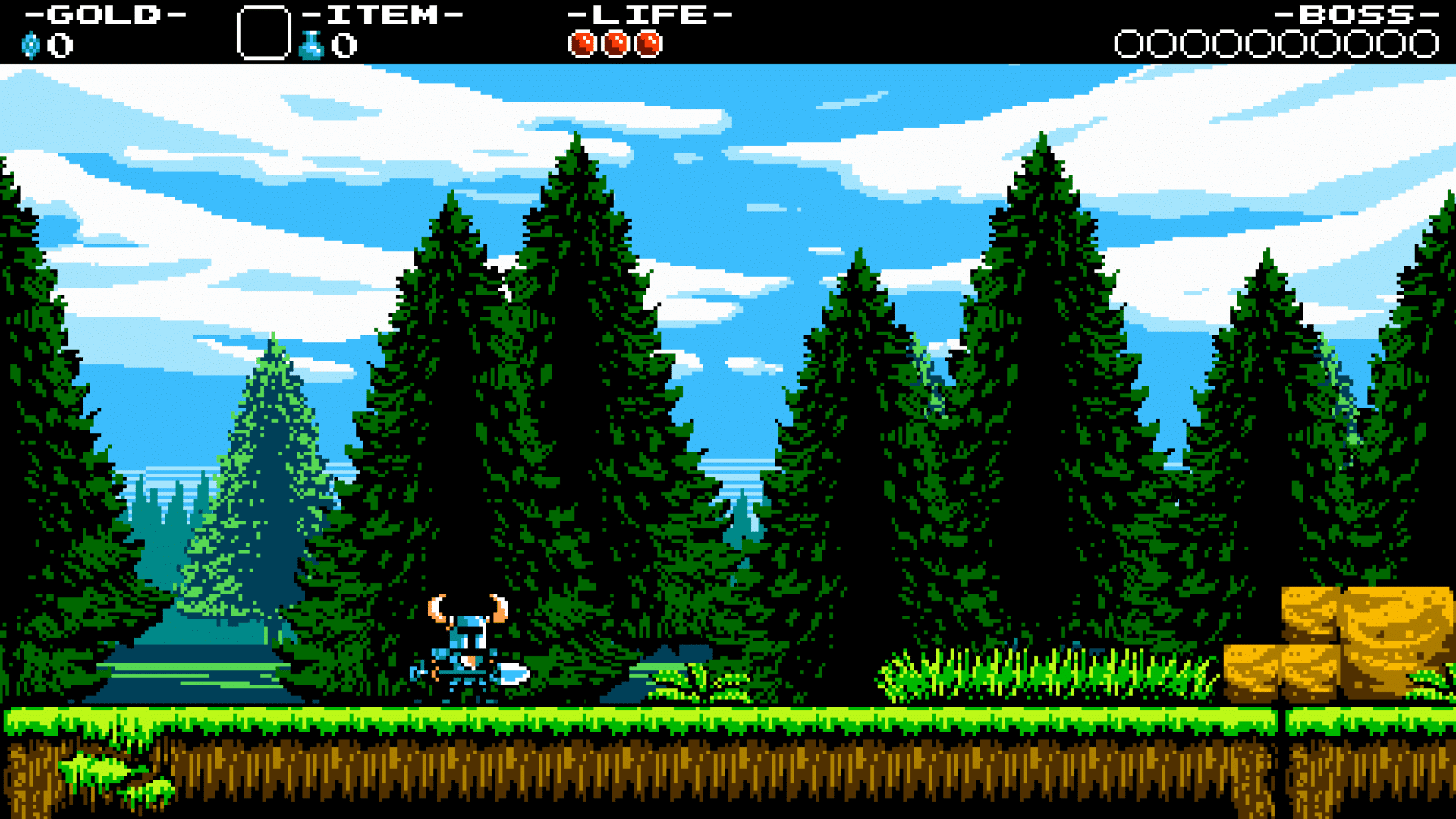 Those are some pretty trees! 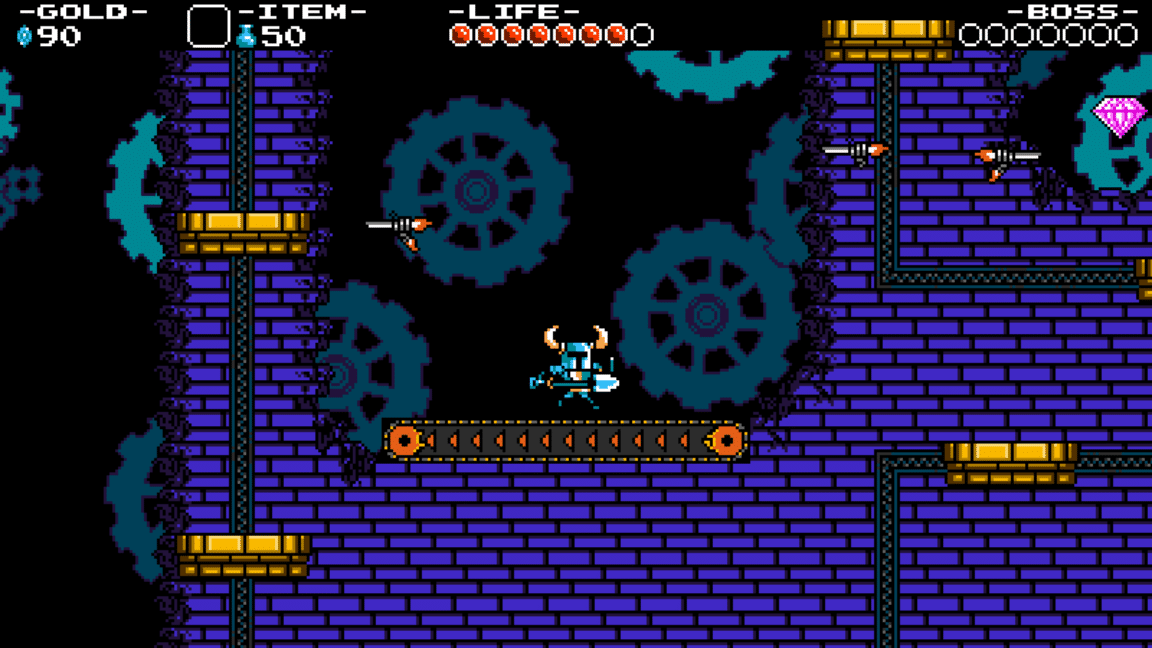 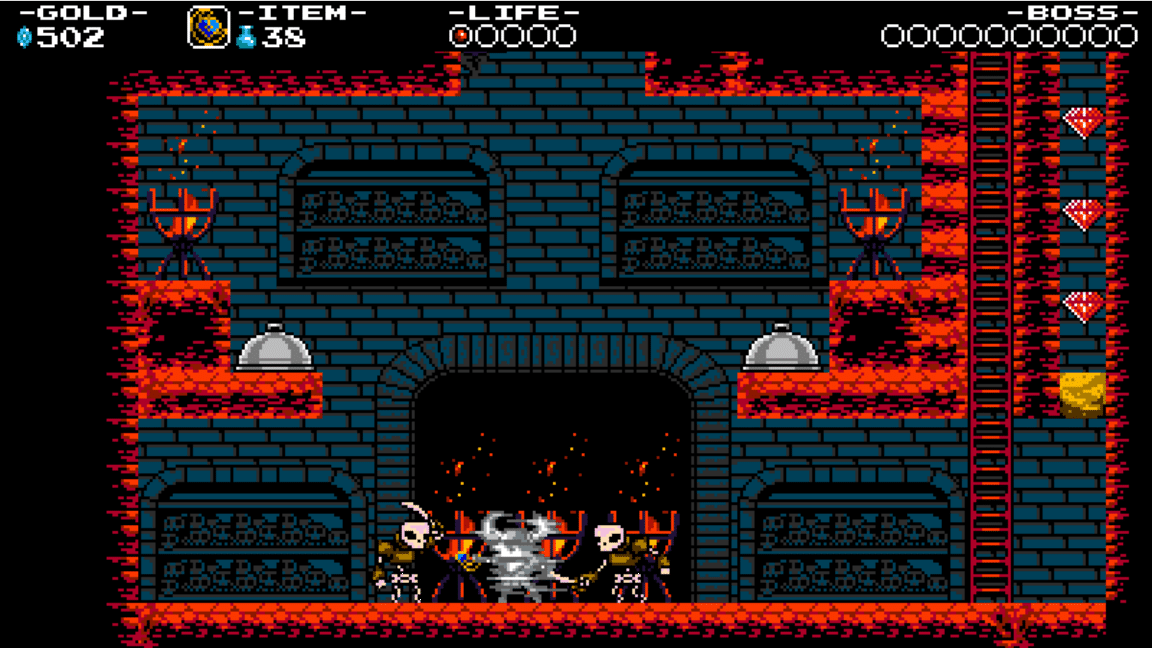 The Phasing Bracelet is an amazing tool! 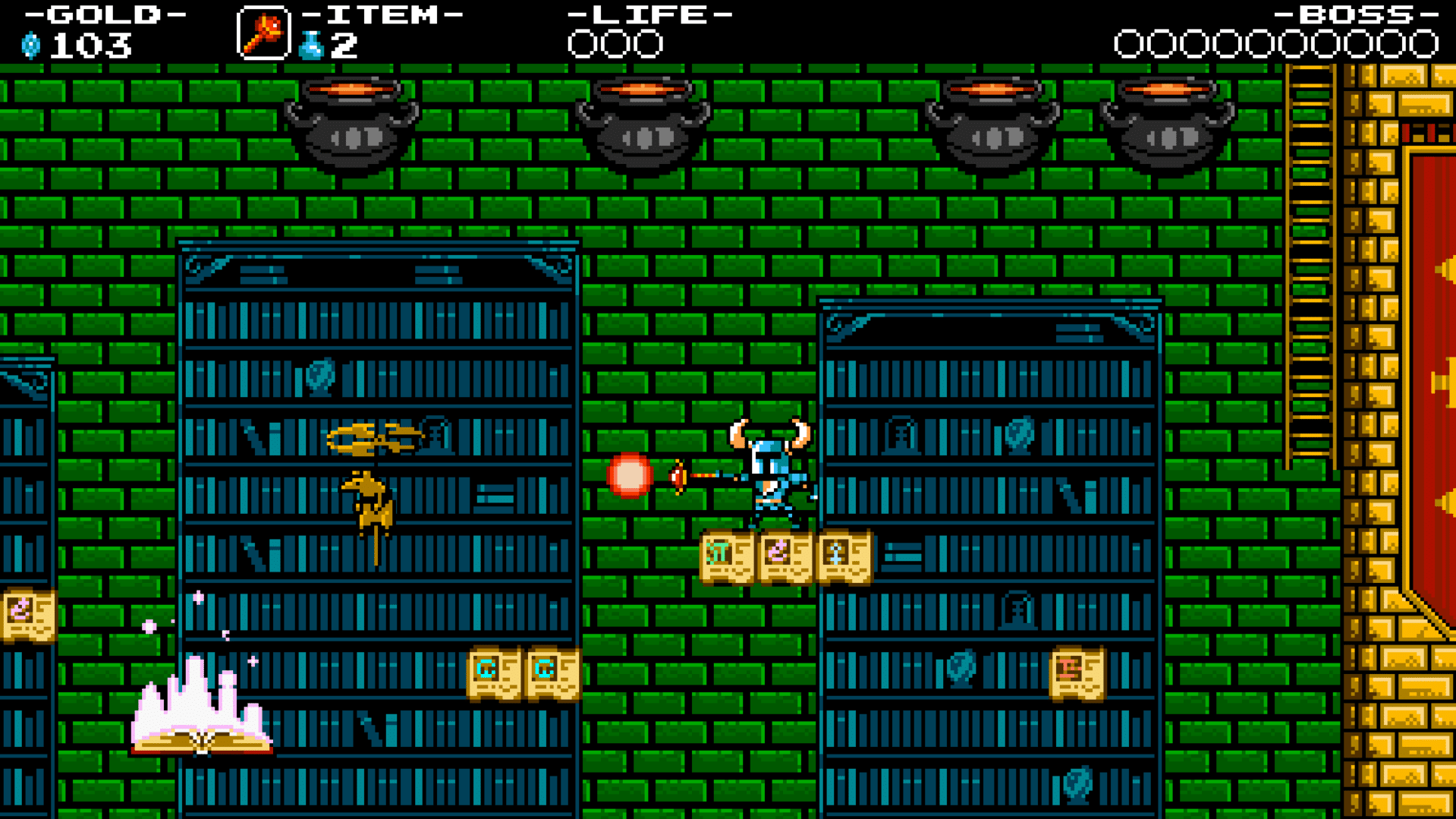 Those pages aren't going to last for long! Get ready to jump! 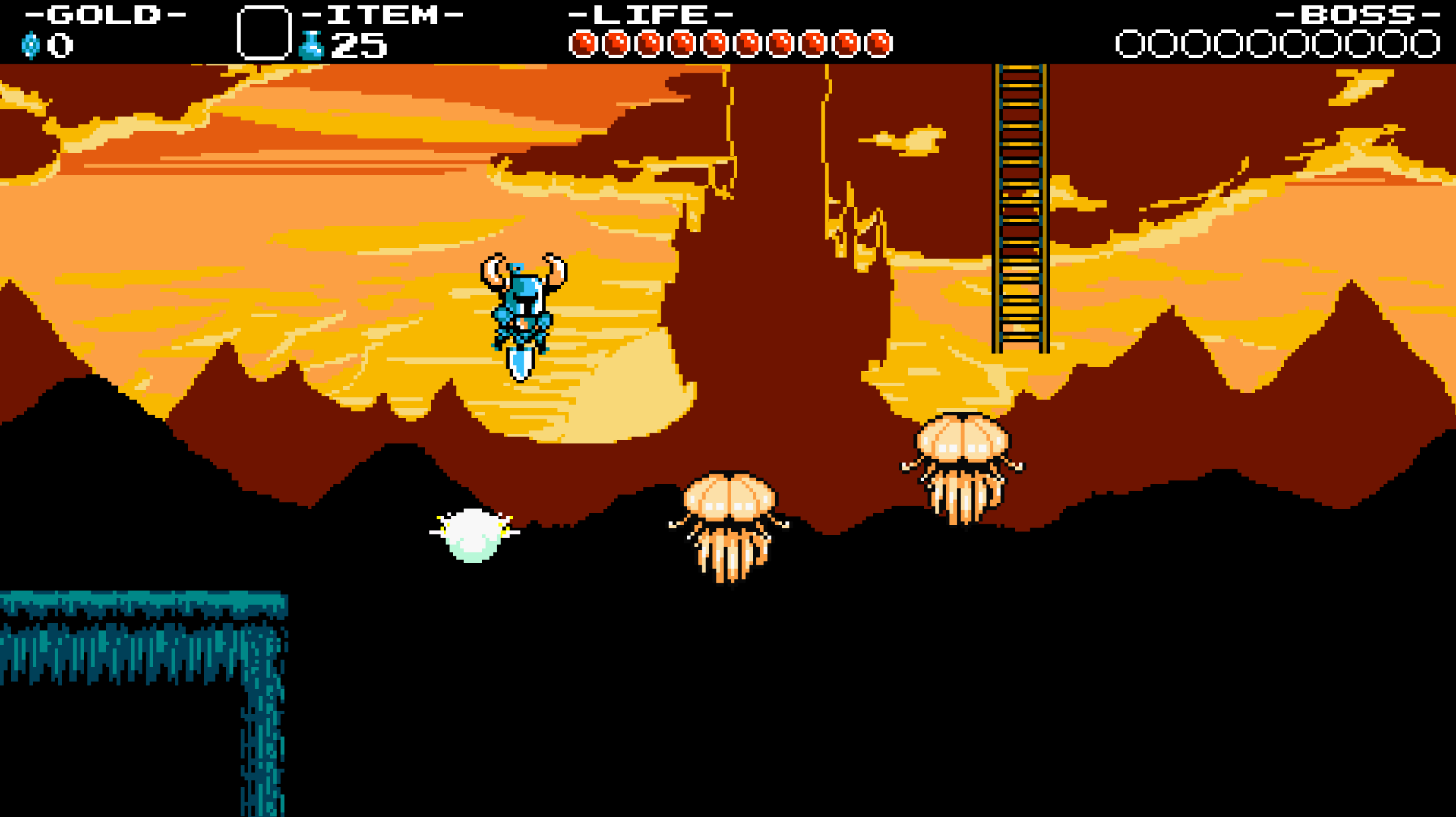 Shovel Pogo off of floating jellyfish? Sure! Why not? 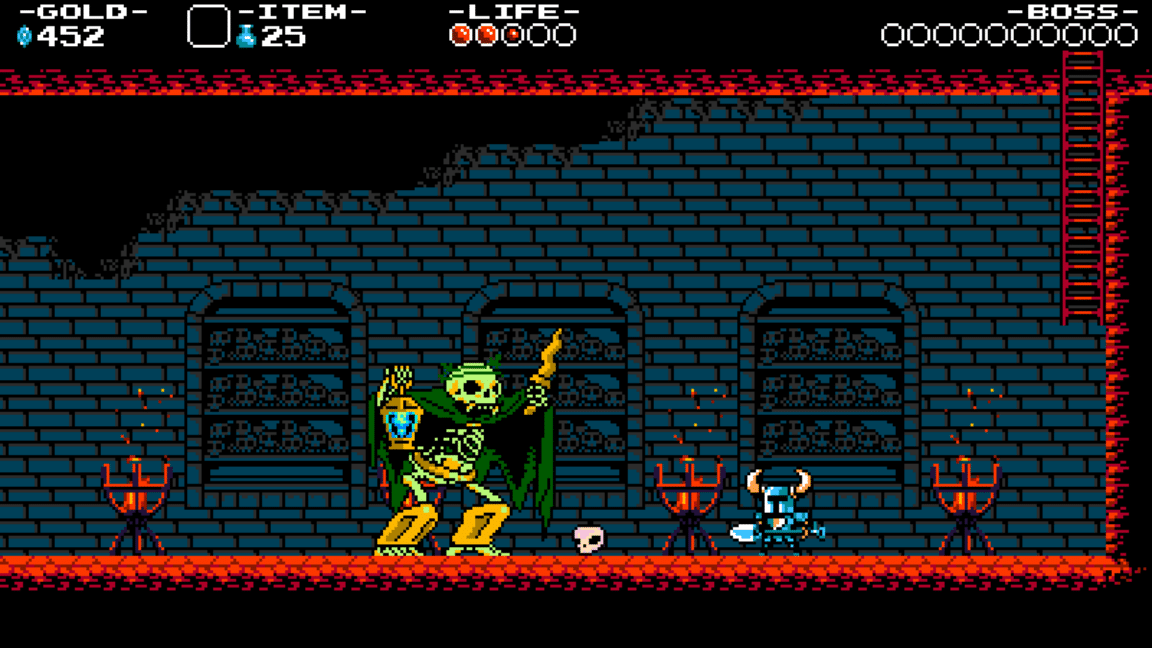 This is one of the tougher monsters in the game! (and it looks it)!
как научиться подтягиваться с нуля
alimentos para engordar
3DSE for EveryoneKickstarterPC gamingReviewWii U
0 comment
0
FacebookTwitterPinterestRedditEmail

Ask the Editors: Should I Buy Disney Infinity for the Nintendo Wii?