So, if you are like me, you have a child who is obsessed with Skylanders, but you have never actually played the game. Due to this complete lack of playing, you might not understand it when you get lectured for the 50th time on why – despite his coolness – Lob Star was a waste because Snap Shot can unlock all the water stuff anyway… and he came with the game. Or the age-old lecture about why Roller Brawl was not an acceptable alternative to Krypt King. Well, the good news is that you’re in luck!

Since I fail at playing Skylanders with my daughter, I have researched how to get what she needs for the game, and what all these other pieces are so I’m not spending more than is needed! If you are a misguided parent who just wants to know what your kids need (all on one place) this is going to be a great read. A word of caution though, this is not intended for collectors. If you plan on buying ALL of the figured and traps, then this guide won’t do a huge amount for you.

Below you will find a list of the toy components to the current Skylanders Trap Team game along with explanations of what they do. 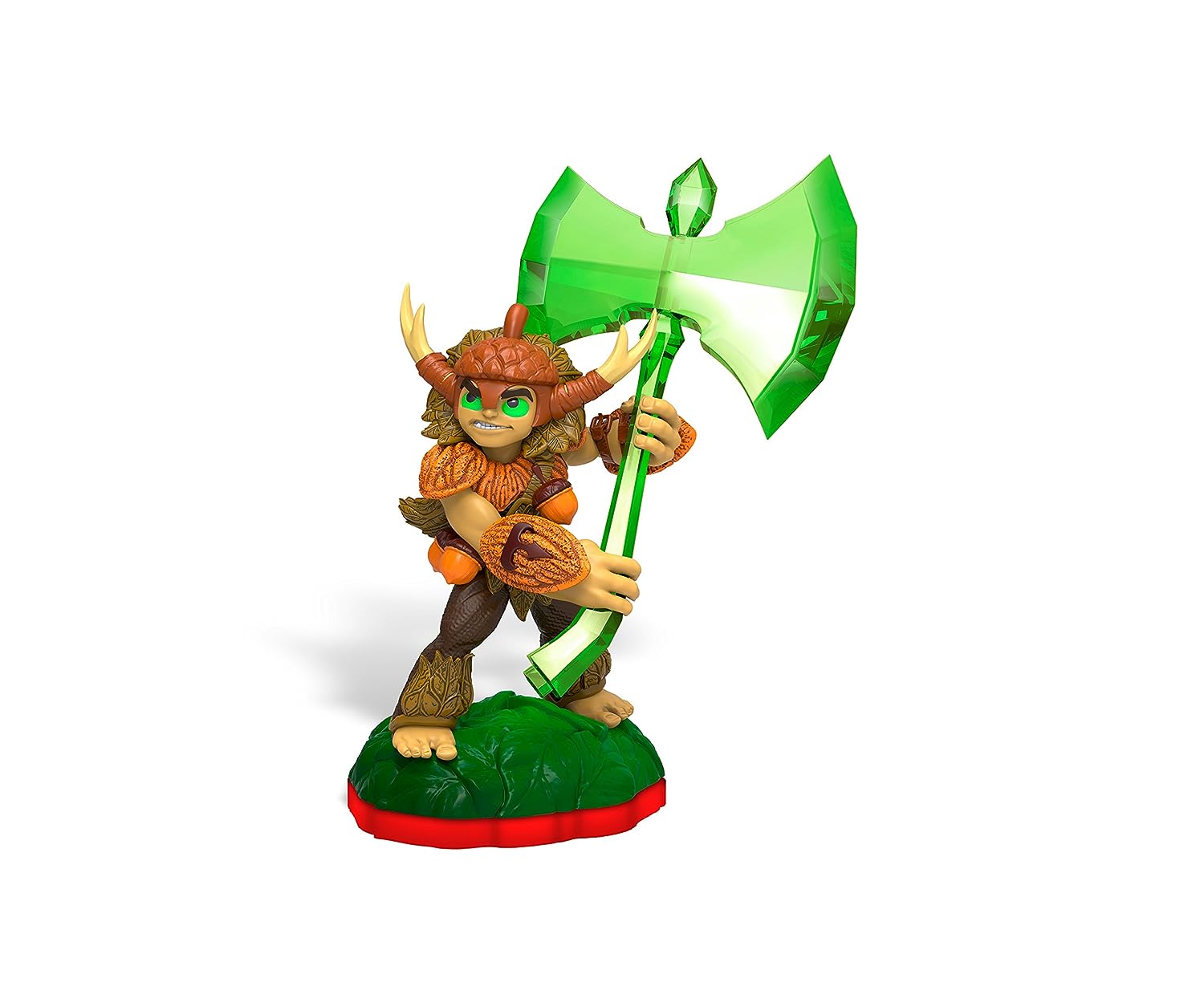 $14.99 – These guys are the powerhouses of Trap Team. They unlock secret areas in the game and can break Traptanium deposits (which will usually be hiding treasure or other interesting items).

In order to unlock all of the content, you’ll need trap masters from all 10 elements, These are the trap masters that are currently available:

There will be two Trap Masters for each element once the total run is completed, but as of today, these are the ones that have been released in the US.

” target=”_blank”>Skylanders Traps are used to store captured villains and are needed to complete “redemption quests” for the different villains. 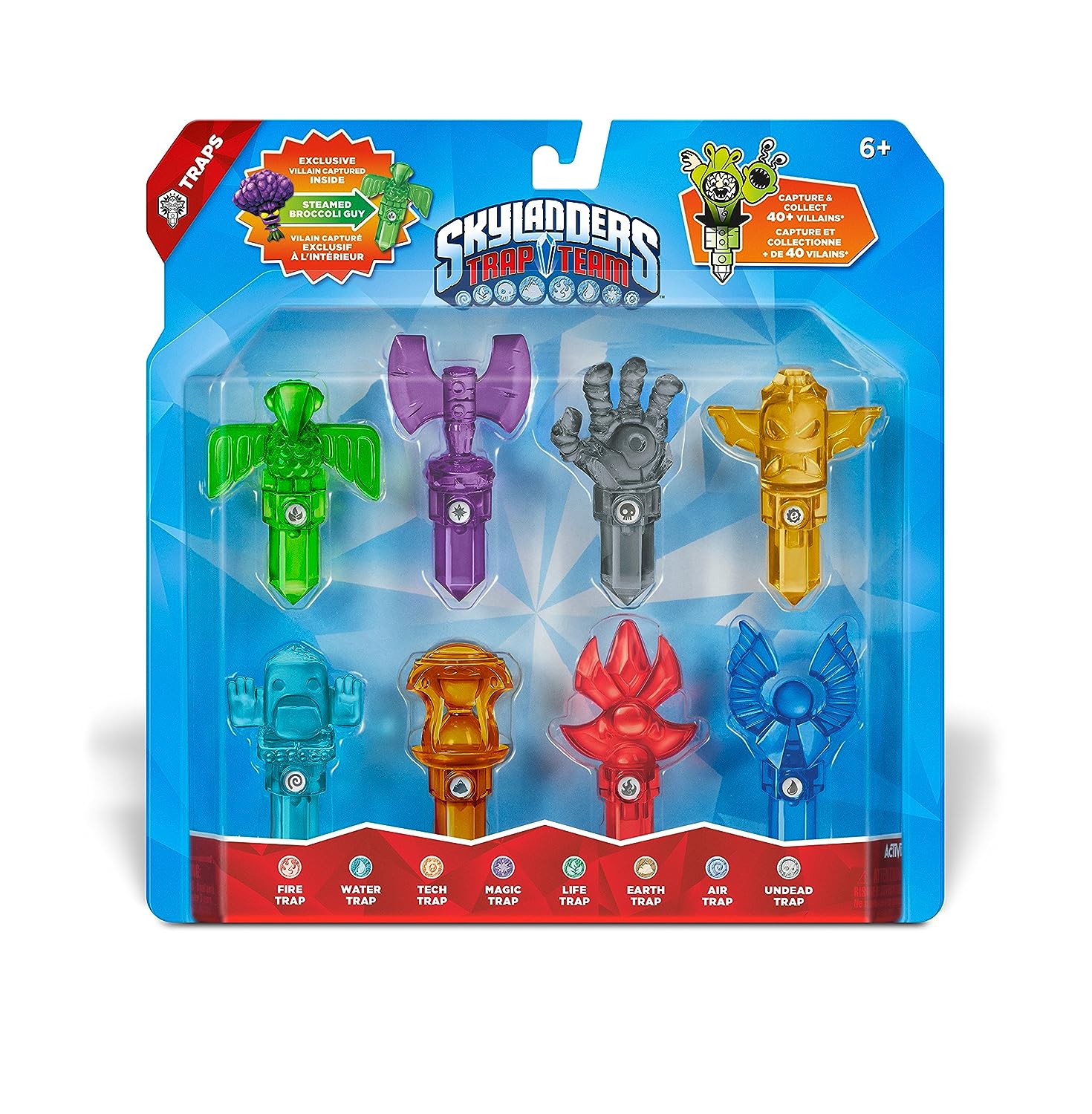 You use each trap to store a single villain from the game. You can switch them out at any time at your in-game vault, so you only NEED one trap of each element to access all of the villain’s content.

Another interesting note – if you defeat a villain, they will be available in the vault, even if you don’t have a trap for them at the time. (The only thing you miss out on is the trapping cinematic!)

Light and Dark traps have been added to the game, but they are only available in their associated expansions (see below).

In addition to the elemental traps, there is also the VERY difficult to find Kaos trap (Here’s my feeling on that). This trap is sold separately for $5.99, as a part of a 3 pack (GS exclusive) for $15.99, or in the Dark edition. It is required to trap Kaos (the final villain of the game) and to complete his redemption quest.

**NOTE: THE GAME CAN BE BEATEN AND PLAYED WITHOUT TRAPS, THEY ARE ONLY REQUIRED FOR ADDITIONAL MINI-GAME CONTENT 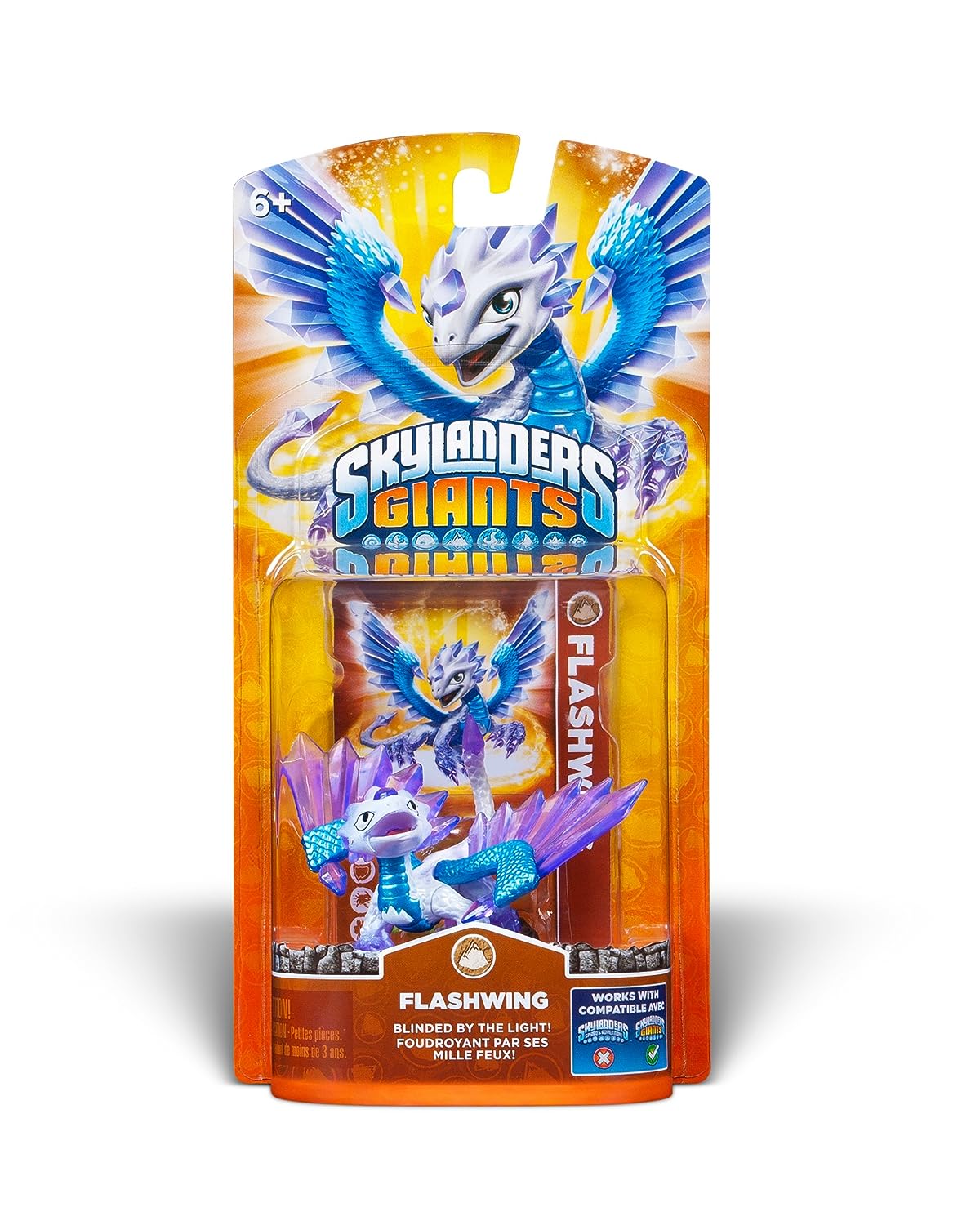 Many people ask us which Skylanders can be used for which games. We created a handy guide to tell them apart. However, a rule of thumb is that Skylanders GAMES are always backwards compatible but the Skylanders figures themselves are not. They typically sell for $9.99. 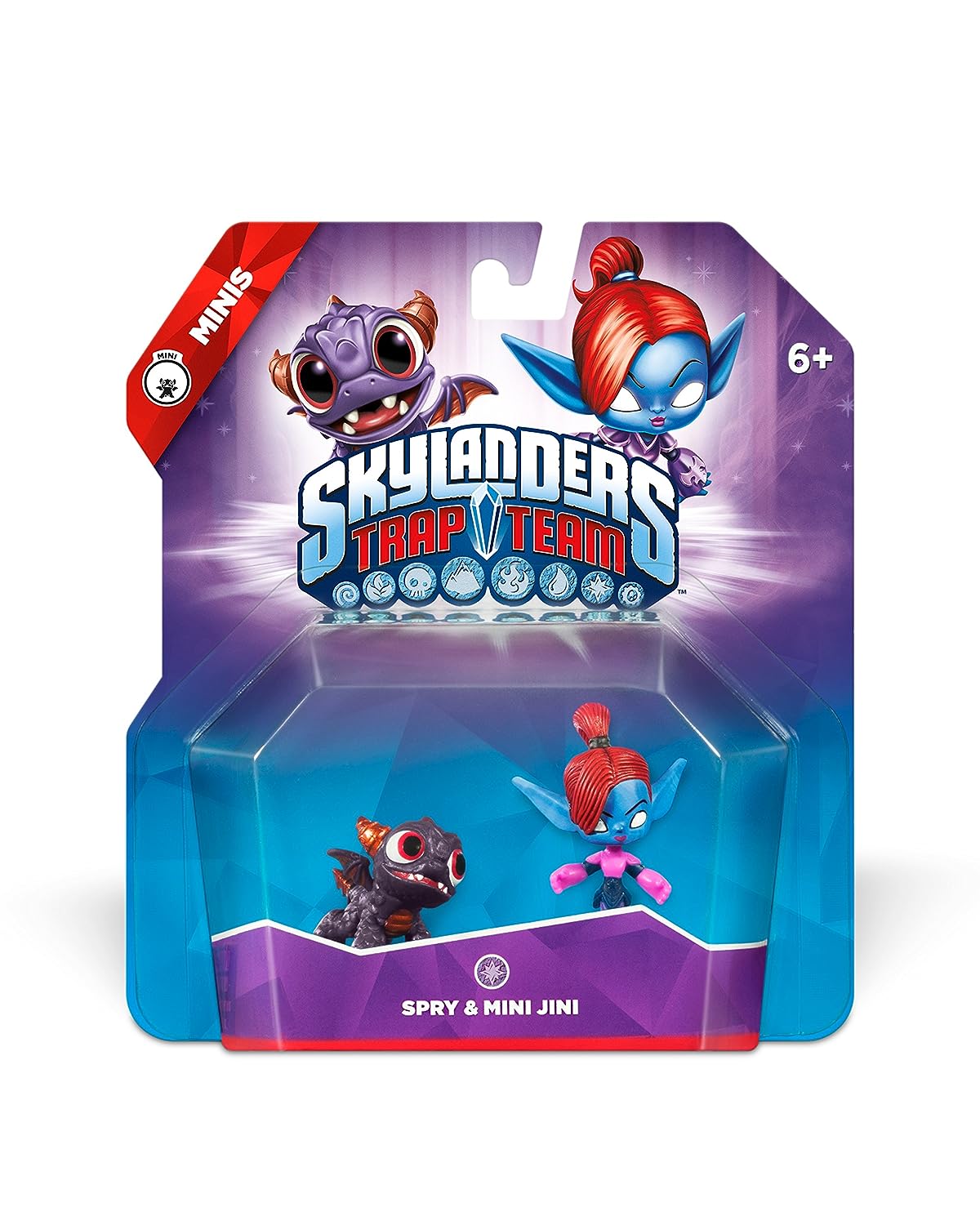 $13.99 – These super cute characters can be used to access an exclusive mini level. They have the same powers as the original characters that they are based on, but they are not backwards compatible. They come in twin packs.

Eon’s Elite – Game Stop Exclusive – These variant characters are three times more powerful than normal versions in the Skylanders Trap Team game. The Elite characters are all Skylanders from older games remade in cool holographic packaging, and will work in any version of Skylanders that their non-Elite version would be able to play. They don’t add content to Trap Team, but they are definitely a boost with regard to finishing content. At a price point of $24.99, they are not a necessary addition unless you are a collector, want older characters that aren’t difficult to play, or you just really want a super cool version of Spyro!

Nitro – Target Exclusive – $14.99 – This set continues a variant that started in Swap Force. In the past, these figures were speedier than their counterparts, though I haven’t found much more information about their performance in game. They also do not appear to unlock additional content, other than giving you an additional entry in the Skylander library. Currently there are two Trap Masters available (Nitro Head Rush & Nitro Krypt King). 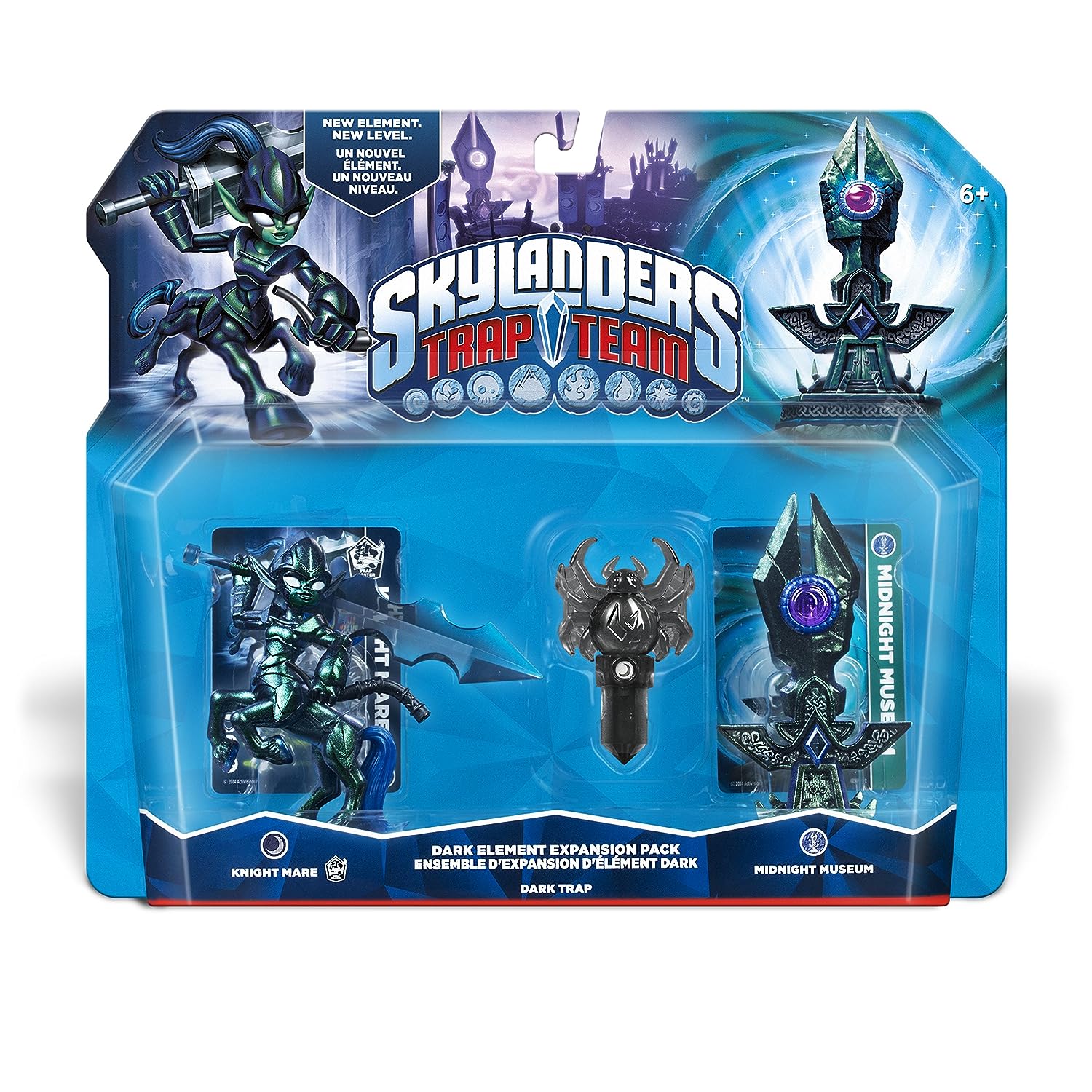 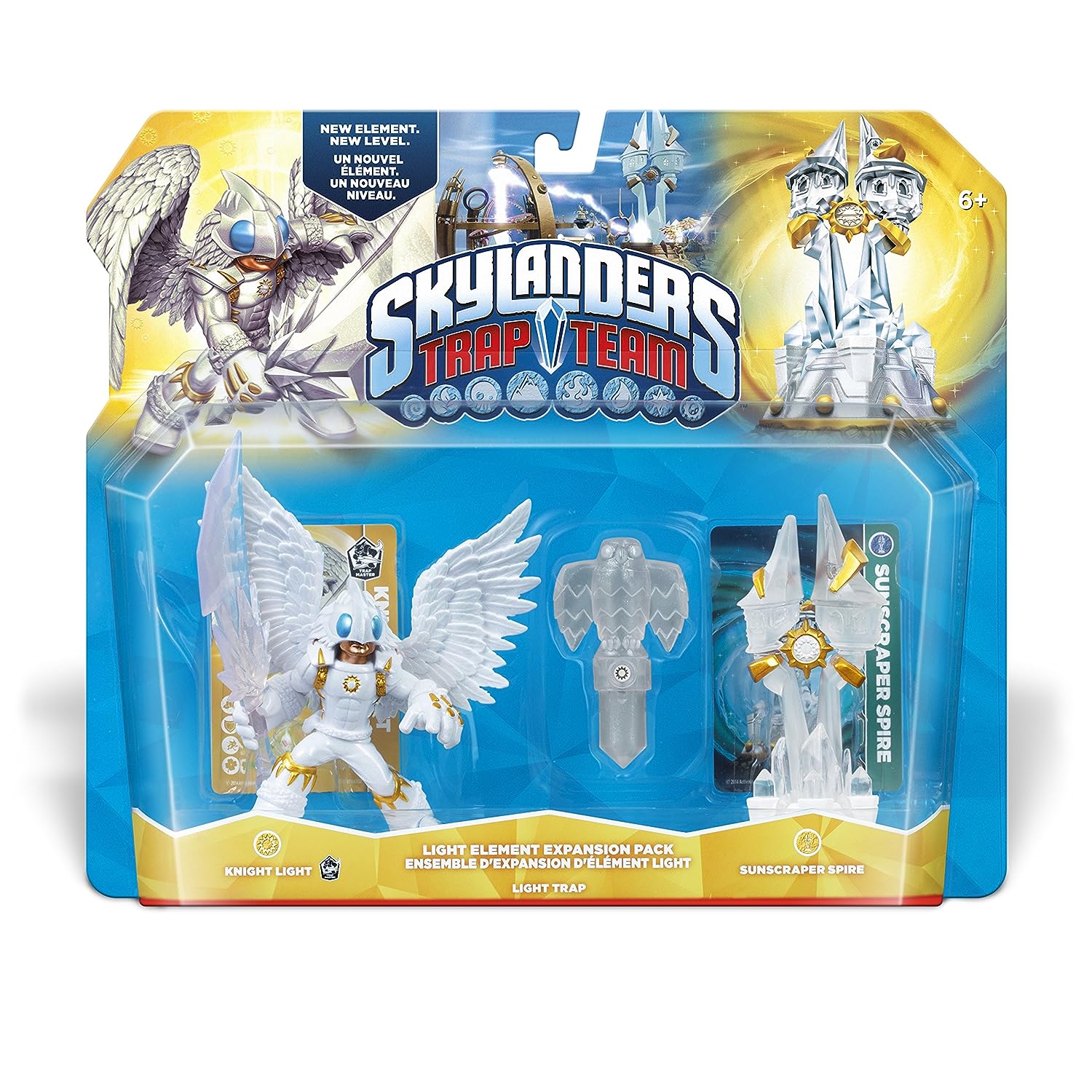 For a complete list of release schedules, “waves”, additional not-yet-released Skylanders, and chase variants, check out the awesome resources over at Skylander’s Character List! It is a great website that will be a MASSIVE help to collectors.

The Nintendo Switch – What Parents Need to...