Revisiting Retro Games: Addressing Sexism and Racism in Games With Our Kids

Retro games are a product of their time. While most kid-friendly games are unlikely to contain content which is excessively violent, overtly sexual, or gory in nature, some older games do have questionable content. This content can include open bias against characters based on their gender, race, appearance, or behavior. So what do you, as a parent, do to address these things in games which are otherwise kid-friendly?
Personally, I try to take an approach similar to the way I talk about Warner Brothers cartoons with my daughter. There is a fair amount of racist content in their vintage cartoons and we try to talk about it when we can. WB continues to air some of those cartoons on streaming services like Amazon, etc. They do so with a warning though stating that the cartoons portray some of the racial prejudices which were common at the time. They go further to state that these prejudices were wrong then, and wrong now, and that they only continue to show these cartoons because “to do otherwise would be the same as claiming these prejudices never existed.” I think it is important to handle these issues in video games the same way. Facing them head on by talking to your child is a great chance for you to teach them that biases exist, and how to handle them. 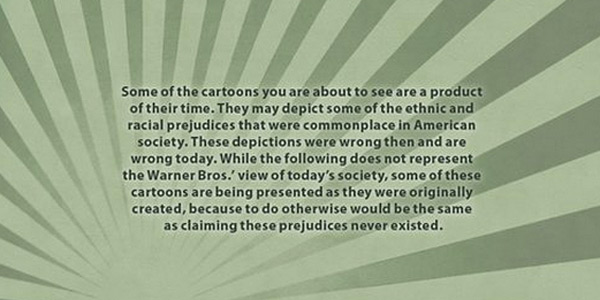 So, when we encounter content in an older game which displays a bias or prejudice, we talk about it. This is easier with older kids, who know a bit more about the world, but little kids can understand it too. “When this game was made, people weren’t as good at being kind to others as we try to be now,” is a great place to start. You can talk about a character’s behavior or portrayal, and identify with them which prejudices or stereotypes are present. This is a chance to talk with them about how they think that behavior or portrayal could be improved. You can talk about things like:

If you’re up for a next-level discussion about these topics, talk with your kids about how to speak up (or call in the help of a grown up) if they see these sorts of things in real life. Kids are able to understand kind interactions from a pretty young age – and helping them foster their ability to set a kind example for others can make a big impact. Teaching them the basics of call-ins (addressing bias directly, but discretely) with their peers, or how to provide direct support for someone being treated poorly helps give them tools to manage a complicated world.

In our household, the Mega Man franchise is a big deal. My husband is a huge Mega Man fan. We play through the games, read the comics, and have Mega Man toys everywhere. A few years back, our daughter lamented that Roll (Mega Man’s ‘sister’) wasn’t a playable character, and mostly played a support role, despite being built to be just like Mega Man.

We explained that, for a long time, you didn’t see a lot of female playable characters in games. Some of this was because video games were aimed at boys, and people mistakenly thought they wouldn’t like to play a female character. Other video game companies simply made male playable characters because that’s what everyone else did at the time. We talked about how Roll played a bigger part in other parts of the franchise, and which aspects of the Roll character she’d like to have in the video games.

We spent a few minutes dreaming up her ideal gaming experience – which would be a Mega Man game which allowed for either Rock (Mega Man) or Roll to be playable, and maybe even a cooperative mode. Then we talked about the games we all liked which had playable female characters. It was a quick and easy way to address the issue, and think about what would be better.

It’s important to stress with these older games that we, as a society, often mess up – and the most important thing we can do afterwards is learn. We are always growing and learning new ways to be kind and respectful towards others. It’s important to acknowledge when people have gotten it wrong, and celebrate when you encounter something together which was done well. So when you encounter great things in older games – camaraderie between characters, good storylines, etc. we have to highlight them. The Legend of Zelda series is full of stereotype breakers – from Zelda-as-Sheik, to the quiet and small Link. Metroid’s Samus is the strong, independent hero who just happened to be female. There are so many great characters across the old games.
We hope this article helps you feel empowered to tackle some of those great old games which sadly come along with some old prejudices. Facing those issues head-on gives us not only the chance to address some of life’s harder subjects with our kids in a simple way, but it is one way we can acknowledge the growth society is always going through, towards a kinder tomorrow.