One For The Grown-ups – God of War

***Mild spoiler warnings for those who want to stay spoiler free – I’ll be discussing game elements and largely avoiding plot, but there will be a few very small reveals – consider yourself warned.***

God of War -is back and it is better and more different than ever! In the previous games, Kratos ascended to Godhood in an all out one man war of vengeance against the Greek pantheon who betrayed him. This time around, Kratos is battling the Norse Gods and their underlings, but for entirely different reasons.

For those of you not familiar with the franchise thus far, don’t sweat it. The latest entry in the series is a soft reboot that leaves enough room for newcomers to get somewhat familiar with the story. Rest assured, you’ll have a deeper more meaningful experience if you’ve played the previous three playstation releases, but it’s hardly a requirement.

Until this release, apart from a few minor variations, the series has stayed close to the form and style of the first game. And, while fans would no doubt have been entirely fine to leap into another round of God-slaying, this game takes a decidedly different tone. Like many popular franchises that have gone the soft reboot route, the new God of War includes a number of open-world RPG elements. Kratos has evolved from the previous games and now has levels, armor, loot and different equipment, and his equipment will affect Kratos’ ability to take on various threats in their unique environments. Enemies in the new God of War have levels as well and these scale as Kratos levels up. 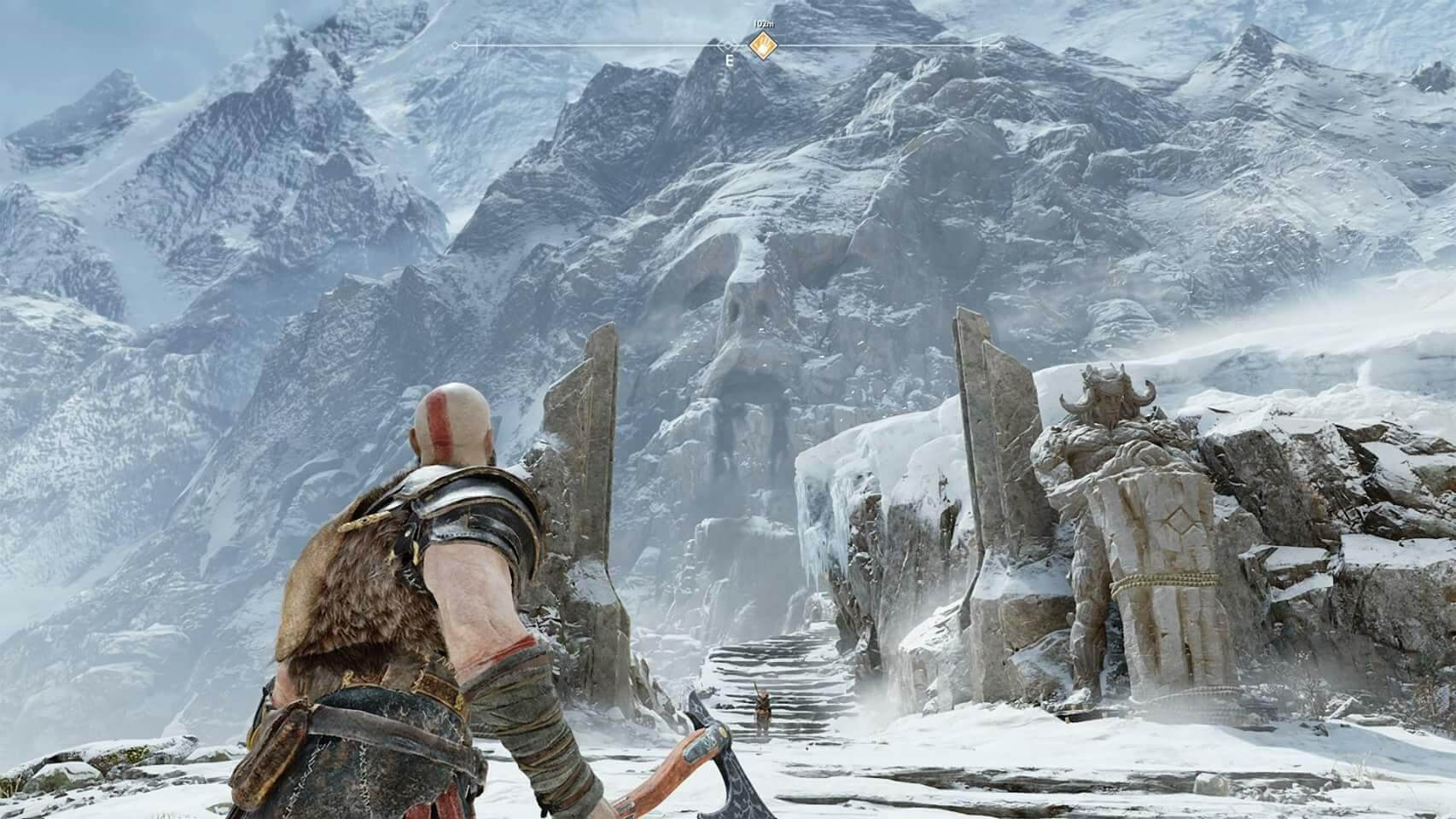 Note that, while these shifts constitute massive changes, the core of the game remains unchanged. Kratos is still absolutely brutal death dealer, but the tone of the game has changed considerably. The modulation in tone is largely thanks to the addition of Kratos’s son, Atreus. Kratos’s unhinged fury has been tempered into patient calculating resourcefulness. These changes are largely observable through Kratos’s relationship with his son, Atreus. Kratos has in no way abandoned the violent tendencies that made him a horrifying revenge-monster. However, with his young son Atreus to protect and guide, we also get to see Kratos patiently (most times) mentoring his son as they both discover more about the world around them and each other. .

Kratos as a dad is spectacular and his relationship with his son is the emotional core of the game. This almost goes without saying, however, this is where to storytelling really excels. What could have easily been an overwrought predictable maudlin “escort journey the game” is instead handled with deftness and subtly. My favorite scenes are spare in dialogue and disarmingly sincere. Kratos still wrestles with his past. The game acknowledges this, yet gives him a way to redemption by way of his son, Atreus.  If nothing else, Kratos is determined to guide his son toward a different path than the one Kratos chose for himself.

The original game was intentionally bawdy and fantastically violent. In this latest iteration, the quick-time sex events (seriously) and over-the-top violence have been replaced with something far more sincere – Kratos holds his son’s tear streaked face in huge blood-stained hands as they both cope with unspeakable grief and it is, without a doubt, a most natural and necessary evolution. I’ve loved every game in the God of War series but this one managed to incorporate emotional scaffolding upon which new stories can be built. I’m already chomping at the bit for the follow up.

2018 Mensa Select Winners Have Been Announced!