Board Game Review: Mars vs Earth

Mars vs Earth, by Geek Fever Games, is a hidden allegiance game set in the 1950s with a War of the Worlds theme. It has been carefully crafted over the last few years by a small team based in Connecticut. The development process has been a family affair as their playtesting team has included the designer’s wives, children, and closest friends. Forgive my sappy phrasing, but this game was obviously created by a family to be played by a similar type of group.

The bottom line here: If you are looking for a game to add to the rotation for your regular play group or to play as a family, then this is a very good choice. Just be prepared to question everything they ever say again.

The bulk of the game play works as follows.

Each player is secretly dealt a DNA card at the start of the game. This card will determine whether you are a human or an alien and will likewise determine your overall goal.

The players, as a unit, will be given a series of missions that will need to be completed. Humans want missions to succeed as completing twelve of them will eliminate the alien invasion. Aliens want to see them fail and thus weaken the human race for the ultimate takeover.

Completing missions requires players to discard skill cards into a collective pool. These discards are done blindly, meaning that an alien among the players could easily put the wrong skill type into the pool as sabotage. They can’t be too obvious though because after each set of missions is completed (whether they succeeded or not) players can accuse other people at the table and potentially reveal them.

After four missions have been successfully completed a new round of DNA cards is distributed (secretly) that will either turn loyal humans into Alien clones OR make already existing aliens that much more powerful.

I had the pleasure of sitting in on several games of Mars vs Earth with the designers and it was a blast. It only took them five minutes to teach me to play and I was engrossed in the action. This is a very “mechanics light” game so people who are easily intimidated by other board games should be put at ease.

It is also worth noting that the artwork in Mars vs. Earth is incredible. Each Agent card features carefully crafted illustrations and the game board, while a little chaotic, gives players a clear view of their objectives.

As for families with younger children: There is very little reading involved, but playing the game successfully does require that players have a reasonable poker face. Young children who have trouble keeping secrets will struggle with this one. This experience is ideal for a group of players that can all bluff their way through the different scenarios. Even one player who giggles in the face of accusation (or has any other obvious tell) will hurt everyone’s enjoyment. 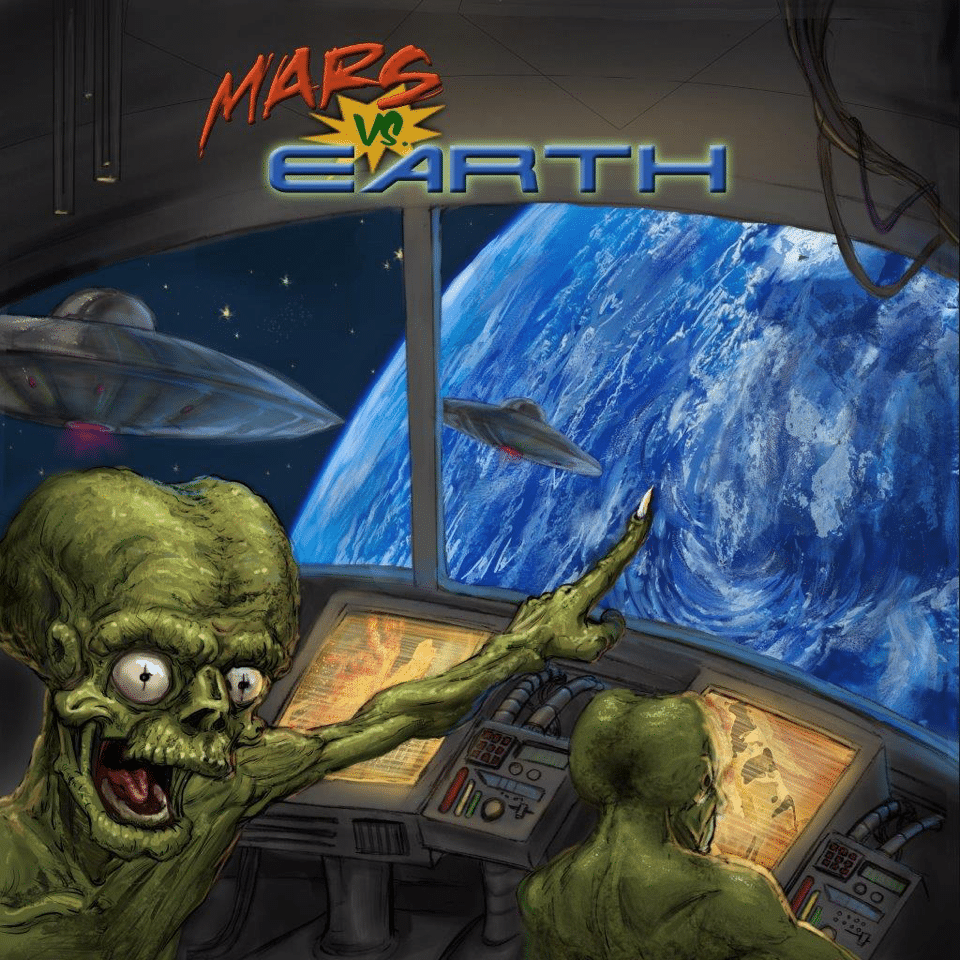 Mars vs. Earth can be purchased here.

Disclosure: The artist on Mars vs. Earth is Ben Foster who is one of the writers on Engaged Family Gaming.