Reviewed on Wii U

Nintendo celebrated the 30th Anniversary of the Super Mario Brothers franchise by releasing Super Mario Maker. This, more or less, gives players the keys to Bowser’s castle and letting them create the Mario levels of their dreams. This is all done using an interface that gives people the most compelling reason to use their Wii U game pads. 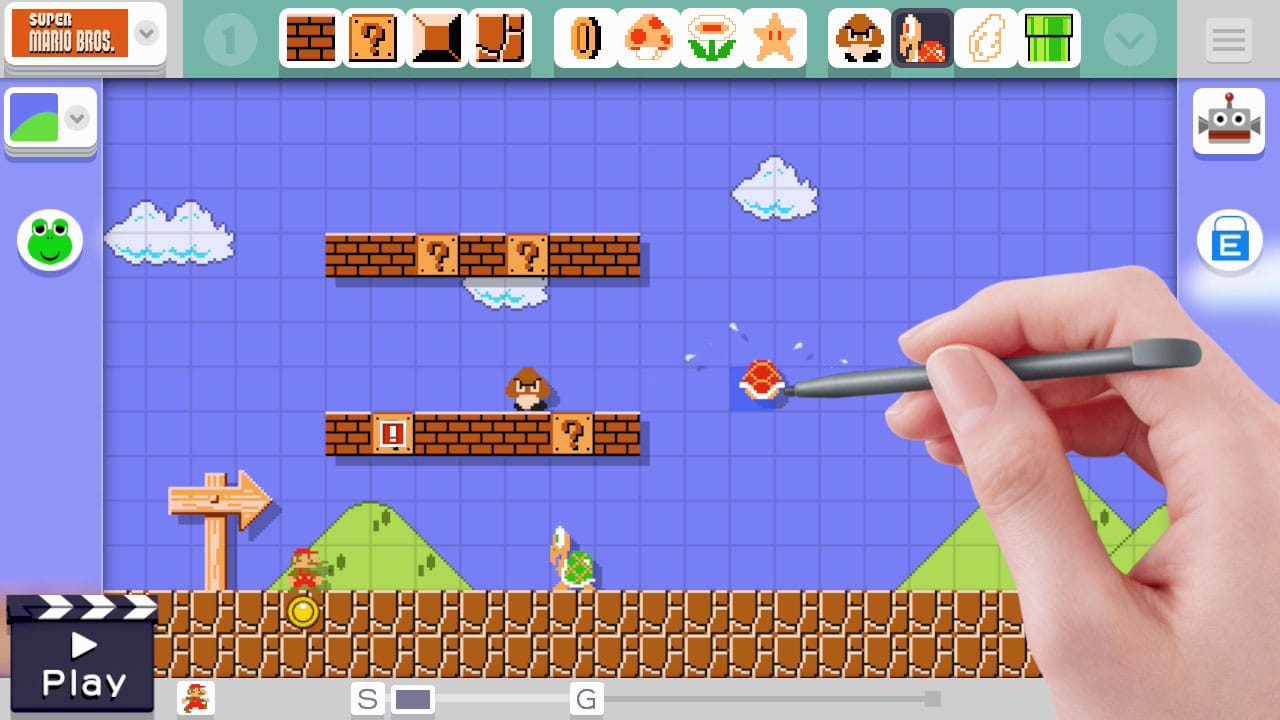 Man is this game fun!

Virtually everyone who grew up playing Nintendo has dreamt of making their own levels, but were never given the chance without using tools online (that have questionable legality). Super Mario Maker helps to unleash the level designer in all of us. Nintendo has accomplished this by letting players use the Wii U gamepad to draw bricks and platforms using the stylus and place the various enemies wherever they want want. Once your level is complete you can simply complete it and then post it online for others to enjoy!

It’s not all about creation though. There are several modes that are built around playing being presented with crazy levels. First is the 10 Mario challenge where you are given ten lives to complete 8 levels created by the staff at Nintendo. These are designed to give players an idea of what can be done with the tools in the game. Completing them actually unlocks a template that you can mess around with later!

The 100 Mario Challenge takes things to another level. You are given one hundred lives to complete 16 levels created by the audience at large. They are random so you never really know what you will find. The good news is that if you run across a level you don’t think you can beat all you do is swipe on the gamepad and another level is selected for you. This is a great way to test your skills and to unlock special costumes for the different characters in the game.

There is a hidden advantage to Mario fans here in that Super Mario Maker is a game that will, essentially, never end. There will always be new levels to play (as of this writing there are already over 1 million stages up and available to play and growing rapidly. Sure, there are problems where some of the levels aren’t up to par, but not everyone is a professional game designer.

If I were to name one flaw to the game it is that there is currently no easy way to find good levels. Nintendo has never been very good at the online components to their games and this is, sadly, no exception. You can mark creators that you enjoy as favorites so that you get notifications when they create more, but that isn’t a very elegant solution. The good news is that this is easily patchable so we can just wait a bit and I am certain Nintendo will act and update that feature.

This is a Super Mario Brothers game so it is, in general, safe for consumption. However, it does include an online component so there can be some variance since you are dealing with levels created by other players.

Super Mario Maker is a challenging game. The challenge can also vary greatly when playing some of the levels online. The controls will also change up a bit depending on the theme, but this is not a huge problem.

This is a must own for Wii U owners. This is especially true if anyone in your family has aspirations of creating games at some point.