It is always great to return to a familiar and comfortable place.

Level 5 Studios released Ni No Kuni: Wrath of the White Witch several years ago. They made it in cooperation with Studio Ghibli. It felt like they took Spirited Away, Princess Mononoke, and Ponyo and turned them into a video game. It was wonderful.

Level 5 then began work on Ni No Kuni 2 exclusively for the PS4 with the goal of matching the art, the style, and the story. They succeeded.

Ni No Kuni 2: Revenant Kingdom is one of the most family friendly role playing video games of this year.  My claim is that it is also one of the most educational games as well. It doesn’t teach STEM skills or artistic skills. But, it helps teach a lesson in leadership. The games story focuses around the journey of Evan, an overthrown young king who wants to rebuild his lost kingdom unite the lands around it in peace. Every feature and detail in the game works in concert to reinforce this theme with a heavy dash of fantasy and whimsy to keep things light.

Ni No Kuni 2 takes a large departure from the original game and starts the action of the game almost immediately. I am trying hard to avoid spoiling the story, but a mysterious man named Roland is magically transported into the castle of Ding Dong Dell just as the kingdom is about to be overthrown. Fans of the first game will see constant call backs to the original game without muddling the main story or being required to appreciate the story unfolding before you. 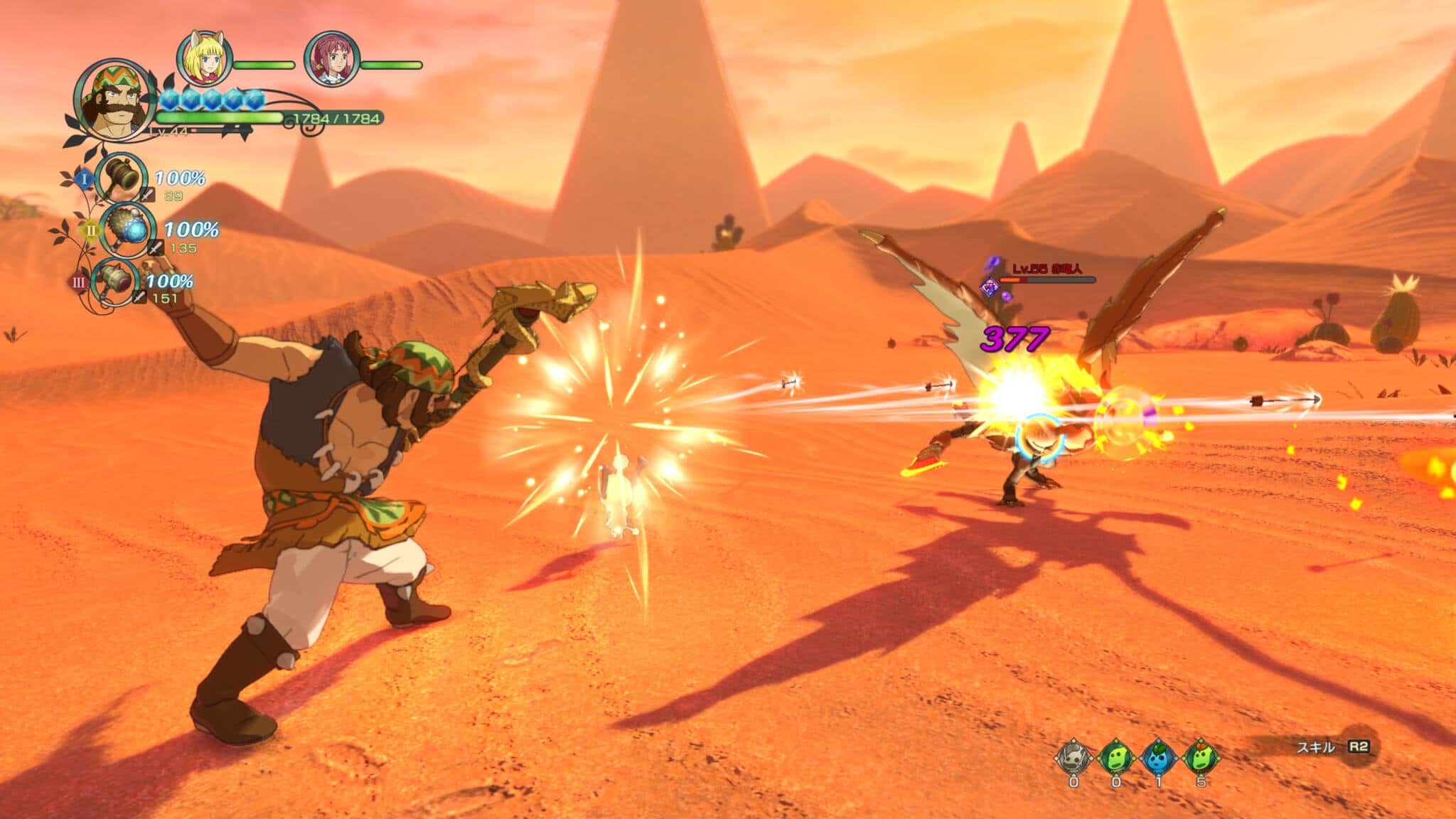 This game was never a grind. Evan’s quest is interwoven with a variety of small stories that, however brief, breath more life into the world. Evan can meet and recruit people for the kingdom of his own while on his way to confront leaders of troubled kingdoms.  Evan’s kingdom also serves as a hub to create and upgrade his friend’s weapons and armor, learn new abilities, and unlock new places to explore. It’s even a city building mini-game in its own right.

This game wants you to play at your own pace so you can soak in every beautiful detail. Even overland travel is a joy to take in, and frequent travel hubs allow you to instantly teleport back to locations you have already traveled to (Hint: Trip Doors are your friends. Use them often.)

My only complaint is that Level 5 relies too heavily on whimsical humor to get its themes across. The apprentice blacksmith you recruit? Nu Bi. The Dogkin person you recruit for the armorers? Fai Do. The grizzled veteran? Bai Gon. The merchant is named Price. Your lumberjack is named Chi Pi. Players should be advised of heavy levels of puns during game play and the heavy groans almost pull you out of the fun… almost. If you meet someone in town with a name, chances are there will be a quest to recruit them eventually.

This game take advantage of recent video game practices to keep failure or sudden spikes in difficulty from derailing play. The side quests between major questing areas provide just enough experience to your characters to keep them in line with the next area. If you suddenly arrive in an area where everything seems way to high level, or encounter an optional monster that seems way too difficult, come back to it later (Often by convenient Trip Door). Large scale battles through Kingdom Building will only return you to the beginning of the encounter. 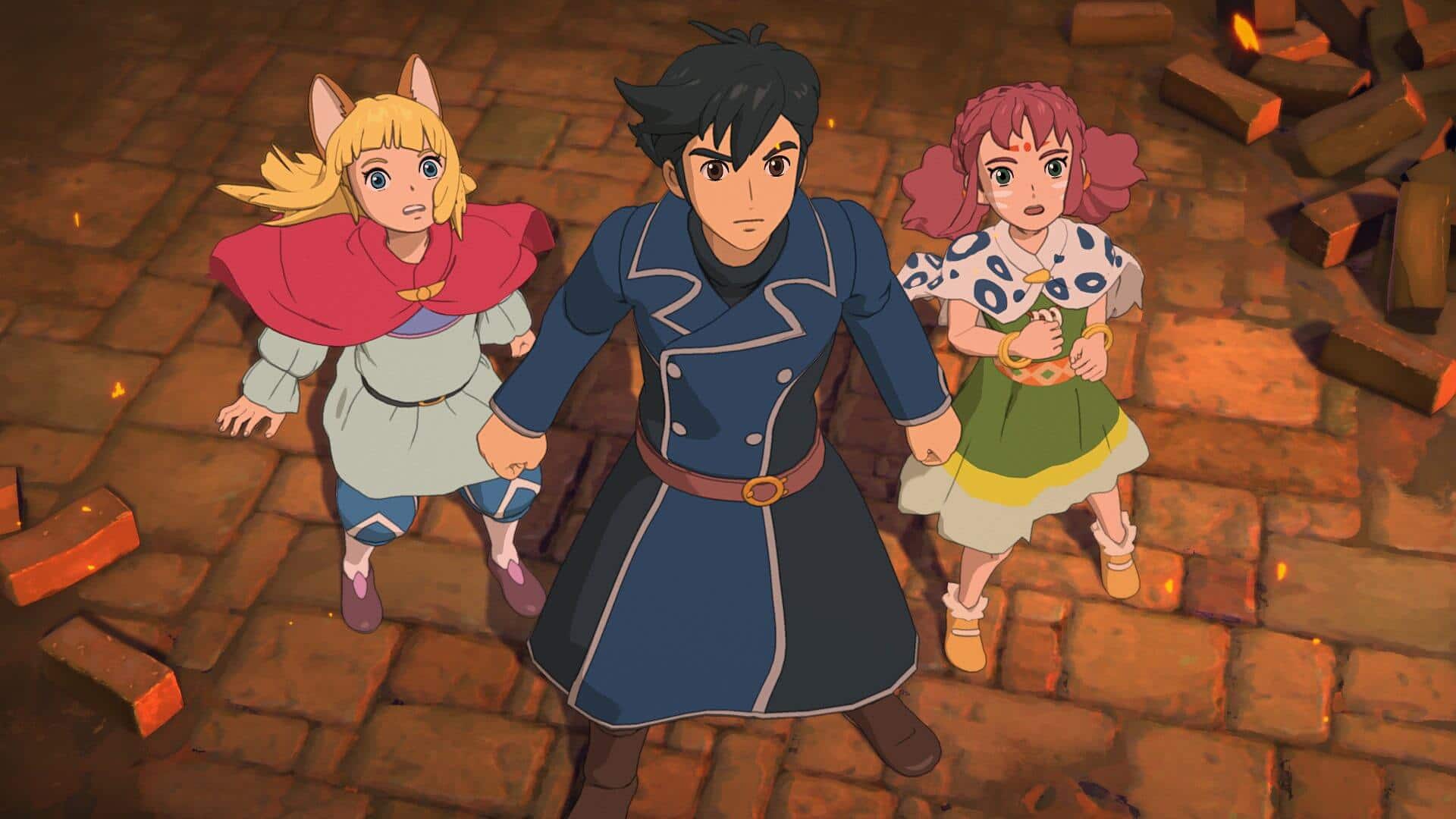 The game provides you every opportunity to re-arm, upgrade, and retool your team. This makes the experience approachable to adults and younger gamers alike. Very young gamers can watch the proceedings, but they might struggle.

Ni No Kuni 2: Revenant Kingdom is a refreshing experience. It is a game that is cartoon-ish and fun, but touches on very important topics that  “serious” games struggle with. This is highly recommended for any family gamers that are fans of the role playing game genre.

It is always great to return to a familiar and comfortable place. Revenant Kingdom let me go there.