Yoshi was originally released as a sidekick to Mario in Super Mario World for the SNES. Since then he has become a pillar of the Nintendo world. His first run as the main character in a game was in Super Mario World 2: Yoshi’s Island. This game was released later on in the life of the Super Nintendo and is regarded by some as one of the best platform games ever made.

Yoshi’s New Island is no slouch either. We thoroughly enjoyed every minute that we played it. The best part of the experience was that all of us (including my six year old) were able to play the game without some of the usual struggles that come with platformers.

That isnʼt to say that that mastering Yoshi’s New Island was easy (far from it), but even the youngest among us could progress through levels without frustration. The real challenges came in the form of boss fights that require precise use of Yoshi’s egg tossing ability. Triggering the ability causes a red x to wave up and down in the direction that Yoshi is facing. It is important to be careful with your timing to make sure you egg tflies in the correct direction.

All mechanics aside, Yoshi’s New Island is a gorgeous game. It is done entirely with a crayon-drawn aesthetic that is more adorable than can be expressed in simple screenshots. 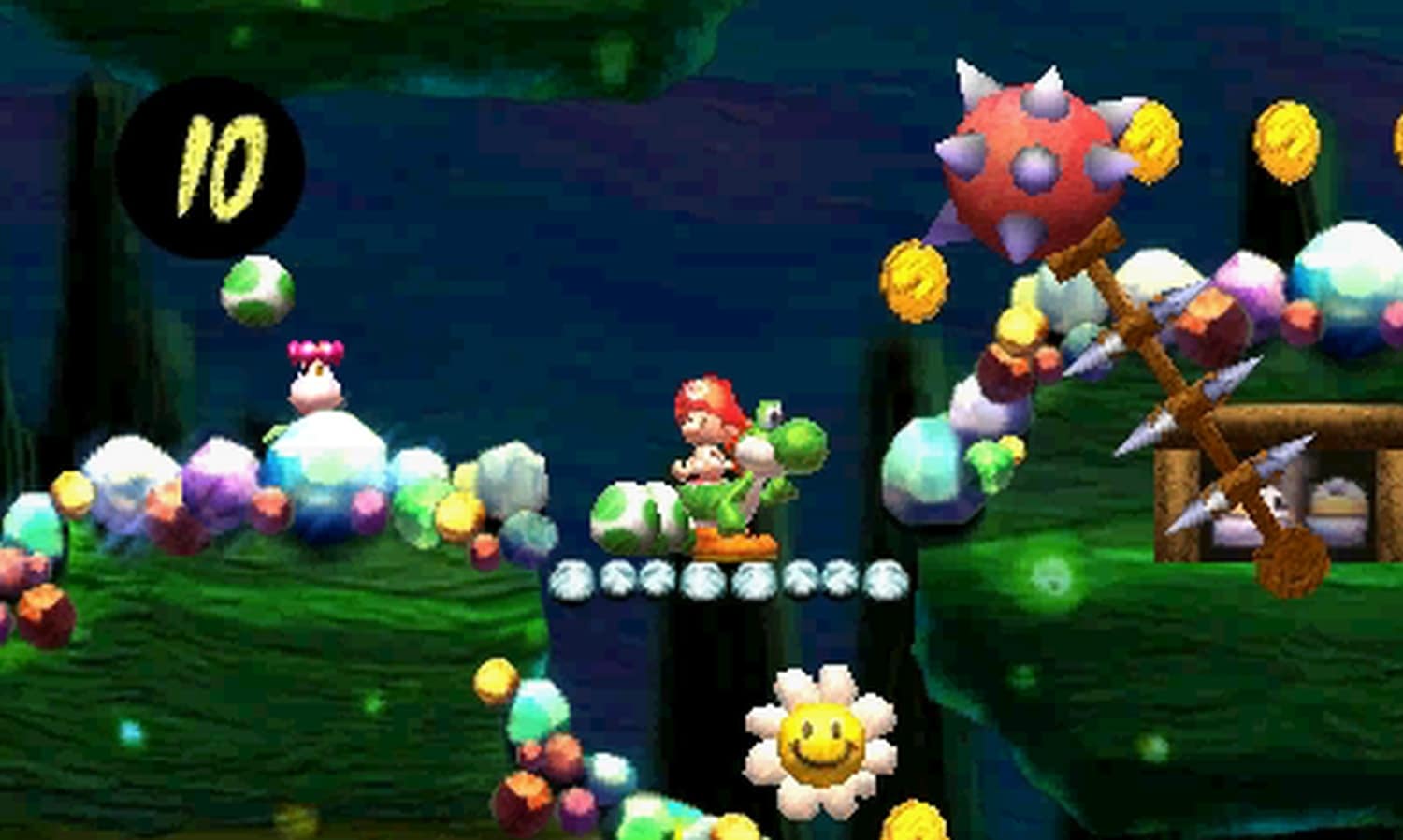 Yoshi’s New Island has the standard level of Super Mario “violence.” There really isnʼt any. There is nothing to be concerned about here. When you combine that with the crayon-drawn art style this game is aesthetically targeted towards younger kids.

There are two main components to discuss here regarding the controls.

First, it follows the standard 2D platform tropes with regards to controls. You use the directional pad to move left left to right and the B button to jump across pits and up to high platforms.

Second, Yoshi is able to shoot eggs at enemies, overcome obstacles, and discover secrets. This is where the challenge comes because as Yoshi winds up to throw you have to choose the direction that the egg will fly. If the player does not have a good sense of angles and trajectories this mechanic can be difficult. This is especially relevant in the boss fights at the end of every world. The player will need to make sure that they have a good handle on how to toss eggs around (Parents: Youʼll want to spend some time practicing the egg tossing if you have younger children. They will struggle with some of the bosses even if they can breeze through the platforming.)

Yoshi’s New Island is a must own game for parents with younger or inexperienced gamers. It is not without its challenges, but this is an excellent introduction to the platforming genre.