I went into 2018 with relatively low expectations. We all know that I am a bottomless pit of hype, but everything is a let down after The Legend of Zelda: Breath of the Wild. This year ended up being a very pleasant surprise as a result. It felt like I had an exciting game to play every time a turned around, and I finished the year with a large back catalog of games from this year that I am still picking away at as we tread into the new year. Take a look for below for some of my favorites. Let me know how you feel in the comments section below!

The Family Games of the Year 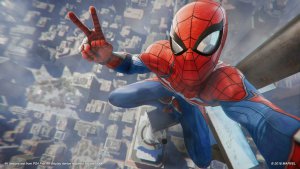 My game of the year, without question, is Marvel’s Spider-Man. I’m a big web-head to begin with, so I was predisposed to like this game. But, nothing prepared me for how much it would captivate me.

In order for a Spider-Man game to work the developers need to nail the traversal. Spider-Man is a hero built around agility and mobility. Insomniac executed perfectly here. I could have spent literal days swinging around their recreation of New York if I didn’t have to work and feed myself. It was a remarkable achievement that made me sad when it was finished.

The web-swinging was so good that I would have tolerated a hack job of a story and still loved the game. That wasn’t a problem though as Insomniac delivered a very interesting story about a slightly older and more experienced Peter Parker. To be honest, its one of the best Spider-Man stories I’ve experienced in a long time. I especially loved how they handled his relationship with Mary Jane.

Marvel’s Spider-Man is a game I’ll remember for a long time and has me ravenous for its inevitable sequel. It is, as far as I am concerned, required reading for anyone who owns a PlayStation 4.

I’ve always struggled to get into Pokemon games. I love the idea of playing them. I have bought several of them and been enamored with them for a while. But, somewhere around hour 20-25 I fall off. The grind catches up with me and I find something else to play.

Pokemon Let’s Go Eevee was the first Pokemon game to overcome that. It managed to give me all of the charm of the Pokemon franchise without the grind. Game Freak did that by removing random encounters and replacing the long-standing pokemon capture system with the system used in Pokemon Go.

I had my doubts as I was waiting for the game to come out. I just didn’t think that Let’s Go would hold my interest. But, I was wrong.

This is a wonderful departure from the earlier games in the franchise. I can’t wait to see what else they do with it. 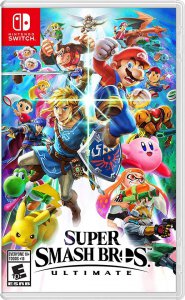 Holy crap. Super Smash Brothers Ultimate is a big video game. Every time I turn it on it feels like I am finding something new. The character list alone contains more than seventy characters that all play very differently from each other. I think I’ll be playing Smash for years with my boys. The value is unquestionable.

Smash’s size isn’t the only thing going for it though. It is a polished fighting game that is fun to play alone and in groups of up to eight players! This is a must-own for families who have large groups of gamers in their house regularly.

EFG fans know that I am a sucker for a retro-inspired platformer. My game of the year in 2014 was Shovel Knight. There is just something about a game being made with modern design sensibilities that also reminds me of the games that captured my imagination as a kid.

The Messenger is clearly inspired by Ninja Gaiden, a devilishly hard ninja game from the NES. But, somewhere along the design process, they decided to add a whole other game into it. I’ll never understand why they would do that to themselves, but their efforts paid off. They somehow combined an 8bit (ish) linear platforming game and a 16bit (ish) exploration platformer into the same product.

They also managed to create one of my favorite games of the year.

Grown-Up Game of the Year 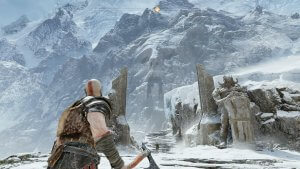 I never liked Kratos or the God of War games. They were crude and juvenile. The only reason we could ever call those games “mature” was for the violence and nudity. The series just echoed on in the background and I ignored it.

But, something about the way Sony was marketing the newest game in that franchise caught my attention. They gave me a glimmer of hope, somehow, that Sony Santa Monica was going to make me care about Kratos and show me that even he could grow up.

I am so glad that I was paying attention, because God of War was the most pleasant surprise I have had in my, near thirty-year gaming, career. Kratos not only grew up, but he matured into a man I could relate to as a father and as someone who has done things I regret.

I, obviously, never hunted down an entire pantheon, but it wasn’t hard to draw connections between his dark past and his obvious pain and regret with some of my more regrettable memories.

Its worth mentioning that I just wrote four paragraphs about a God of War game before I mentioned how amazing the combat was. I loved every second of the combat. It was every bit as brutal as I expected, and it was more personal than I thought I would ever be comfortable with.

This is, obviously, not a game for kids, but I would recommend God of War to anyone who owns a PS4. Grown-ups simply must play this game. 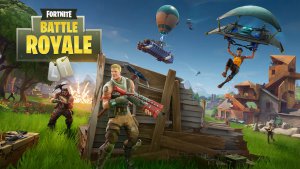 It’s impossible to talk about games of the year in 2018 without talking about Fortnite. It’s a game that has stolen the hearts and minds of (most of) our children and has reached further into our wallets than we ever thought possible. I can’t say that it was one of my favorite games of the year, but I think that we will be talking about Fortnite far longer than we will any of the other games I wrote about in this article. (For more info: Take a look at our Fortnite Beginner’s Guide or our Parent’s Guide to Fortnite)

What were your favorite games of the year? Sound off in the comments and let us know!

Nice write-up! I bought The Messenger last year and now am even more looking forward to getting it out of my backlog.

It wasn’t a game this year, but what did you think of Horizon Zero Dawn? I know you’re a Breath of the Wild fan, and HZD has some similar appeal.

Horizon Zero Dawn was one of my absolute favorite games of last year. So good. Can’t wait for the sequel.